Astrology And Twin Flames, Or Soul Mates, Or Whatever: Avis Vincit Omnium 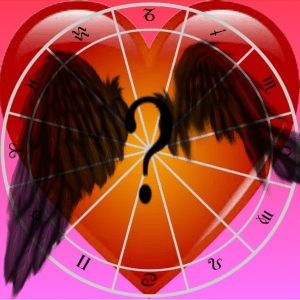 So here we are at the end of this series (the introduction is HERE), and I find myself wondering: well, what about TFSMW? Do I believe in them?

Okay, I know. That wasn’t incredibly satisfying for either of us. But I can tell you this, based on many many years of experience doings readings for people in relationships: no relationship is perfect, because no individual is perfect. Anyone who tells you otherwise might be trying to sucker you into joining a cult. But at the same time, I’ve seen relationships that really do work very well in the long run. And I’ve seen many more that hit a glitch but survive.

I’ve also, as you can imagine, seen a lot of train wrecks. People rarely come to me for a reading because they are mystified as to why everything is running great in their lives. So, given how likely the search for Love is to fail, it’s not the least bit surprising that some people retreat into a safe shell of cynicism and bitterness.

I have had my own reasons to be that way. And God knows I’m a lot more cautious than I was in my youth. In order to better explain where I stand on these things… and since after the Introduction to this series, I told a sad story about a bird, let’s end things on a more hopeful note with a story about another bird… my friend Capricorn. If you haven’t read about him before, CLICK HERE first and get yourself up to date.

Capricorn and I had become close friends since I first met him last December — at least, as close a pair of friends as humans and urban wildlife usually get. Since I last wrote about him, I haven’t taught him anymore English, but I think I’ve developed a certain understanding of what his little tuneful warbles mean. I suspect that, as with many humans, his main subject of conversation is usually the weather.

We’ve gotten close. He’d often drop by just to talk, and not just because I’d feed him sometimes. A couple of times I was actually able to pet him. We were buddies.

I returned home from an outing on the afternoon of July 18th to find Capricorn injured: his right wing broken, and possibly his right leg too. When I saw him in the state, I’m not sure who did the most talking: me, asking him what happened, or him, twittering away on the same subject. Since then, I’ve been feeding him and taking care of him the best that I can, but the wing and the leg haven’t improved.

Last week, Capricorn disappeared. This was pretty upsetting for me. So here I’ve been, for the last week or so, wandering the neighborhood day and night, searching in yards and under trees… often in the rain… with an ever-diminishing hope in my heart and uneaten bread crusts in my pocket, thinking that Nature, red in tooth and claw, had brought about the inevitable.

It turns out that Capricorn wasn’t gone, though. He had taken up a new primary residence with my neighbors, living in the same building as I do but on the other side. It’s safer there, because he has a better place to hide from predators. The neighbors were quite welcoming towards him, because they were well aware of our relationship. They made a point of telling me about this because they actually believed that he was my pet.

They call me “The Magpie Whisperer.” I’ve been called a lot of things in my time, but few of those things are as much a source of happiness to me as that was.

So, now what? Capricorn’s wing and leg have not healed, and even if he evades the cats (and the occasional coyote) in this neighborhood, he’s not likely to survive winter without further intervention. There is a wildlife rescue service in town, but no guarantees that he won’t be put down if I take him there… and if they did make him better, it’s not likely they will hand him over and say  “here’s your magpie.” That, and I’d have to catch him first to take him there, and Capricorn loves his freedom.

So I wait, and I visit when I can, and I am preparing a container for him. I’ll sit with him a few times so he can get used to it. And when the time comes to make my move?

I’ll pray and I’ll hope for the best.

I guess what I’m trying to say is this: if my cynical, damaged being can show this much care and attention for a wild bird, then maybe there’s hope for me yet. And maybe there’s hope for you too, in the event you are searching for your own rara avis. And isn’t that, in the end, what the whole pursuit of a “Twin Flame,” real or imagined, is all about: pursuing the notion of True Love, in the confident hope of a miracle? 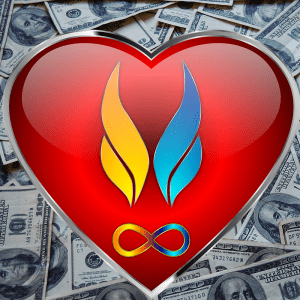