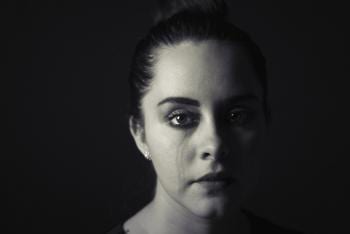 Women express love their emotions and sharing, while men tend to express love through sex. As animals, the male sex in its most basic form, is strictly there to drop its seed and perpetuate the species. Marriage is not an animal construct, but one of faith and humanity. So apart from the fact that men may just be biologically predisposed to cheat, why do we do it?

8. He Doesn’t See You As Attractive Anymore

Marriage and long-term relationships can make a person feel ‘lazy’. Knowing that after a hard day’s work you can grab some Del Taco, settle in front of the TV, and relax the night away, can be a tempting downward spiral to get stuck in. Because men need to be physically stimulated in order to achieve an erection, in order to have sex – his woman simply needs to be sexy to him or else he will not only lose the desire, but the ability to have sex.

Most women can get turned on by a romantic gesture, because for them there is no physical action required for sex – merely for orgasm. This difference often causes those nasty ’she let herself go’ scenarios. Also as you age, those gorgeous and young mistresses, may become increasingly attractive.

7. He Finds The Challenge Exciting

Sometimes for men the thrill is in the hunt. After the way you look when you wake up no longer becomes cute, he may feel that he ’settled’. He may be in the “I Love You But I’m Not In Love With You” stage. For many men the excitement of sexual conquests and trophies brings back that exciting competitive feeling in him. Like getting to taste all 31 flavors while always having his favorite as backup.

6. He Doesn’t Love You Anymore

After a long time in a relationship, he may feel that he’s lost the feelings he once had for you. Often because he knows that you have the power to be hit on and made special by any man with a pulse, he may feel that leaving you would be the wrong thing to do.

Cheating wouldn’t be fair – but it would be easier. Like a band-aid though, this often just prolongs the pain and complicate matters. I personally know of several people who “stay together”, yet see other people. Sometimes knowingly. The thought of separating is just too radical.

5. It Boosts His Self Esteem

Men are competitive creatures. Males fight to the death for the right to mate with a Female. The mention of someone else’s sizeable package, or that a friend gets extraordinary sex, or that another guy is hot, may lead the man to feel threatened.

When in a relationship for a long time, the man can wonder if he’s still as marketable as he feels he once was. For another woman to give him the sense of being desirable can be a siren’s song, leading him to cheat.

4. He Feels You Complain Too Much

Men are taught to go to work, provide for their family, pay the bills, and successfully play the “Alpha” role in the relationship. Even sex can become work when the man doesn’t want to get nagged about a less-than-stellar performance. Many men have known at least one woman who seems to get off on making him feel like crap.

Stupid fights – like the one Dane Cook calls “The Nothing Fight“ can drain a man’s willpower even further. In these cases, the allure of another woman can be the Advil he’s been searching for.

3. The Opportunity Was There

Women can agree to this – most men just can’t say “No” to sex. Men are taught to chase, while women get to relax and allow suitors to come HER way. When the tables are flipped and now the man is getting the attention he usually has to work to GIVE – he’s likely to be seduced.

He knows it may never happen again. Perhaps the ex-girlfriend is lonely and sends him a text message. Perhaps he’s at a party or wedding and the drunk bridesmaid or old friend starts getting frisky.

Sometimes it’s due to the man’s failure to communicate what he wants, leaving the dirty work up to a mistress. There’s a joke that the best way to get a woman to stop having sex with you, is to marry her.

1. He Knows You’ll Forgive Him

Because women separate sex from ‘love’, they are able to grow to see one from the other. It’s likely you know someone who has had a cheating boyfriend/husband before. But as he plays a societally dominant role, and because you gain benefits of being a ‘couple’ with him – you’re likely to learn to look past the infidelity.

Hillary Clinton had to face this when the Bill Clinton Intern scandal broke out. She could either give it all up, or instead keep her wits and continue to gain the benefits of being a first wife. After all, she knows she wasn’t the first first wife to be cheated on. The ladies in the relationship may even blame themselves and try to find ways to improve the relationship. Perhaps due to the fear of being alone. 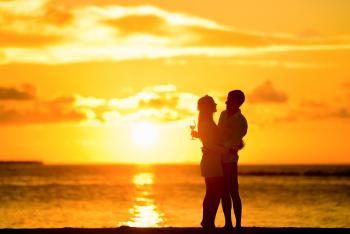 Turn Your Date a Memorable One with Dating Etiquette

Have you gone on a date and returned home disappointed because you made a mistake? A very important part of dating is to practice the so called dating etiquette. Looking at the term itself, dating etiquette is like a guide to the norms of dating which you must practice. It is very crucial in ensuring that […]

Random Dating Tip : How To Deliver A Persuasive Speech

There are many guides out there on how to deliver a persuasive speech, do a search on google and you get crappy results like “use good disclaimers” and “show the audience you care very much about this topic”. Goodness, shoot me already (no wait i was kidding). Anyway, here are 3 tips i combine to […]

101 Reasons Not To Be A Bridesmaid

Between the free food, the open bar, the excuse to get dressed up, and the chance to dance all night with your friends, weddings can be a beautiful thing. It’s great to see your friend or family member getting their chance to shine, and it’s always touching to see a young couple making a lifelong commitment […]

Romantic Gifts for a Tight Budget

Today’s economy has had an effect on nearly everything we do. From the type of home we live in all the way to the kind of gifts we give, our budget seems to be like an overbearing tyrant that dictates what we can do. The good news is there are ways to work with a […]