Have you gotten the idea that you need to do a lot of fancy moves or say a lot of smooth lines in order to impress a girls? Well that’s BS. Especially if you want to find really hot women who honestly like you for who you are. Read on to find out more… 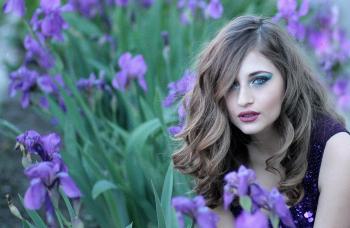 Recplacement For Trying To Impress A Girl?

Have you gotten the idea that you need to do a lot of fancy moves or say a lot of smooth lines in order to impress girls?

Did you know that this is actually making your dating life more difficult?

We’re going to show you how it is hurting you and what you need to do to fix it so keep reading all the way to the end.

Let’s get something cleared up. So, you think you need to impress girls in order to get them to like you …

Basically ALL of the dating advice for men out there is leading you astray. Combine that with all the messed up perspectives on dating that you see in Hollywood movies and the media and it’s no surprise that most guys are making this mistake

Bill meets a girl who he thinks is ‘all that’ and more. She’s hot and Bill is sure he can impress her so he puts the pressure on himself to pull out all his best tricks, techniques and lines.

Initially, she gives him bad attitude and challenges him by being rude and dismissive. He just looks at it like a “test” and thinks that all girls do this.

In an effort to show her how un-phased he is by her tests and tries to slyly (or overtly) hint at his expensive house in the rich part of town, his new car, how popular he is with girls, his cool interests, and his wild lifestyle.

He even tells the story about the baby and grandmother he simultaneously saved from a collapsing building that had been set on fire (by bears) so that she knows how protective and loving he is. She’s hot so he wants to convince her that he’s hot too. The hotter the girl the bigger the brag.

Unfortunately, he always ends up with girls who want his house, his car, his commitment, his popularity, his status, his VIP access, his lifestyle or his attention more than they actually want him.

He ends up lonely and disappointed because the only women who stay in his life seem to want him for everything EXCEPT who he is as a man.

He just wishes he could find a girl who likes him for the great guy he is and not for what he can do for her.

Have you ever felt this way?

Symptom: You feel the stress to impress when with a gorgeous woman.

Cause: Thinking that you need to persuade girls to like you. “Dang, she’s hot! I better do everything I can to impress her or else she’ll get away!”

Analysis: Lots of guys think that they need to brag or else girls won’t like them. Hey, it’s worked before! They tell the girl about their big house, their shiny new car and their fancy job and girls eat it up. But somehow the guy is left feeling like the girl is just using him and he wonders why he can’t find a girl who likes him for who he is as a man, never realizing that his braggadocio is actually repelling the high-value women of exceptional beauty and accomplishment and attracting only the beautiful users.

Since he can’t keep a great woman with all of his cool stories and lifestyle, he makes the mistake of thinking that he just needs to impress girls more if he wants to keep them. So he goes back out to meet more girls thinking he just needs to get better convincing them to like him and the cycle starts all over. Ultimately this leads him to settle with a girl who doesn’t really like him or it causes him to meet less women out of frustration. Really, his whole approach to meeting women was flawed in the first place and he never even realized it.

Undeveloped core personality and attitude that great women naturally want so you believe you must do something special in order to impress her or get her to feel / think a certain way.

The solution is to develop your core personality and attitude so that when you meet great women you don’t need to persuade her to like you (because she already does!) 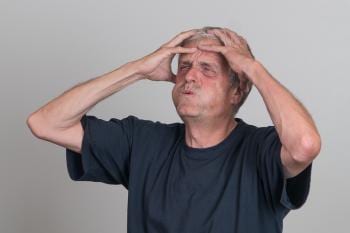