9 Celebrities That Went Against Their Christian Beliefs

These A-list celebrities have publicly denounced their faith in Christ. 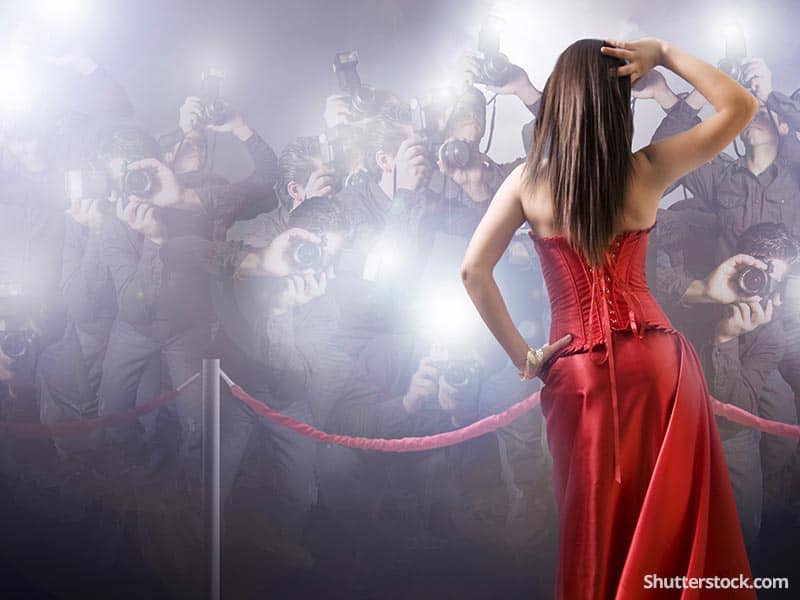 Like many Americans, numerous celebrities were born and raised in Christian households. Tons of A-list celebrities got their start in church choir, went to Catholic schools, or had religious parents. There are great examples of celebrities who took their Christian upbringing with them to Hollywood. These celebrities love to share Jesus with their fans frequently and are open about their beliefs.

However, there are many celebrities that have decided to go against their Christian beliefs. While they were raised Christian, something changed during their life that caused them to distance themselves greatly from the Christian religion. These celebrities have denounced Jesus Christ as their savior and aren’t afraid to let their fans, the media, and the world know. Though once Christian, these celebrities have left the faith for one reason or another and are now practicing other forms of spirituality.

These nine celebrities have been open about their changed beliefs. Katy Perry was raised in a strict, evangelical Christian household. Katy’s father was a preacher, so the family spent a majority of their time in church. Growing up, Katy was on track to become a gospel singer and spent time in Nashville to record a gospel album. This quickly changed with Katy moved to Los Angeles at seventeen to pursue a career in show business. She quickly rose to fame in 2008 with her song “I Kissed a Girl” which generated a lot of controversy. Since then, Katy has been open about her distain for the Christian faith, saying in a 2013 interview with Marie Claire “I don't believe in a heaven or a hell or an old man sitting on a throne. I believe in a higher power bigger than me because that keeps me accountable." Her parents, though upset she left the faith, ask fellow Christians to not judge Katy, but instead pray for her. Anne Rice, author of Interview with a Vampire and other top novels, was raised in a strong Catholic family but became agnostic as a young adult. In the mid-2000s, after a very publicized return to Catholicism, Rice began writing Christian literature including Christ the Lord: Out of Egypt and Christ the Lord: The Road to Cana. Several years later, Rice distanced herself yet again from organized Christianity, citing disagreement with the Church’s stances on social issues. In 2010, she posted on her Facebook page “Today, I quit being Christian… It's simply impossible for me to 'belong' to this quarrelsome, hostile, disputatious, and deservedly infamous group." Through the years she stated she still was committed to Christ, but not in the way He is presented by Christianity. 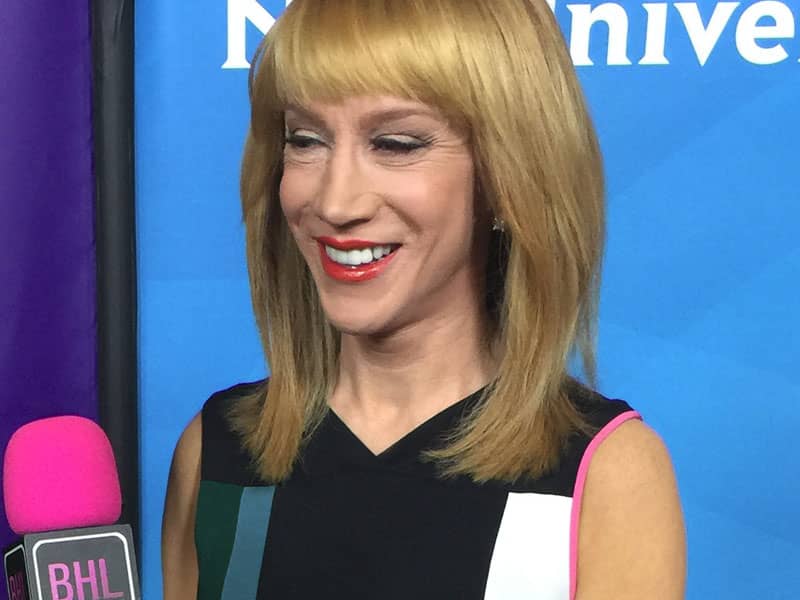 Kathy Griffin was raised in a Catholic home, but first began to develop a dislike for organized religion during her years at St. Bernadine’s Elementary School because of punishments she and other students received from the nuns. Griffin’s departure from Catholicism officially occurred in high school, and has since called the Catholic Church “stupid.” At the 2007 Emmy Awards ceremony, Griffin made headlines with her acceptance speech where she said, “A lot of people come up here and thank Jesus for this award. I want you to know that no one had less to do with this award than Jesus. Suck it, Jesus! This award is my God now!” This insulted Christians everywhere, so much so that her comments were edited out of the televised broadcast. Brad Pitt was raised by two devout Baptist parents and sang in the church choir. In high school, Pitt's parents joined a more charismatic movement which encouraged members to speak in tongues and raised their hands in praise. Now, however, Pitt hovers between atheist and agnostic because he says the church experience was something he never understood. At the 2011 Cannes Film Festival, Pitt revealed his reservations with his Christian upbringing, calling it “stifling.” At a press conference he stated, "Many people find religion to be very inspiring. Myself, I found it very stifling. I grew up with Christianity and I remember questioning it greatly…I grew up being told God is going to take care of everything and it doesn't always work out that way. And then you're told 'Well, it's God's will.' I got my issues. Man, you don't want to get me started." 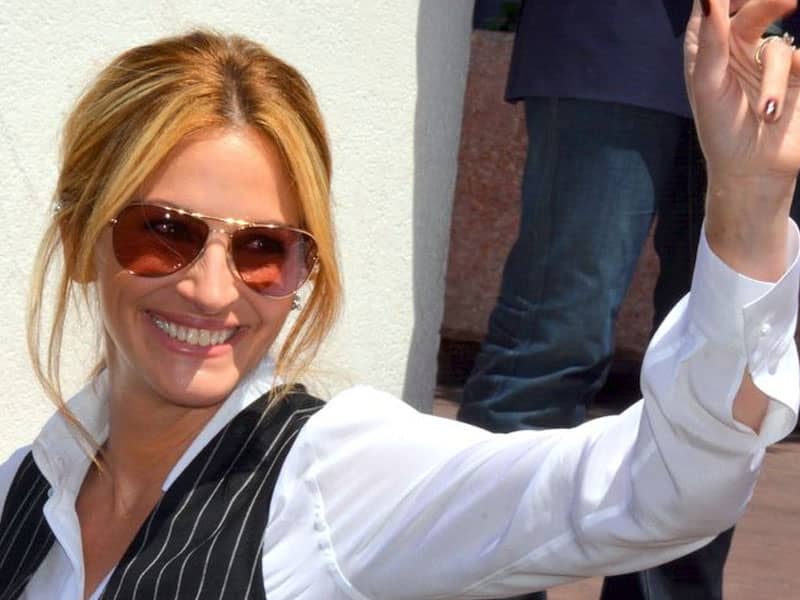 Julia Roberts was born in the Bible Belt of the United States to a Catholic mother and a Baptist father, but considered herself raised Catholic overall. At 42-years-old, Robert’s denounced her Christian faith in an interview with Elle Magazine and stated that she had converted to Hinduism while shooting the movie “Eat, Pray, Love.” Roberts said she was interested in the faith because of her routine yoga practice. On a trip to India in 2009, Roberts revealed that she visits a temple regularly to “chant, pray and celebrate” and sported a red bindi. After her own conversion, she brought her three children into the faith. 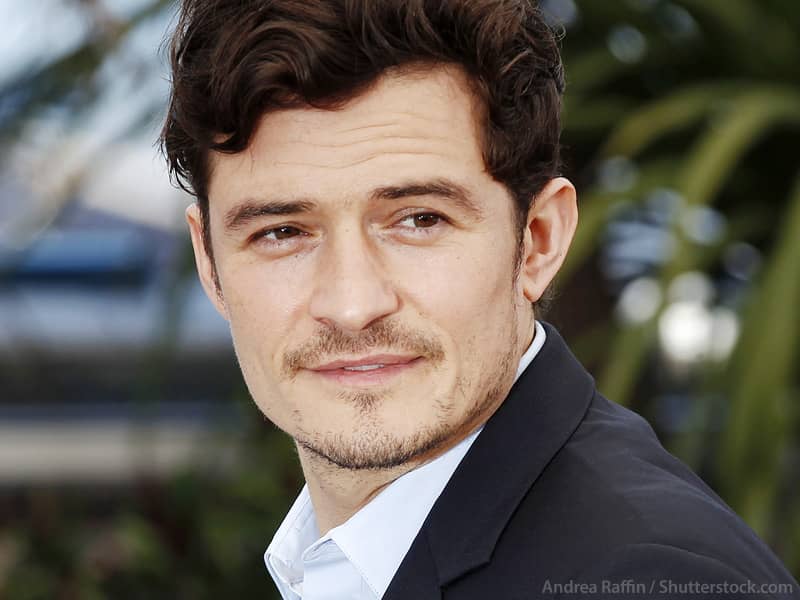 Orlando Bloom was born and raised a Catholic in the Church of England. He attended the St. Peter’s Methodist Primary School, St. Edmund’s School, and other Catholic educational institutions growing up. However as an adult, he changed his religion to Buddhism and became a member of the Soka Gakkai International, a Nichiren Buddhist based lay association. In 2004, along with 60 others, Bloom had his formal conversion at Soka Gakkai International’s headquarters in England. Since then, he has built his own Nichiren Buddhist retreat in Malibu, California. Bloom’s decision to join Buddhism influenced others around him as well, including his ex-wife Miranda Kerr who adopted many Buddhist practices and ex-girlfriend Kate Bosworth who converted to the faith. 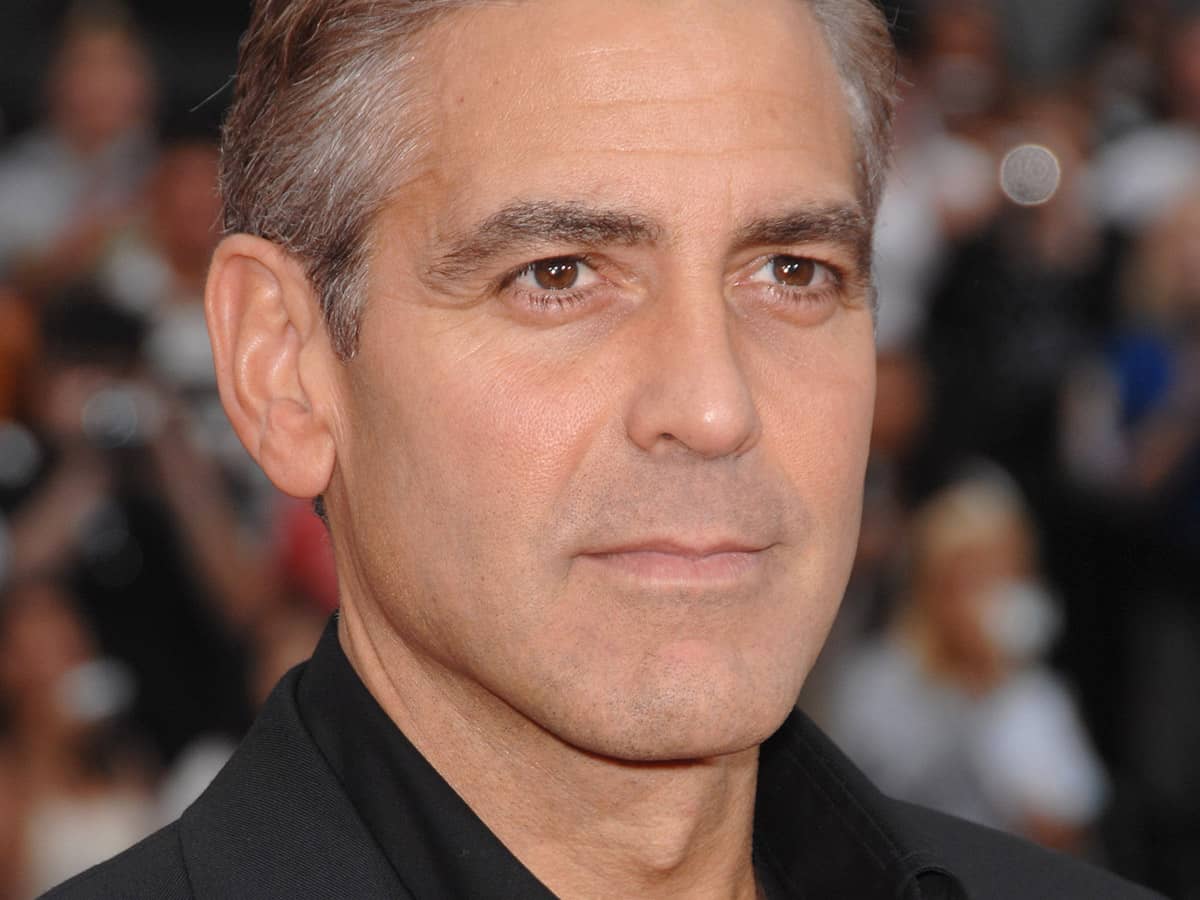 George Clooney was raised Catholic and regularly attended mass and confession as a child. Now, Clooney is now an outspoken atheist, saying “I don’t believe in heaven and hell. I don’t know if I believe in God. All I know is that as an individual, I won’t allow this life – the only thing I know to exist – to be wasted.” Though he no longer believes, he still speaks highly of his Catholic roots saying “I grew up with a great sense of structure and respect.” In addition, he’s careful to stress that he has no problem with Christians, saying “Whatever anybody believes as long as it doesn’t hurt anybody else, it’s fair enough, and works, and I think, is real, and matters.” 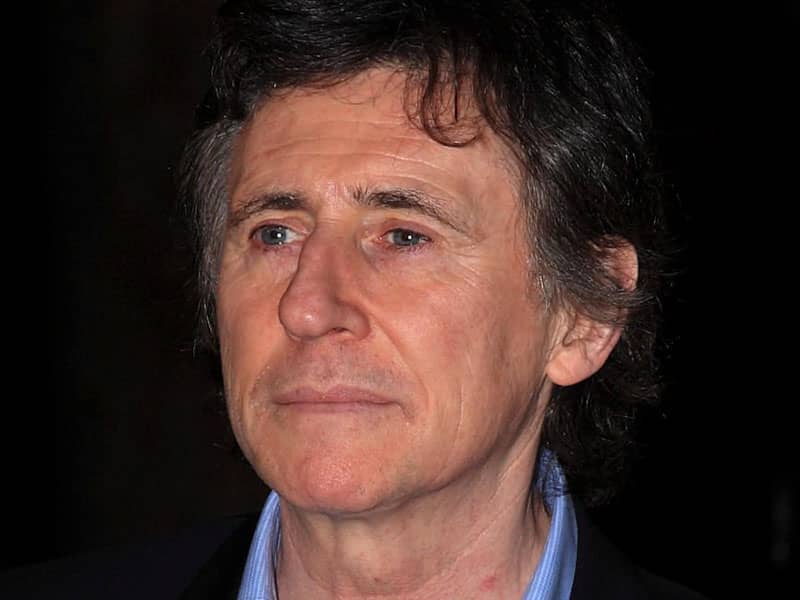 Dublin actor Gabriel Byrne is well known for going against his once strong Christian beliefs, but for an understandable and tragic reason. Raised a strict Catholic, Byrne underwent sexual abuse as a child by a pair of Christian brothers. He again was abused by a member of the clergy while training to be a priest in England. This caused him to lose his faith after five years in seminary. He has since said that he finds Christianity, and the Catholic Church, a “force of evil” in the world and has compared it to the Nazi party. Byrne is now a proud atheist and speaks out against the Church frequently. 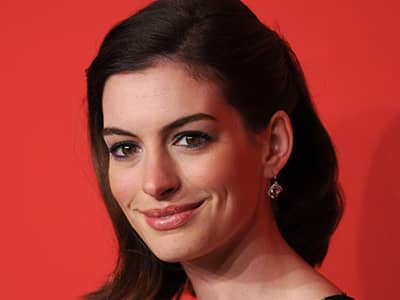 Anne Hathaway was raised a strict Catholic, and at the age of eleven believed that God called on her to be a nun. This only lasted four years, when she had a crisis of faith after finding out that her brother Michael was gay. She says that his sexuality motivated her to convert away from Catholicism, saying "The whole family converted to Episcopalianism after my elder brother came out. Why should I support an organization that has a limited view of my beloved brother?" She since has admitted that she lost a lot of spirituality, and that she has not accepted a new religion fully since leaving her Catholic upbringing. 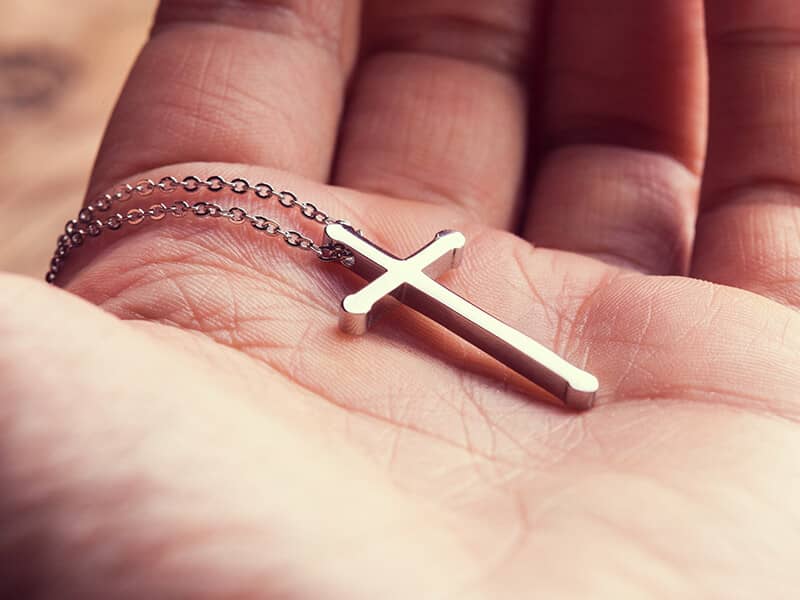 Staying a Christian in Hollywood would be hard, but many celebrities have been able to do so. But for whatever reasons, these celebrities felt it was right to leave their Christian faith and find spirituality and religion elsewhere. These celebrities have publically denounced their faith in Christ, but we hope they are able to find the Lord someday again. 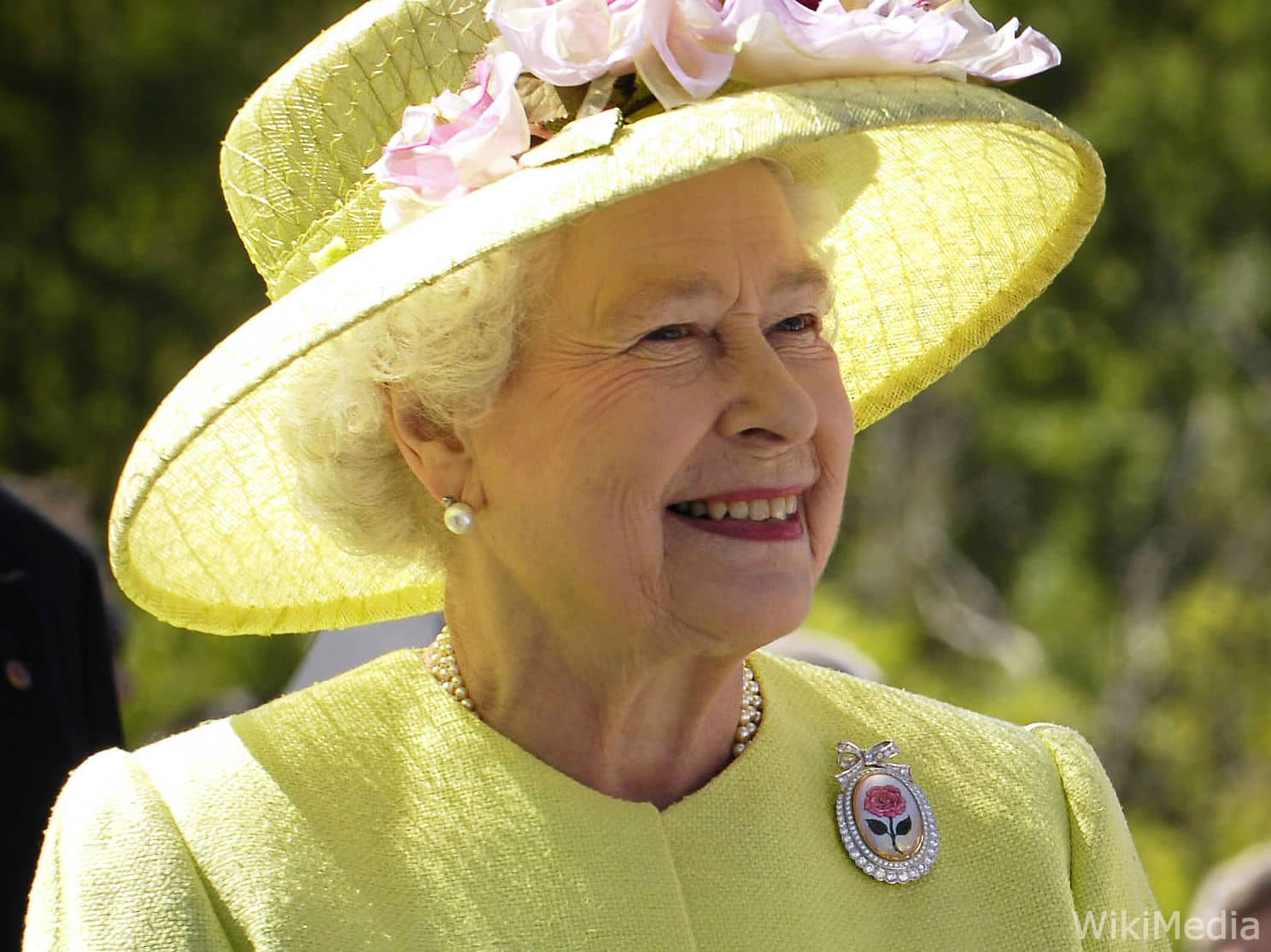 The Powerful Faith of Queen Elizabeth II
Even the queen has a deep relationship with God. Read next feature >
Megan Bailey is the Social Media Specialist and Content Producer for Beliefnet. She attended James Madison University where she received a degree in psychology.

More from beliefnet and our partners
Add some inspiration to your inbox.
Sign up for Beliefnet's Entertainment & Celebrities newsletter.
From time to time you will also receive Special Offers from our partners
Megan Bailey