The nanny gave Stephen and his wife the wake-up call they needed.

You likely recognize him as the youngest sibling of the Baldwin brothers who accepted Jesus in the aftermath of 9/11. But what many don’t know about the actor turned born-again Christian is how he found God, and the story is quite incredible.

Stephen turned to Jesus Christ after the September 11th terrorist attacks, but the real transformation came after his child’s Brazilian nanny was singing about Jesus in Portuguese to the Stephen’s baby in front of his Brazilian wife Kennya.

In an interview with CBN, Stephen talked the encounter that changed his life and his wife’s life forever.

After a few days, his wife approaches her about it.

“’I noticed your singing, and I’m wondering why every song is about Jesus?,” Kennya said.

“Quite frankly, I think it’s a little bit funny that you think I’m here to clean your house."

Quite frankly, I think it’s a little bit funny that you think I’m here to clean your house,” Augusta said.

Augusta goes on to tell Kennya that before she accepted the job, she prayed with her pastor and some church members in Brazil. She was told through a prophetic word that if she went to live with the Baldwins, then one day Kennya and Stephen would come to faith in Jesus Christ and be involved in ministry.

But it didn’t stop there. Augusta also told her that she had a dream and saw their family it.

In the beginning, Stephen was not impressed or fazed by his nanny’s words. He was raised Roman Catholic and was in the church up until age 12 and religion didn’t stick.

“[I] went out into the world and did my own thing,” Stephen said.

And that he did. Stephen went on to appear in a number of films, becoming an award-winning actor, producer and author.

While all of this was happening, Kennya was spending more time around Augusta and talking about Jesus. After some time, Kennya attended a Brazilian church in New York City and started learning more about Jesus. She was the first in the family to receive him.

Kennya was open with Stephen about her experience.

“She said, ‘Honey, sit down. I’ve got to talk to you. I’ve accepted Jesus Christ tonight as my Lord and Savior. I’ve been baptized in water. I need you to know that, from now on, what I need to do each day to the best of my ability is to become the most obedient servant to Jesus Christ that I can. Now, I need that to be clear, and I need you to understand. I don’t know what you’re going to do, but that’s what I’m going to do’ Then I watched her go through this radically beautiful metamorphosis. It was amazing,” Baldwin said.

Kennya didn’t try to force Jesus on him, but also remained very open with him.

“She went into prayer and Bible study regiment unlike anything I’d ever seen before. Up in the morning, on her knees face on the ground for an hour, without flinching, up off her knees into the bed with the Bible at least 30 to 45 minutes, every morning, every night for one year.”

“September 11th kind of freaked me out. I said, ‘Hey, what’s this all about? My wife’s a Jesus freak. Maybe it’s time I begin thinking about this faith thing,’ Pursued it, became born again, accepted the Lord, baptized in water,” Stephen said.

But Stephen’s outspokenness and unconventional behavior left some skeptical and critical of Stephen’s shift. He has been vocal about losing roles since turning his life over to Jesus.

When asked about being “outspoken” on his faith, Stephen told Hollywood Reporter, “Well, if you Google ‘Stephen Baldwin,’ the fourth thing that comes back is that I’m ‘the Jesus freak of Hollywood.”

When asked about whether the term “Jesus freak” bothers him, he was candid about his experience of persecution in Hollywood.

“Yes and no. It’s unfortunate that because I have believe in Jesus for 15 years that there are many in Hollywood who are unwilling to work with me. That’s not a guess. Casting people and produced have told me that they’ve brought up my name in a room and the response was, ‘No way, we’re not bringing that guy and his Bible over here.'”

While he is open about the fact that his faith has cost him roles in Hollywood, this hasn’t stopped him from sharing his faith story and the Gospel of Jesus with others. He just goes about sharing his faith a little differently now.

“I just think that probably when somebody calls themselves born again and kind of goes out there in a pretty radical zealous way, professes their glee about that, it can creep people out,” Bald told Fox News. “I have no regret about that, but I have chilled out a lot more because I’m a little more seasoned as a Christian believer.”

Stephen has starred in a number of faith films, television shows and movie projects since he turned his life to Christ. He has also turned down several roles that he thought didn’t mesh well with his faith.

Stephen is also unafraid to share his faith on social media. His twitter bio reads “Love All…Serve God!!” He uses the platform mostly to promote his faith, politics and prayer. 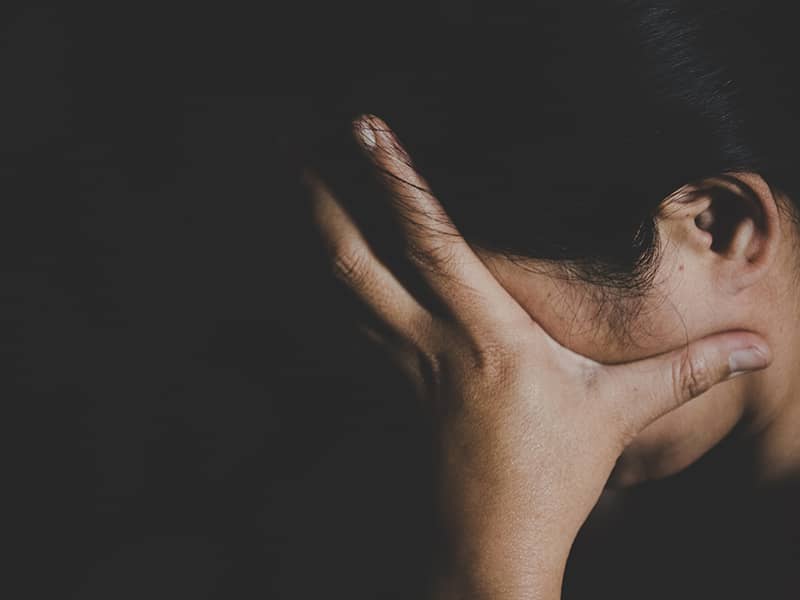 5 Sneaky Signs You Have Anxiety Because of the Pandemic