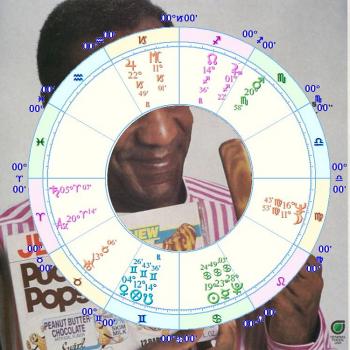 Bill Cosby walked out of jail a free man today. The Pennsylvania Supreme Court overturned his conviction for sexual assault. This does not mean that he was found “not guilty.” Technically his sentence was vacated by the court, because the court ruled that he wasn’t given sufficient protection against giving self incriminating evidence.

Yeah, that sounds pretty weak to me too.

I’ve written about Bill Cosby here before and you can click here and here for those entries. Although there is some question about his time of birth, we know that he was born July 12 1937 in Philadelphia, Pennsylvania. His chart features a prominent opposition between Mercury at 23 degrees Cancer, and Jupiter at 22 degrees Capricorn.

That Mercury-Jupiter opposition is closely aspecting his Mars in Scorpio, and his Mars in Scorpio in turn is opposite his natal Uranus at 13 degrees Taurus… which is exactly where transiting Uranus is now. This aspect could certainly explain some things about his sex drive, and the Uranus Return may have something to do with his going free for crimes based on his sex drive too.

So regardless of what we think of Bill Cosby does this mean he is off the hook and gets to spend the rest of his life in peace and quiet without legal ramifications? I’m not so sure about that. You see currently transiting Pluto is at 25 degrees Capricorn. It won’t retrograde back to the exact opposition to his Mercury, but it does mean that within the next couple of years he will be facing his Pluto opposition. That, and again — having a judgment vacated leaves open the possibility of a re-trial.

No matter what though, we need to keep in mind that we do have some free will and some choice over our actions. We are not simply meat puppets who are blown around by our transits, and have no choice in how we deal with either the proclivities of our birth chart, or what’s going on in our environment.

I’m not sure what it would be like to be completely robbed of my free will and something terrible happened to me. If you want to know what that’s like… maybe you should ask one of Bill Cosby’s victims.

PS: Yeah, like you, I thought we were done with this story… 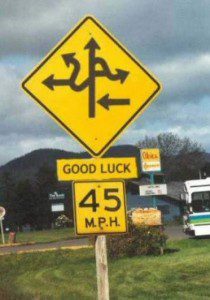