The Astrology Of Bill Cosby: Is It Over? 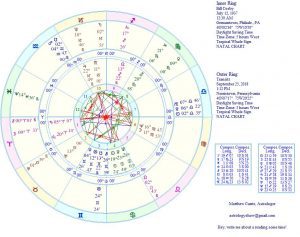 “This was a serious crime, Mr. Cosby, this has all circled back to you. The day has come, the time has come.”
-Judge Steven O’Neill

Bill Cosby has been sentenced to 3 to 10 years in State Prison for sexual assault against Andrea Constand. On the one hand, his transits today tell the entire story. Transiting Jupiter in Scorpio conjunct his Mars in his Eighth House (sexual matters), he is having his Saturn square, and transiting Pluto is conjunct his Jupiter (ruler of his 9th house, pertaining to matters of just). Case closed. Or is it?

I have written here about Bill Cosby a couple of times. Both times I’ve tried to focus on his transits rather than the aspects in his birth chart, because the longer I’m an astrologer, the more I realize that the birth chart reveals potentials, but one still has a choice about what one does with them. And to be honest with you, I neither understand Bill Cosby’s thinking nor do I particularly want to understand it.

There will be a tendency among many astrologers, myself as well, to point to Jupiter in Scorpio as being the reason this (and so many other cases) in the #metoo movement have come to the forefront. There is certainly a case to be made there, but it’s not as if men in power started behaving badly the moment Jupiter enters Scorpio, and they will all stop the moment it leaves.

Perhaps the one thing we can say with some certainty, given the results of today’s sentencing and looking at the transits, is that the story of Bill Cosby is over. Certainly the sentence which was handed down, indicates it’s over for him doesn’t it?

But is this story really over?

Bill Cosby’s story is pretty much done from our perspective. Certainly it’s hard to imagine Cosby himself envisions much of a future for himself from this point onward. Case closed. Move on to the next celebrity scandal, right?

From the perspective of someone writing an astrology blog, that seems like a satisfying ending. But what about the ongoing lives his victims will lead? What about the hundreds of actors and writers and directors who have been cheated out of residual payments because no TV network in their right mind is going to rerun Bill Cosby’s shows anymore?

No man is an island. No one transit happens in isolation. And no one’s actions, either yours or mine or anyone else’s, are truly isolated.

Make good choices with your birth chart and your transits, okay people? 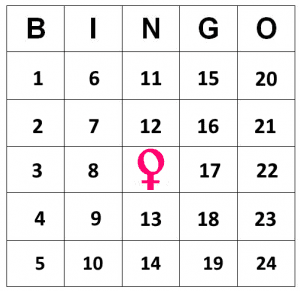 Performance artist Alex Jones has been found liable in three lawsuits by the parents of children who died at the Sandy Hook mass shooting. Jones, as you may recall, got a great deal of attention out of his claim the entire shooting incident was what is called a “false flag” operation. For those of you […]