Ask An Astrologer: Houses And Rulers 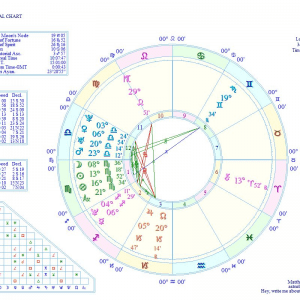 (This is part of the “Ask An Astrologer” series, where I occasionally try to demonstrate how getting a consultation can genuinely help and provide real guidance, using real-life examples. Want to find out for yourself? There’s a link to my e-mail at the bottom of this blog entry.)

(Part One, in which we clear up some misconceptions, is here)

MA writes:
“In a Placidus chart, none of my planets are in the sign that rules the House. So I have Jupiter, for example, in the 2nd House, but it’s not in Sag. Could you explain how that affects the planets?

This has been a consternation for years. Only Ceres and the Lilith energies are in the sign that rules the House. And other people have this question, I’ve never had it answered to my satisfaction in astro groups.

(Yeah, I heard you don’t use that system, and I am guessing this and interceptions have something to do with it, and I like that, but the question doesn’t go away just because the problem does)

First of all, there is nothing inherently bad about not having any of your planets in the Sign they rule. Regardless of what shape they are in or where they’re at, everybody has a Venus and a Mars. How they manifest is based not just based on their Sign placement, but on their House placement and aspects to them.

For example: imagine two people, one with Mars in Aries and one with Mars in Taurus. Now imagine that they both have a Mars-Saturn square in their birth chart. in both cases, we might make some general observations about their temper and blood pressure.

The person with Mars in Aries has Pisces rising. That means that Mars, the ruler of the Second House, is also in the Second House. You might think that having the ruler of the Second House in the second House would automatically be good news for money, but what about that square to Saturn? That will probably make getting money and hanging onto it problematic. Also, if the Mars in Taurus person has Libra rising, that will park their Mars in the Eighth House. Normally you might think that would make this person hell on wheels in the sack… but again, the Saturn thing.

(This reminds me: one of my more consistently popular blog entries over the years has been about the question of “empty” Houses, with a couple of specific Second House examples. CLICK HERE and have a look!)

Even so, the astrology or whether or not these people are going to be good with money is going to be more complicated than just that. Astrology: it’s complicated.

And by the way, by Whole Sign Houses you have Venus in Libra (which rules Libra in the 12th House), ruling your Twelfth House. So there is maybe another reason for you to take a closer look at Whole Sign Houses.

I said earlier that astrology is complicated, but let me simplify things for you a little. Ceres and Lilith do not rule anything. Case closed, and I’ll take you all on one at the time or as a group defending that.

Now, as for “astro groups”? I assume you are talking about Facebook and that sort of thing, where non-professional astrologers and students of astrology offer free opinions on astrological matters.

Imagine that it’s a bright sunny day and you’re walking down the street in a residential neighborhood. Two sets of kids have set up a table each. One of them has a pitcher of lemonade on it and some plastic cups, and the sign on the table says “LEMONADE: $1.” The other set of kids have set up a table with a bunch of Dad’s carpentry tools laid out on it, and their sign says “FREE DENTAL WORK!”

What’s the difference between those two tables? One of them will provide you with some lukewarm temporary relief from your thirst, and the other is a spectacularly bad idea… but hey, it’s free!

Yeah, that’s my observation of “astro groups.” You get what you pay for. You’re much better off shelling out the money and getting a proper reading from someone who does it for a living. Just sayin’. 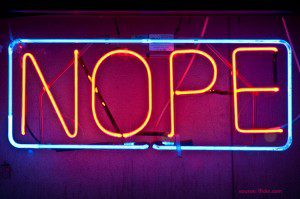 The Astrology Of The Week Of October 28, 2019: Hide Under The Bed?
archives most recent
More from Beliefnet and our partners
previous posts