Ask An Astrologer: Empty (But Not Abandoned) Houses 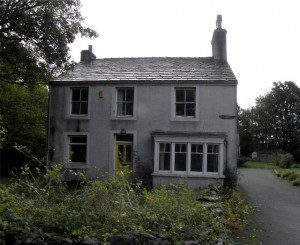 (Every once in a while I’ll be using my space here to answer questions from readers about astrology. Wondering what the next few months hold in store for you? Write me with your date, time, and place of birth — and send you a free sneak preview!)

The birth chart has twelve houses, and there are nine planets astrologers normally use (yes, we know that The Sun and Moon aren’t “planets” in the scientific sense, and astronomers don’t call Pluto a “planet” any more, but that’s the term we use. We also know that the Earth is not the center of the solar system, even though the birth chart might make it look that way. Don’t be a wiseguy — astrologers know the Earth isn’t the center of the universe, unlike about 20% of the American public). This means that even if all the planets were perfectly spaced out, there would be three Houses that have no planets in them.

There is a common concern that, for example, if there are no planets in the Fifth House (which rules fun, romance, and children) that you will never have fun, romance, or children in your life. Likewise, the Tenth House rules “career,” there can be worries that having an “empty” Tenth House means you’ll never know which way your career is going… or you’ll never have a job.

One of my clients (we’ll call her “GK”) asks about this: “What does it mean when an astrologer is talking about current astrological transits and says (for example), ‘Find where Aries is in your chart.’ What if nothing is happening in Aries in your birth chart? Do you just assume that nothing much is going on for you with the particular Aries transit in question?”

Good questions! First of all: every chart has all twelves Signs in it somewhere. We start from the Ascendant (or “Rising Sign”) and count that point as the beginning of the First House (unless you use Whole Sign Houses as I sometimes do, in which case the Ascendant falls somewhere inside the First House). From that point we count around the Zodiac in order (which is counter-clockwise in the Birth Chart). So for example, if an astrologer is talking about something happening in Aries right now, and you have Gemini Rising, you’d count your way around to Aries. Counting Gemini as the First House in this case, you’d count your way up to Aries at number ten… The Tenth House… and you’d know that the activity in question was affecting your career.

This is the same principle used for basic Sun Sign forecasts. Sun Sign forecasts may not have the same accuracy as one based on your specific birth chart, but a good one can be quite useful. On the day of a Full Moon in Sagittarius, someone writing a Sun Sign forecast knows that it will affect a Sagittarius as far as how they present themselves to the world (First House) a Capricorn will have some suspicions and have to deal with psychological matters (Twelfth House), an Aquarius will deal with matters involving friends and their social circle (Eleventh House), a Pisces will face agitation at work (Tenth House) and so on.

Got all that? Yeah, I know, it gets complex.

Now, as far as “empty Houses” in the birth chart: that doesn’t mean a lack of activity at all. As an example, let’s take a look at two birth charts of people who both had a whole lot of money, yet one of them had an empty Second House (which rules your cash on hand): J.P. Morgan Senior, and investor Warren Buffett.

John Pierpont “J.P.” Morgan (born April 17th 1837, about 3 AM, Hartford Connecticut) was a banker, financier, philanthropist, art collector, and generally his name was synonymous with “huge money.” If you’ve ever heard of “General Electric” or “U.S. Steel” or “AT & T,” you’re familiar with his power to make business financing happen. Although he was born into a reasonably wealthy family, the vast majority of his money was made on his own.

J.P. had four planets… Sun, Mercury, Venus and Pluto… in Aries in his Second House. Obviously, finances and material security were bound to be big issues with him. Furthermore, all those Aries planets were ruled by Mars in Leo in the Sixth House. The Sixth House is work habits, so here we have someone who naturally put a lot of energy (Mars) into their daily work routine (Sixth House). Furthermore, a “mutual reception” between the Sun and Mars (where each planet is in a Sign ruled by the other) only amplified those traits.

Although he came from a wealthy family, he made his wealth grow immensely, and seems to have dedicated pretty much all of his time and energy into that pursuit. Let’s just say that he never won anyone over by merely by having a warm and sunny personality.

So it’s pretty obvious that with a jumped-up Second House like that, J.P.’s major life pursuit was making money. So how does one explain Warren Buffett, America’ second richest man, who has an empty Second House?

Warren Buffett was born August 30 1930, 3 PM, in Omaha Nebraska. He has an estimated net worth of just a little under 60 billion dollars, and is currently ranked as the world’s third wealthiest person — like baseball standings, these things go up and down. He is probably the world’s most influential investor, and even the slightest hint from him one way or another as to where and how he’s investing can sway the markets. His father was a Congressman, but not an insanely wealthy one. But Warren showed a fondness for making money at an early age, selling chewing gum door to door. He filed his first income tax form when he was 14 years old, claiming his bicycle and his watch as business expenses for his paper delivery route. By his early thirties he was a millionaire, and there was no looking back.

How do we explain this, in light of his empty Second House? His Second House is Cancer, ruled by the Moon, and his natal Moon is in Sagittarius, and is in a mutual reception with his Jupiter in Cancer. These are all good, solid indicators of potential wealth despite there being no planets in the Second House itself. Furthermore, that Moon is waxing, and it’s in the Eleventh House (which is “money made from the career” as opposed to “money in general”). So even with an empty Second, the indicates of Big Money are there.

So, if you have any concerns about an empty House in your life, don’t panic… ask an astrologer!

Mars, Mandela And Gandhi: Use Your Weapons Wisely
archives most recent
More from Beliefnet and our partners
previous posts