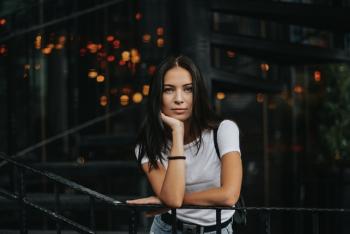 The concept of being a pick-up artist – or a PUA for short – has gotten a lot attention over the last few years. There are some big names out there teaching some good stuff and are helping a lot guys have more confidence and meet more women. Unfortunately, there’s also a lot of misleading information out there, and even the good stuff has been interpreted in such a way that more harm than good is coming from it. The result is there are a lot of cocky guys out there that still don’t know what to do when it comes to the opposite sex, and it’s a damn shame.

Below are what I call the top four myths of pick-up artists. What I’m NOT claiming is that all PUA’s teach this stuff. There are a lot of good methods and techniques out there that genuinely help guys. What I’m also NOT claiming is that the stuff below NEVER works. I’m sure some people meet women this way, but in my experience it is the exception – not the rule.

PUA Myth #1: Any guy can get any girl at any time in any place.

There’s this belief that if you’re a good PUA, all you have to do is name your girl, name the place, and name the time, and she’ll be there in nothing but her bra and underwear. All you have to do is learn a few key phrases, act a little cocky, and she’s going to fall into your arms as her clothes are falling off. It’s just not that easy. Guys come in all shapes and sizes and so do women, and people are attracted to all sorts of different things. You want to do things that highlight what make you attractive so the women who like what you bring to the table will notice. But this notion that you’re going to walk out the door in your cargo shorts and Barenaked Ladies t-shirt and come back with Paris Hilton is ridiculous. Don’t fall for it. You’re wasting your time.

I’ve seen whole courses built around a guy walking into the middle of a group of sorority girls, pulling a deck of cards out of his back pocket, and randomly doing some magic trick — the end result hoping to be that one of those girls would go home with the guy at the end of the night. Give me a break. Has this ever worked? I’m sure it has… but generally speaking, random-acts-of-randomness are just that: random. You stand a greater chance of coming off as “the wierd guy doing card tricks” than the PUA who is taking the woman home. If you’re doing this and it works for you – great. If you’re doing this and it hasn’t worked yet, then knock it off. There are better things you can be doing.

The big top hat that you bought and the purple-sequined jacket does get you attention, just not the type that you want. Everyone has their own style when it comes to fashion, and there is something to be said about dressing for the occassion, e.g. you wouldn’t wear the same attire to dinner as you would to go rock climbing. But the notion that wearing goofy, gregarious outfits to increase your stock with women is just… well… silly.

PUA Myth #4: Nightclubs are the best place to meet women.

I gave this one a shot, actually. I’m just not a big nightclub person. The music is so loud you can’t really talk to anyone, so it just isn’t my cup of tea. But so many of the PUA books and courses teach to the nightclub, so I thought I’d see what it was all about. It was just as I remembered it: loud and annoying. If you like nightclubs, that’s fine by me and I’m not knocking them in general. But the notion that this is the BEST place to meet women I think is misleading. Sure, it might be the best place for SOME people, but generally speaking, I would start somewhere that allows you to hear the person you’re interested in without them having to scream.

It is worth mentioning again that these four myths have some foundation in reality: they’ve worked for someone at some point. But using these as the foundations for meeting women is like saying potato chips are a staple of your diet. If all you eat are potato chips, you’re probably not getting healthier. If you’re buying to the four PUA myths, you’re probably not meeting a lot more women.