Is Online Dating a Waste of Time? 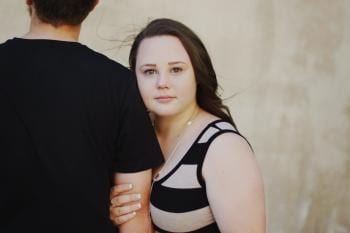 Most of us have a great difficult time finding that someone to share our lives with. Devoting ourselves to our careers doesn’t leave us any time to waste on bars and clubs. Blind dates rarely lead to anything good, and so we’ve all given online dating a consideration. Online dating in theory is a perfect way to meet someone. It’s cheap, it saves time, you can do it in your pyjamas and even those of us who are shy have a fair chance in the dating arena. However, in its current condition, computer-based algorithms could predict who’s desirable on dating websites, but they could not unravel the mystery of unique desire for a specific person.  Why would you ever want to find that special mate from a picture on a dating webpage or a random video chat? It just doesn’t make sense to hide behind a computer to do this.

I have described 7 reasons why you don’t want to use online dating to find that mate.

Another problem with online dating is the meat market atmosphere that presides there. Most of them (not all) are built in such a way that leads you to scan through thousands of pictures before you get to know anything about the person on the other side. How many potential partners have you missed doing this? Can you read them all? Have you been passed over by your soul mate because you didn’t have a good digital photograph at that moment?

Scanning through thousands of pictures creates a cheap, club like environment. It may be ok for some people but for those of us that are looking for something more than a one night stand it’s a waste of time.

that don’t look anything like what the person looks like now. Even if a person is truthful in who they say they are (ie. Age, Income level, past relationship experience etc. ) They might post a profile picture that is severely out-dated. It’s hard to police the posting of photos and the only way to know if a photo is recent or not is if there is a timestamp on the picture. And with sophisticated imaging editing software today, this can easily be tampered with.

There’s always that grey cloud that lies over head to explain to people how you’ve met.  I think we’ve reached a point in society where it is socially acceptable for people to meet online and not be put under the microscope.  However, the negative perception is still out there.

Many paid online dating sites only care about getting your money and don’t actually care about you finding someone. The more time you spend single, the more money they make from you being a subscriber.

There are so many dating sites out there, what is the probability of someone that you could be interested in going to the exact same site as you? The odds are very small.

Let’s face it. The kind of person you would ideally like to meet is not found on these dating sites. We’ll assume for a second that you’re a busy executive or a career oriented professional that is educated and established.  I’m guessing that like most people you would like to find someone as educated and established as yourself. Online dating sites are full of unemployed, uneducated and uncivilized people. Looking for a likeminded partner on these sites would be like looking for a needle in a haystack, especially when needles stay away from these haystacks.

When you sign up to an online dating service they make you sign a legal agreement, and the very fine print states that they are allowed to use your picture and information for advertising.  So your most intimate information and private life could be potentially plastered all over the internet. In fact, most of the big players in the industry will use your picture on their homepage and make your profile searchable by Google.  Would you want your clients, coworkers, students or secretary stumbling across your profile accidentally? And let’s not forget the infamous Nigerian scam that targets North American singles. There are people whose full time job is to come to an office/internet cafe and try to con unsuspecting romantics out of their hard earned money. And why wouldn’t they do it? Anyone can sign up, dating sites don’t police the registrations and the worst thing that could happen to these con artists is a deletion of their fake profile.

What could the dating industry do to fix all that?

Imagine that online dating websites actually checked that people are who they say they are. If we eliminate anonymity, we’ll eliminate anarchy. They could also enforce this by making them legally bound to be honest at the agreement stage. (Better than making singles sell their soul)

We could fix the privacy problem by making profiles private and showing them only to a few carefully selected and prescreened matches. A dating site would also have to devote a larger percentage of it’s income towards security.

How would we solve the needle in a haystack problem? How about, we only let needles in. We’ll make people apply to this hypothetical super site and accept only established and educated people.

How would we solve the meat market problem? One idea is to put more focus on the profile and personality by forcing people to read the profile before they get to the picture and voila no more scanning through pictures, and you’re not just another internet page.

Now it’s all very nice to imagine, but the big dating sites would NEVER shut their doors to a huge portion of the population it just wouldn’t be profitable.

There are a lot of problems with online dating services. The best way to meet someone is just to keep exploring the community around you.  You’ll eventually meet someone. Just stick with it and have patience!