Guidelines for Creating a Code of Transparency in your Marriage 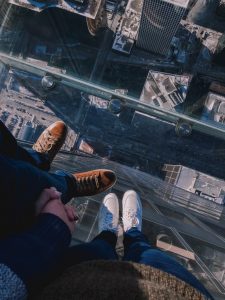 The trust you had in your spouse has been ruptured. You want to save your marriage, yet, you don’t know how to find a way to trust your partner again.

But if you don’t—you realize that will mean the end of your marriage. You’re in a stalemate: you don’t trust your spouse, and your spouse doesn’t know how to make you believe what they’re saying, and you keep waiting to know that your spouse is being honest with you.

That’s where your attempts to save your marriage may be faltering: what you’re focusing on. Read on to learn the basic guidelines for rebuilding trust—by establishing a Code of Transparency.

If you’re waiting to “know” that your spouse is being honest, you’re relying on a feeling. Right now, your emotions are in a tailspin, so you don’t know if those feelings are an accurate gauge or not. Also, waiting to “know” isn’t effective if no specific actions are being taken to help rebuild the trust.

It is impossible to have an intimate, trusting marriage when your spouse lies to you. If the lies don’t stop, your marriage won’t survive.

Lying is a betrayal, and it is also one person’s way to avoid deeper, more meaningful communication. You, as the victim, have no doubt built a wall to protect yourself from more lying on the part of your spouse.

This makes for an unhealthy marriage, which requires open communication and each spouse sharing freely with one another to characterize it as “healthy.” In trying to save your marriage, you know it’s in an unhealthy state—but you also may struggle in turning it around again because of where you’re focusing your attention: for some gut feeling to tell you that honesty has returned without any specific actions to back it up.

There are actions that both you and your spouse can take to rebuild this foundation of trust in your marriage. This can be done through development of a Code of Transparency.

Creating a Code of Transparency in Your Marriage

Transparency is more comprehensive than honesty. It can demonstrate honesty. The most important thing the cheater can do to rebuild trust is to be consistently transparent about their actions and activities. It must be an obvious change from prior behavior.

As the victim of the affair, you won’t “know” if your spouse is still lying to you or not, or if their efforts of transparency are just for show. But if both you and your spouse work at it, you have a much better chance of rebuilding trust between you if you consistently practice a Code of Transparency. If you’ve been cheated on and have shut down communication, this is a method for getting past the wall you’ve built. Both spouses, by practicing transparency, are making steps toward the middle ground—where you have the ability to repair your marriage.

Here are steps to help you and your spouse create the Code of Transparency in your marriage and build a framework for it to work:

Step 1: Establish the Code of Transparency

The hallmark of a transparent relationship is an open and free exchange of information. This means you want to share information with your spouse about you, your activities, what you do during your daily life, and what your plans are for the future. Information is offered before it is asked for, and doing so in a way that doesn’t make it seem as though you are being forced to do so.

Your first step is to make it a code between you to freely offer up information.

Step 2: Practice the Code of Transparency

Let’s say you have made a plan at work to stop out for happy hour. According to the Code of Transparency, you will call your spouse and give a full account of your plans without overdoing it. If your spouse has further questions, such as who will be attending, you should be willing to share whatever is asked for. The motto should be, “Nothing to hide.”

Step 3: Know what the Code of Transparency Isn’t

Most adults don’t like to ask permission for what they do. And, most spouses don’t want to “parent” their spouse. Understand that a code of transparency does not mean either spouse has to play, “Mother, may I?”

The Code of Transparency is a matter of respect. You’re married, and what you do or don’t do affects your spouse. Maybe he had a nice dinner planned for you. Maybe she needed to run out to the store and was counting on you being home for the kids. By sharing your plans, you show respect for your spouse in that you understand they have a life, too.

By following these basic guidelines for establishing a Code of Transparency, your lines of communication will be unencumbered by attempts to hide or manipulate information. You’re just stating facts. 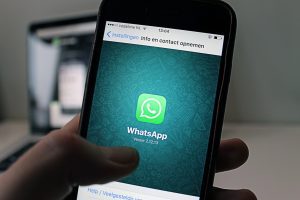 How to Survive a Long Distance Relationship?
archives most recent
More from Beliefnet and our partners
previous posts