When You Are Invisible 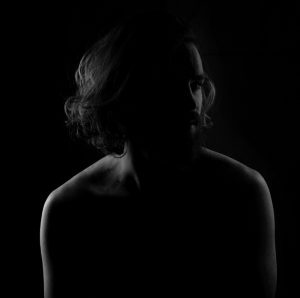 Have you ever felt invisible? You see others make friends easily? Get dates while you sit on the sidelines and wonder what’s wrong with you? At times, it can feel like nobody cares about you, and people want nothing to do with you. It’s as if you’re invisible to the world. According to a new study by Datingappsadvice, men start to feel ‘invisible’ once they reach the age of 45. I understand how you feel, because at times I’ve felt invisible to the world, also.

Feeling invisible can be very traumatic to anybody, because after being ignored for such a long time, you start to truly believe that something is wrong with you. You start telling yourself that maybe you’re weird, or very ugly, and people want nothing to do with you because you’re not good enough to be happy. The little self-esteem that you had gradually fades away until you have no confidence or respect left for yourself. Others will start to notice this and take advantage of it, knowing that they can talk to you any way they want and treat you like dirt because you will let them get away with. After all, you don’t think that they are the ones who have the problem: they have more friends than you, get the dates, and seem to be a lot happier. You’re sure that this proves you’re inferior to them.

I’m here to tell you that this is just a big load of crap. There was a time when I use to think like this, and I was wrong. What I didn’t realize is that I wasn’t the one with the problem. I was just letting others take their problems out on me and bring me down in the process.

One time, I got a job with the city and had to go for training for a day before I could start working. We had to learn how to read another person’s pulse. As soon as the instructor told everybody to find a partner, everybody seemed to run towards one another before I could even blink. I remember standing in the middle of the room and seeing people walking right past me to ask the person on the other side of the room if they could be their partner. Even attractive women were going out of their way to ask the grotesquely out of shape, ugly guys who were in less convenient reach – but not me, who many people have considered good-looking. After everyone else had found a partner, one of the instructors acted like it was my fault that I had none. Shaking his head, the instructor paired up with me out of pity.

Do you see how flawed this way of thinking is? I was comparing myself to other guys and thinking that they were normal while I had am defect that only others could see, which was completely unfair and counter-productive at the time. People can pick up on the negative vibes that you send, something I was doing at the time and which caused people to ignore me. I was ignored a lot while growing up, such as in high school when I never had a date and missed out on going to the prom. This truly traumatized me, because “I drank the kool-aid,” as they call it, and let others dictate whether I’d be happy or not.

The one thing that helped me overcome this is that I realized that I was better than how I was allowing others to treat me. It was not logical to let people put me down, because I was smart. Good looking. Skilled. And kept myself in great shape. The problem wasn’t that I was invisible to others, but rather invisible to myself. Others could tell that they could treat me any way they wanted, and I wouldn’t defend myself. They were using me to feel better about themselves by making me feel like a total piece of crap. All of that stopped when I let others know that I wouldn’t put up with it anymore, and was better than I was believing myself to be.

No longer would I be quiet and sit in the corner of the room and be ignored. I started to speak louder and say what was on my mind more. The art of conversation became my best friend, and I learned how to make others laugh and like me, even if they didn’t want to. People weren’t intimidated by my good looks anymore, because they were enjoying the interaction they were having with me too much to even think about their own shortcomings. Yes, I do sound stuck up, but you have to think very highly of yourself if you’re going to make it in this tough world.

Don’t be afraid to let others know what you want, and never be afraid to ask. Remember that closed mouths don’t eat in today’s world, because nobody can read your mind and know what you want unless you let them know. What’s the worst that can happen? The girl that you asked out says no? Who cares! Some guy who does the hiring at that job you always wanted hires someone else? Maybe you were more qualified than the guy who was doing the hiring, and he was afraid that if he hired you, then you could end up taking his job. Don’t take it personally. And if you’re training for a job and the instructor says, “Pair up with someone” – don’t take it personally that everybody walked past you to practice with another guy.

Remember that you are responsible to treat yourself better than you’ve been letting others treat you, and as soon as they realize that you’re too sociable, smart, funny and too likable to hate, they will immediately respect you. So, be louder. Seen. And above, all aggressive as hell when it comes to getting what you want. 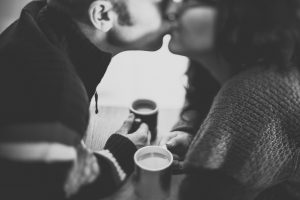 Drink, Smoke and Date: How to Find Singles Who Imbibe
archives most recent
More from Beliefnet and our partners
previous posts