Hey Ladies, Where Did All the Confident Men Go? 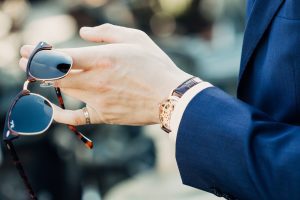 We’ve all seen them. The guy who walks up to the podium and not only grabs the whole country’s attention, but captivates them. He goes on to become the President. George Clooney stars in a crappy movie, but sells it so well we not only believe it’s real, but the female audience swoons with excitement just hearing his name.

What makes these men so different and special compared to the millions of other men out there who can’t even accomplish feats that are much smaller? The answer is CONFIDENCE!

Confident men aren’t afraid to walk into a room and demand the attention from not only his peers but also women. He doesn’t rush when he walks, or disappear into a corner like men who are afraid to be noticed often do. He says hi to everybody he sees while wearing a nice smile on his face. He shakes everybody’s hand and has a conversation like he’s known them for years. His posture is always straight; his shoulders are never hunched over.

You will never see him out and about wearing worn out and stained clothes such as jogging pants and t-shirts. Of course, if he sees an attractive woman he’s interested in, he will have the confidence to talk to her. And if she rejects him he will just politely say, “No problem,” or respectfully excuse himself without name-calling or anger.

The confident man is never affected by what others think, and is so secure in himself and his abilities that others believe in them, too, even if it isn’t true.

But while many men can be super-confident in many areas of their life and in many social settings, they may be weak or have zero confidence in other areas. Some men may be able to put on a power suit, walk into a meeting, and gain the attention and trust from executives and investors as easily as David Copperfield can pass through walls. Now put that same man into a social setting where there’s attractive women around, and he might possibly crawl into a corner, curl into the fetal position and cry and sniffle worse than a baby in diapers.

Talking to a woman takes truckloads of confidence. Unlike other types of confidence, it’s almost impossible to fake. Friends, family and attractive women might wonder why these handsome, well-dressed, successful men excel at everything except finding a date. On the outside, they might look like the type of guy that could have any woman he wants – but on the inside he could be an emotional wreck. He could be feeling like he’s a failure and less of a man, and women don’t find him attractive. He most likely feels lonely and upset that he can’t seem to get a date like many of his counterparts who may not even be half as attractive or successful. This all leads to depression and an increase in social anxiety as the years go on.

While growing up, there are many environmental factors that can lead to social anxiety such as family values, religion and getting picked on by friends and strangers. As we get older, we tend to carry these negative experiences into adulthood until they accumulate and eventually paralyze us mentally.

Before you attempt to overcome social anxiety, you must first understand that we tend to be much harder on ourselves than others usually are. Many people are so worried about what others think of them that you could be standing there in a burlap sack and others would barely notice, forget judging you.

There are many books and videos available on the subject of gaining confidence available on Amazon. In fact the market for this is so huge that the amount of books available can be overwhelming. One of my favorite books on this subject is called How to Overcome Shyness: 51 Tips on How to Overcome Shyness, Public Speaking Anxiety, Social Anxiety, and a Plan for Building Confidence in Yourself, by Robert Kuhns. This book offers great tips that are straight to the point with no fluff. You can look through it daily without having to spend a lot of time finding what you want in it.

Men who can’t get over issues pertaining to lack of confidence or anger over it, should seek out proper help from a counselor who treats social anxiety. 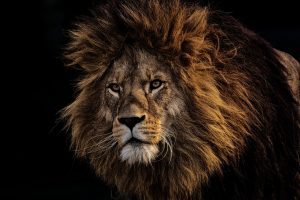