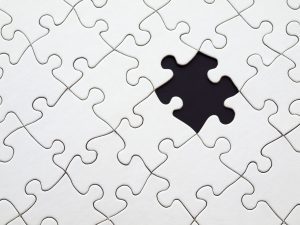 Does it ever feel lonely being a man? Is it difficult dealing with the demands of the whole world resting upon your shoulders? I hope you’ve got wide shoulders. Not only is a man supposed to be a great lover and husband, he is also expected to be a good role model to his kids, a provider, and protector if needed. And let’s not forget the leadership qualities he needs to have in order to survive and advance at his job. Or shall we call it a career?

Even though men like to discuss their problems with their male friends after work over drinks, every man has to face his problems alone. Some men are socially and mentally strong and able to handle the stress of the world crushing down upon them. Unfortunately, most end up failing miserably because most are too much of a social mess to cope.

This is caused by all the social baggage that men develop while growing up. Whether it’s from being picked on and embarrassed by other kids, having a family that’s too strict, or not interacting much with girls, it definitely can cause a man to socially shut down altogether.

Not being allowed to interact with many other children causes them to become awkward when trying to make friends. I had one strict parent and one overprotective parent, so I didn’t play with enough children growing up. Not having much exposure to girls while growing up can also turn into a habit of not pursuing them. My overprotective parent deliberately scared away girls who liked me by telling them that I didn’t like girls, even though I did. When men do get old enough to start pursuing the opposite sex, they have no clue as to how to approach women or talk to them, never-mind getting a date. No wonder these guys are afraid that others won’t like them, even though that all changes by the time they grow up.

In order to overcome this problem, you can’t just go to some expert, tell him all your problems and expect all your issues to instantly disappear like magic. This requires much more dramatic measures, some that you may hate. You most likely will have to face your greatest fears and put yourself in the same type of social situations that you fear with all your heart. Talking to hundreds or even thousands of people will cause you to learn from your mistakes and finally develop the social skills that you should have while growing up. Your heart may pound. Palms may sweat. And your nerves may shatter like glass. This is a very tough fear to overcome, especially if you’re afraid of simple interactions such as, talking to the cashier at the store counter. I have been there. I went from a quiet, shy guy who had no friends and never had a date to an outgoing guy who can strike up a lively conversation with anybody. Seeing me now, you would think I am a natural extrovert.

Of the thousands of guys who are suffering from the same problems out there, it may seem like there’s no hope for a complete recovery. Echoing in your head may be the voice of your father telling you while growing up to be a man and not whine like a little wimp. And don’t dare back down from a fight. If another boy our age challenged us to a fight, we were to defend ourselves whether we won or lost with no complaining afterwards. You got a scraped knee from falling off your bike? Don’t cry! Get up, shake it off and get back on that bike while acting like nothing happened at all. Feelings and emotions were also not considered manly and to be avoided at all costs. Unhappy feelings or problems that were bothering us were to just be handled, and without shedding any tears. That was little girl behavior and in no way did we ever want to be called a girl, because their were major consequences to follow. This type of conditioning made us get into the habit of not sharing our true feelings and causing us to not be able to form a strong bond with friends and especially women.

Fast forward to the future and things have changed considerably in a short amount of time. Young boys are not only growing up listening to rap, but are also emulating it. Video games have not only became more fun and realistic but also extremely violent. With moms working two jobs while the fathers are nowhere in sight, children no longer have guidance or discipline. And with the internet being a large part of their lives, they lack the social skills needed to survive in this new economy, making them worse off than even my generation. I give a lot of single moms credit for working two to three jobs to support their boys – but with the lack of supervision and not knowing how to raise a boy to be a man alone, the odds of them making it are very slim.

Most men don’t know who to turn to because they feel that nobody will listen to them without judging them, when all they really want is a loving woman to let them know that they don’t have to be alone, who can they trust and who will truly be there for them.

So who do they turn to for help and support, then? The pick-up artists, of course, who charge them thousands of dollars attending boot camps, buying reading materials and DVDs. The pick-up artist pretends to care about the men and be their friend as long as they keep handing over the bundles of cash. Promised that they will live like Rock Stars, with women begging to sleep with them, these guys give up everything. They quit their jobs, dump their girlfriends if they had one, and go live in a small closet with a group of other unemployed men who are all out to meet and sleep with as many women as possible. Call it revenge for not getting the sex they deserved while growing up. The pick-up artists whisper in their ear, “Women don’t know what they’re doing and can be emotionally tricked into bed. Now go get the prize!”

Imagine a group of men who are already shaking in their boots about the possibility of being turned down horribly by a woman, amplified by the chance of being humiliated by dozens of strangers in some unfamiliar bar. Can you imagine how the social situations that pickup artists put their clients into might make the men’s social fears worse? It’s no wonder many end up worse than when they first started. What these guys need is lots of stress-free social interactions, and at a pace they can handle.

Instead of quitting their jobs, men need to go back to school, get more training or start a business of their own. Men need to pursue hobbies that interest them and improve their lives, such as exercise classes, drawing classes, culinary classes, and others that will all enhance their lives and give them something interesting to talk about – instead of looking awkward while trying to create stuff on the fly to talk about. The bonus is that this will also allow them to interact with others without the stress of feeling like they need to beg for a date. My recommendation is to strike up conversations with both men and women in order to improve their social skills to the point to where socializing feels natural and their personality develops into one that’s fun and relaxed.

A life of travel and adventure, fun hobbies and owning your own business sounds like a life that any man would be happy to have and that any woman would be proud to be a part of. 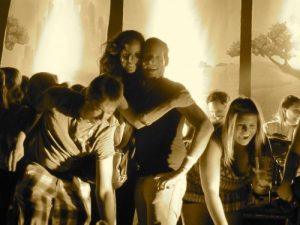 No one wants to end up in divorce right? For this reason, we are set to prepare ourselves in avoiding such through this article. The most common reasons people divorce is…you guessed it…MONEY! This can be avoided before you get seriously involved if you just ask the right questions and get to know your potential partner to […]

Romantic Gift Ideas For Her

The best romantic gifts for your girlfriend can make her see you in a whole new light. The trick is to do something she isn’t expecting. The romantic gifts she will remember most are those that show you made an effort to please her and show her how you feel. Here are a few ideas […]

10 Ways We Men Are Jerks to Our Women

If you’re like me, when it comes to your woman and your relationship with her– you NEVER think of yourself as “being a jerk.” But, I have some news to report to you about this… I’ve certainly been a “jerk” much more than I care to admit–but it’s the truth. If you’re a man, it […]

Are you trying to overcome low self-esteem so you can attract women? Well, it’s a good way to approach your problem of solving low self-morale but there is more to it. Low self-esteem is devastating. It’s self-destructive and can completely alter someone’s personality. There is an array of problems attached with low self-esteem. If you are wondering […]