Put Your Ego in Check 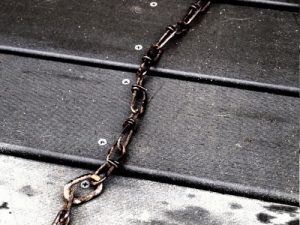 Dating is a humbling process. It made me realize that I had some work to do, and bruised my ego. While dating, the realization that improvements need to be made become realized: wardrobe updates, weight loss, attitude changes are all apart of the honest realizations. It’s also often realizes that everyone may not view us the same way we view them. The problem is we often rationalize our poor decisions and other criticisms; either they didn’t understand our sense of fashion; we’re big boned; people like my attitude because I’m “being real”; and that we are perfect regardless of what anyone says. Our ego, and sense of self importance becomes the ultimate hindrance, and contributes to our dating and life success, and failures.

I’m an honest, straight forward talker. I tell it like it is, often in ways that isn’t belittling, berating, or aimed to “put down” how another individual. It can come off as harsh, although that may not be the intention. I have no problem telling anyone what I think, what I believe to be true, or my honest thought. However there is a downside, I have to take my own doses of honesty when they arise. Those who helped me thru my dating struggles were able to  give me the same elixir I’ve handed others. While the delivery varies (at times soft and kind, other times blunt), the facts continued to bruise my ego. It screamed in dissatisfaction, regardless of the clear facts presented in front of me.

To improve myself and to enter into a worthwhile relationship, I had to put my ego on a leash. I wasn’t going to change who I was as a person to find a woman, however I had to perform some actions to present and improve my success. Obviously the status quo wasn’t working. If I was as “awesome” as I thought I was, I would have had many types of worthwhile and successful relationships in the past. Instead of a dating blogger, I would have written a relationship book. It was clear that I wasn’t as awesome as I thought I was, and had to work on the things that made me, awesome-er. Did this mean I had to change the core elements that made me who I was? No, however I did have to work on a few things, such as my pessimistic attitude towards dating, the image I portrayed to other women, and most importantly how I presented myself to the outside world.

Often, what I find, is that our ego gets in the way for the things we really want. Not just a date, but a successful relationship. Often we convince ourselves that a person isn’t worth of our time, effort, or energy due to a minor flaw, or that we are somehow above dating certain people. In most cases, we’re being shallow, dishonest, and egotistical; pretending that the world revolves around us when in we’re disillusioning ourselves. In most cases we’re the ones that need to work on our flaws and open our eyes to the great people we’ve pushed aside for something “better.”

More than likely, if you’re reading this post and can think of another person who it applies to, but you may need a better look in the mirror. There’s always something you can work on, improve on to better your success in both dating and life. Take a good look in the mirror and take an honest, clear reassessment. Ask your friends, even your enemies of what they think about you, what your flaws are, figure out if they are right and begin to work on them.

No body is perfect, not even yourself. Quit fooling yourself that you are, and begin to improve yourself.