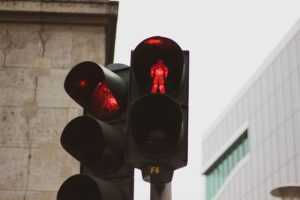 I’m often reminded of the silly things men do to get a woman’s attention. We’ve all tried something stupid based on advice of our friends, books, or websites. Every guy has tried most of these techniques, only to end up looking like a fool, and often finding out that we’ve offended someone. Women have been telling men to stop these techniques for years, and many don’t listen. So here’s a short list of things men, need to stop trying, to pick up women.

Don’t Whip It Out

One of the top complaints women have about men, is our need to show them a naked picture of ourselves. Somehow, guys are convinced sending a topless photo of themselves, or penis pictures, is an effective way to swoon women. it isn’t. If you’re contacting a woman for the first time, don’t send her any naked pictures. It doesn’t matter what type of guy you are.

Women aren’t impressed by a guys ego. Showing off what you have, or who you know, doesn’t make you more seem impressive. For a woman who’s looking for quality and substance, they care more about your qualities and not your affiliation with a friend of LeBron James. Showing off may get the attention of some women, but not most women. Often bragging about your accomplishments is annoying, instead of attractive. It’s okay to talk about yourself, or what you do, but keep your ego in check.

Men will try anything to get a woman’s attention while on the street. One tweet that caught my eye once was a guys attempt to get her attention, but clapping. To quote her, “I’m not a dog!” Women aren’t animals in the wild that are attracted by loud sounds, shouts or by calling them “hey blue eyes!” Often, you’re not going to get anywhere with these techniques, so stop trying.

For years, guy’s have been sold on cheesy pickup lines that will melt a woman’s heart. Pickup lines don’t work, not with online dating, not with real dating. They are awful. There isn’t a “good” pickup line; every pickup line is horrible. Replace your catalogue of cheesy, crappy pickup lines with something normal. “Hi, I like your hair style, you look very good in it,” works better than discussions about shiny pants, or the need for a quarter because an angel fell from heaven. Instead of using a pickup line, have a conversation!

Keep Your Hands To Yourself

This particular topic has been mentioned many times all over the relatioship related blogs. Women don’t like being inappropriately touched, without their permission. Which means, do not grind against a woman, unless you know her or she asks for it. There’s a level of creepy that’s associated with the act, and in many cases it isn’t going to get you anywhere. While there will be times you will be successful by performing the act, there are many times that you won’t find any success.