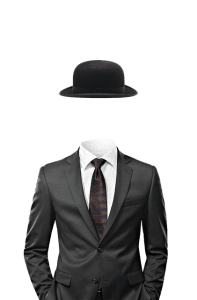 One of the more interesting questions I received here came from a fellow who quite self-effacingly claimed to be the kind of guy that nobody tends to notice much when he goes out. He wants to meet some nice young women but had no idea how to meet them. Also, he’s a terrible closer. Hell, he also sucks as an opener.

Basically, dude said that he has no idea how to pick up women but he does like to go out and hang with his friends and watches them catch women’s attention.

Wow, that was a lot.

I thought about this for a minute, mostly because rarely do we get questions from men, but also because this is a common occurence for many a man. Every guy isn’t some alpha-male, suave, debonair dude. There are a lot more Kevin James out there then there are Brad Pitts.

Anyway, as I thought about this I remembered a situation I found myself in back in 2000. Yes, a solid 19 years ago. I was in a summer program with a bunch of women from my school’s sister college and in this group of women were two young ladies who were easily known to be as hot as hot could be. Both were very down to earth and very cool but obviously could have their pick of any litter. They traveled together out on the town and often could be seen with the types of guys that you’d expect uber hot chicks to be with.

Well one particular Saturday evening, all the folks in our program went out to a nightclub in DC. As the person with the home times to DC I suggested the spot and we all made the trip. Now, I’m a club person. I have a ball. Which is exactly what I did. We got into the club and I directly made my way to the dancefloor, by myself to party…by myself. Awkward goofy dudes dance by themselves a lot.

But something funny happened. See, I was having the time of my life dancing to my favorite songs and basically just having an all around good time and one of the uber hot chicks came up to me and was like, “you know, I really want to dance with you. You seem to be having so much fun.”

So we danced and had a grand ole time. She was attached to my hip the whole night and even on the way back. For the rest of the program in fact we were almost inseperable. One day I asked her what changed. Not that I didn’t think I was great, but I never even thought she was interested. Her response was that seeing me being so goofy and having so much fun and being the life of the party just made her take notice and look at me different and want to get to know me.

As it turns out, me having fun without any insecurity and emitting all those positive vibes actually drew her in. She was curious about my good time and energy and decided she wanted to pursue it. I was spitting game and didn’t even know it.

So to the fellas out there who have no idea how to talk to the women. Enjoy your own life and times and do you in the funnest way possible and the ladies will come to you.

The best time you can show somebody is the good time that you’re having. 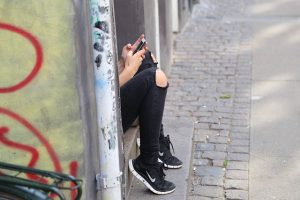