Believe What He Does More Than What He Says 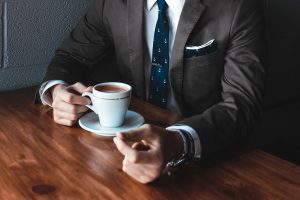 I’m seeing a theme among the thousands of questions that I am getting from you. They all go something like this:

“A guy I like said he wants to ask me out but hasn’t. Does that mean blah blah blah…”

Ladies, ladies, ladies. Listen to your friend Alex. I’ve been walking this earth a while, and I’ve learned a few things about people. Here are two big ones:

He told you this and that and the other. Fine. I’m not saying he’s a liar; I’m saying that talk is cheap. People often say what they want to do without stopping to think it all the way through. They mean well, but they are misleading not just you, but themselves, too. Others are just flat-out liars.

In creative writing courses they teach you that the best way to illustrate someone’s character is through action, not talk. Think about it: which is a more powerful statement, a guy telling you, “I like to help people” or a guy volunteering at a soup kitchen every weekend? Show, don’t tell, they say, because what people do is far more believable than what people say.

At the risk of sounding like I’m dogging out my fellow XYers, I believe that men are fairly simple to understand. Just watch us. Our actions speak far louder than our words. When we want something, we usually go right after it. When I need new socks, I go to the socks store, I find the socks, I buy the socks and I leave, socks in hand. End of story. I don’t stop to look at socks, I don’t try on belts, I don’t look for a sale flyer to see what t-shirts might be on sale week after next. I buy the socks and I beat it.

Ok, so what’s your point, McNeal? This: if a guy likes you, you will know it. Let me repeat that for those of you in the cheap seats:

If a guy likes you, you will know it.

If you go out once and he doesn’t ask you out again, he’s no longer interested. If you sleep with a guy and never hear from him again, he got what he wanted. If he dates you but still keeps other women within close reach, he might be interested in you, but not exclusively.

Sorry to be the bearer of bad news, but if you suspect that he’s not into you, he probably isn’t. There’s an old saying: when someone shows you who they really are, believe them.

As usual, there are always exceptions. By no means am I telling you to mistrust everything a guy says. I think most of us mean well, and there can be good reasons you haven’t heard from us. But there aren’t many good reasons. How long does it take to text? Shoot an e-mail? Call?

What I’m saying is that if a guy says one thing and does another, believe the actions.