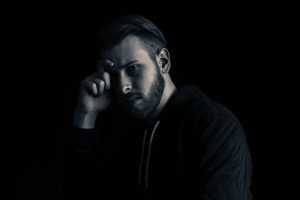 How to tell if a guy isn’t into you. There are certain things guys say and do that are reliable indicators that they’re not interested in whatever it is you wish they were interested in, whether it’s a date or a serious relationship.

There are no guarantees, and there are always exceptions. If a guy says he’s going to call and doesn’t, it might mean he’s not into you, or it might mean that he got a flat tire on the way home from work and his cell phone died. Don’t go jumping to conclusions if one or two of these things happen. You’re looking for trends.

He doesn’t call when he says he will (or e-mail, text, whatever, at a time when he said he would).

He asks you about other girls. Ouch.

Your only “dates” are horizontal. Hello, booty call.

He chooses a night out with his friends over a night out with you. Exceptions: a ritual event (Tuesday night bowling league) or something that has been planned for months, like a trip to Pigeon Forge.

He flirts with other girls in front of you. He’s not thinking about how it makes you feel, or he is and doesn’t care.

He doesn’t care about meeting your friends or family. He knows his lack of interest in you will be obvious to them, even if it’s not to you.

You haven’t met any of his friends or family. I don’t mean after the first date, of course. I mean after dating long enough that you should have met some of his family and friends by now.

He never compliments you. It might seem trivial, but if you’ve been around this guy for months and can’t remember one single nice thing he’s said about you, that’s not good.

You make all the plans. Guys who care will lift a finger to see you.

He doesn’t really know who you are. Why? Because he never asks about you.

He says you’re “like a sister” to him. You know what I said at the beginning about not jumping to conclusions based on one incident. You can jump on this one. If he compares you to a sister, it’s over. This one’s the kiss of death.

Your gut tells you he’s not interested. The gut is a smart cookie: it picks up nonverbal cues galore and adds them all up when you’re not looking. Is your gut ever wrong? Sure. But it’s right a lot more often.

There are more, but this is enough for now. I hope I haven’t shat in your flower garden. The truth hurts, but it’s better in the long run. Why waste time on someone who doesn’t reciprocate your feelings?