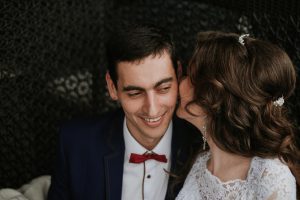 Is love on your menu? Are you trying to find that hunk-a-man to complete you like Mini-Me completes Dr. Evil? If so you’re in luck for today here at Loveawake, I shall share with you the do’s and don’ts to getting that guy that you want. And trust me ladies, it’s NOWHERE near as hard as you think. It just requires finesse, a little elbow grease, and the ability to read.

Do smile frequently. Not sure why women don’t realize that a little smile goes a long way. Men like approachable women and those that smile seem like they might hear you out without biting you. Now this doesn’t mean walking around looking like you stole a clown face and/or accidentally got your face frozen in a smile like they always said would happen but you didn’t really believe if you kept smiling so much. So do smile, but don’t smile so hard and unnaturally that you kind of resemble Jack Nicholson in the first Batman movie. And holy rusted metal Batman, did he scare the Batsh*t out of me.

Don’t dress like a hoochie mama. Unless of course you want the kind of guy who really likes hoochie mamas and would still use a very popular term from the late 90s in 2010. At the same time, do try to be a little sexxy. I mean you’re trying to impress a guy who’s probably okay with a little country a little bit of rock ‘n roll premarital sex, not the Pope. We like to use our imaginations, but all of us don’t have JK Rowling’s imagination.

Do be yourself – unless you suck – in which case, don’t be yourself but somebody who might actually be the kind of person who if you were yourself (you know, being that person that isn’t you) other people might actually like to be around and possibly want to consider copulation with. Lying isn’t a good thing, but neither is sucking.

Well, not that kind anyway.

Don’t be afraid to be different and goofy. Any guy who can’t accept you and your quirks is probably not the guy for you anyway. However, I’d highly recommend that you DON’T pull out that collection of dusty retainers you’ve been collecting from attics of famous signers of the Declaration of Independence…mostly because I’m not sure Ben Franklin had invented the retainer yet.

By the way, I have no idea if he invented the retainer but since he invented everything else I figured I’d take a shot. That and the Nintendo Wii. I’m pretty sure Benjamin Franklin invented that.

Do put out positive energy. I’m an energy guy and I prefer that the people and specifically the women I’m around aren’t Debbie Downers or go out of their way to find clouds on perfectly sunny days. However, don’t go out there finding the silver lining if my dog died. While I’m glad I don’t have to find anymore dog poo in my Ferragamo’s, I’d much rather have my dog. So cork it, sister.

Don’t stab the guy you’re interested unless he gives you a good reason, then do also mace him.

So basically, do be the kind of person men actually want to date and don’t suck.

Photo by Zoriana Stakhniv on Unsplash 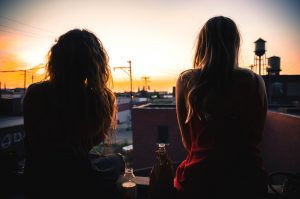