6 Ways to Avoid Being a Stage Five Clinger 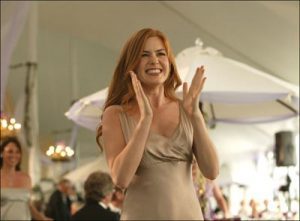 Everyone wants to feel like they are a special part of someone else’s life. Sharing inside jokes, getting flowers, or just having another person know all those little details about you that make you unique. However, when someone knows that you like to dance in your underwear before you go to bed not because you told them, but because they have set up a tree fort outside your window..it might be time to break ties.  So we decided to share with you some ways to keep yourself from falling into that creeper, stalker, or stage five clinger zone.

It’s pretty obvious to most people when someone is trying a little too hard. Try to let the conversation flow naturally and find things in common to talk about. Sure you might know that your crush is a fan of the show Mad Men, but unless you’re a fan too, don’t pretend that you watch it every week. It’s inevitable that you’ll say something about the show that is absolutely incorrect and you’re cover will be blown.  There’s nothing worse than a wanna be…or what we use to call a “poser”.

5) Self-Deprecation is a no-no

Both men and women like to be approached with confidence. If you carry yourself well, people will be attracted to that energy. Constantly talking about your flaws will end up making them more noticeable.  And the more noticeable your flaws are, the more creepier you become.  However, when you start telling a person that they’re the answer to all your problems, you’ve now just crossed the line from creepy to psycho.

4) Don’t compare them to your ex

If you are not ready to start over after a break up then its best just to give yourself some space to heal. The last thing you want to do is chat someone up and compare everything they say to your ex.  This is one of the easiest ways to scare any potential soul mate far far and farther away from you.  Plus, you’ll quickly put the “depressed,  lonely, and wacko” tag on yourself which is pretty hard to wash away.

3) Sometimes no is the answer

Just because you bought her a drink DOES NOT mean that she owes you the rest of her night. A polite thank you is really all that etiquette demands of a gift from a stranger.  If you start acting like a stubborn, attention demanding only child, you’re going to get denied and possibly have that drink thrown in your face.  Avoid being that guy at the bar.

Just like conversation should flow naturally, so should the casual touching that goes with having a conversation. Women are constantly told that all men everywhere are trying to put GHB in their drinks and lock them up in a basement where no one can hear you scream. So be aware of her personal space. Don’t put your hands on her legs or push her through a crowd of people. If she likes you, she will let you know.

If you go out the to chill with your buddies, its not fun to have some crazy lady following you everywhere you go. After it happens 3 times, it is no longer a coincidence that you were standing outside the bathroom the moment he walks out. If you had a good talk with someone and want to see them again, then get their digits. If you can sense that they are trying to head someplace else then let them go, absence makes the heart grow fonder and you’ll increase your chances of hearing from them again.  Remember: there’s a reason why all scary movies have a scene with someone jumping out from a corner…it’s freaky! 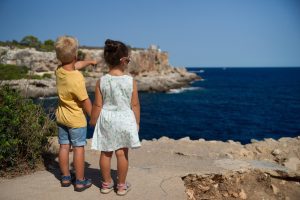 Why Attracting Women Is a Choice

When it comes to the subject of attracting women and whether that interests you or not the answer is obviously a resounding “yes,” but what probably never crosses your mind is that it’s also a choice. Here’s what I mean… You might be so busy trying to attract women using the old, traditional way of over-pursuing them by […]

I love to watch old movies, movies from the 40’s, 50’s, and 60’s, movies that were made when there was a real threat to this country, either from the Nazi’s or the Communists. Certainly this country has enemies, but the threat of defeat or destruction by another country has receded, replaced with localized violence. If you watch these […]

Turn Your Date a Memorable One with Dating Etiquette

Have you gone on a date and returned home disappointed because you made a mistake? A very important part of dating is to practice the so called dating etiquette. Looking at the term itself, dating etiquette is like a guide to the norms of dating which you must practice. It is very crucial in ensuring that […]

Random Dating Tip : How To Deliver A Persuasive Speech

There are many guides out there on how to deliver a persuasive speech, do a search on google and you get crappy results like “use good disclaimers” and “show the audience you care very much about this topic”. Goodness, shoot me already (no wait i was kidding). Anyway, here are 3 tips i combine to […]