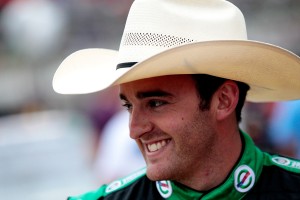 He might be barely into his mid-20s, but Sprint Cup driver Austin Dillon has already found himself smack dab in the middle of NASCAR’s brightest spotlight. You could say Dillon was born to be a driver. His grandfather is legendary team owner Richard Childress and his father Mike Dillon is the general manager at Richard… 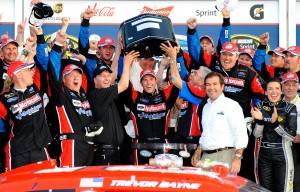 Click “Like” to share this with your friends! They don’t call it “The Great American Race” for nothing. The Daytona 500 is the equivalent to the NFL’s Super Bowl and Major League Baseball’s World Series except for the curious fact that it’s the first race of the season and it’s doesn’t actually determine the Sprint… 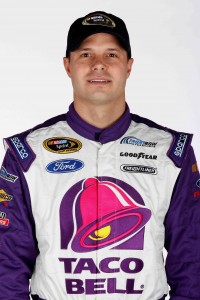 Click “Like” to share this with your friends! There’s perhaps no better example of a NASCAR driver’s unpredictable career path than Sprint Cup competitor David Gilliland. Since 2005, when he first made the leap from regional racing on the West Coast to the NASCAR ranks, Gilliland has experienced thrilling highs, devastating lows and long periods… 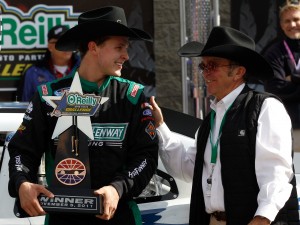 Click “Like” to share this with your friends! It’s been a crazy year for Trevor Bayne. After shocking the racing world with his record-setting victory at the Daytona 500 back in February, an illness off the track and inconsistency on the track made for a frustrating Nationwide Series season. That all changed at the O’Reilly…
archives most recent
about

Chad has been working in mass media for over 20 years. Chad’s professional journey began at the University of Tulsa where he graduated with a Bachelor of Arts (1993) while working extensively in athletic media relations and serving as a sports editor for The Collegian.

When he's not writing, Chad lends his efforts to various independent television and film projects. He was the coordinating producer for Choosing Life (2010) and Life Happens (2011). Chad is currently serving as producer on a forthcoming documentary about Super Bowl champion Brian Kinchen.