After breaking records two years ago with her chart-topping hit “You Say”, Lauren Daigle is back with a new single, which is said to be a love song to God. The Christian music singer and songwriter announced the release of “Hold On To Me” on Feb. 26. She expressed her excitement for the heartfelt song across all her social media pages, stating, “I hope this song reminds you there’s still good in the world. No matter the circumstance you are walking through, there is someone in your life there to help you get through it.”

The ballad’s message brings solace in the very dark times many faces right now amid a global pandemic. Daigle told her fans on Instagram, “There’s something powerful about having people in your life that see who you are through the worst of circumstances and still choose you. “Hold On To Me” is about all of us coming together and remembering that being with each other and being there for each other is what life is truly all about.”

Daigle crafted the track in collaboration with songwriter Paul Duncan and producer Paul Mabury. The dynamic trio composed the inspirational song while on the road for her “Look Up Child” tour in 2019. Although the piece was created before the Covid-19 pandemic, the lyrics are still very relevant to everything currently happening in the world. The Christian singer even pointed out the irony in an interview with “American Songwriter” stating, “We wrote it for such a different time period and then 2020 hit, and it’s like, ‘Whoa! Those lyrics just came to life in such a different way’.”

“I could rest here in Your arms forever/’Cause I know nobody loves me better/ Hold on to me/ Hold on to me,” she sings in the last verse of the song.

These lyrics foster a message of hope in a time of uncertainty and sorrow.

Hebrews 13:5 tells us that God will never leave us or forsake us. No matter what trials we face in life, God will always be right by our side to comfort us with His everlasting love. The Christian artist had always depended on God for hope, especially when she was diagnosed with the autoimmune disease Cytomegalovirus, which mandated intense isolation for two years of her life.

The singer’s breakout album “Look Up Child” was released on Sep. 7 2018, under her label “Centricity Music.” This third studio album topped the “Billboard US Christian Albums” chart and maintained a spot on the “US Billboard 200” chart for three years in a row. Daigle’s progressive music is known for bridging the gap between secular mainstream music and Christian music. However, this has sparked controversy in the past since she stated that she did not want to be called a “Christian artist” rather just an “artist.” Although she says her lyrics are singing to God, she never uses “God” or “Jesus” in her songs. Instead, she uses pronouns that are left up to the interpretation of the listener.

“Hold On To Me” is now available on all streaming platforms. 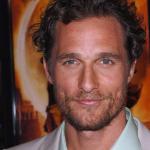 Matthew McConaughey Plans Virtual Benefit to Rebuild Texas, Take Care of Those in Need
archives most recent
More from Beliefnet and our partners
previous posts