THE OLIVE PRESSES OF KLAZOMENAI

During the course of the next month, I will be sharing with you from time to time the results of my time in Turkey at archaeological sites in May 2009.   The first of these is a site south of Izmir (=Smyrna) that was part of the Ionian League, which is to say, part of the many Greek settlements that existed on Turkey’s coast long before the NT era.  This particular site, Klazomenai,  only yards from the coast includes a large olive pressing operation, which provides excellent knowledge for us about the processes used throughout the Mediterranean (including in Israel) to produce olive oil, that most important staple that fueled the lamps and helped prepare the food that fed the hungry. 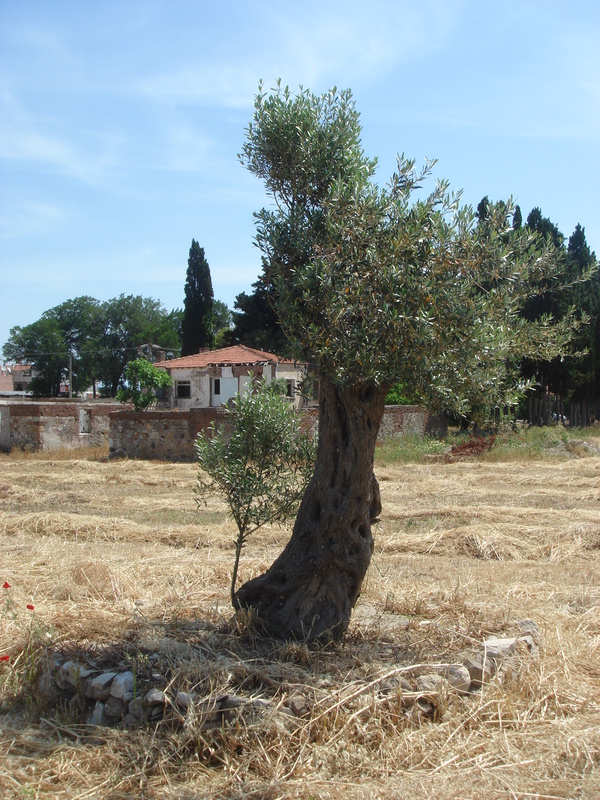 Olive trees can of course live for a very long time, witness the ones that still reside at the Garden of Gethsemane that date back to the Roman era. What many of us who do no livre in the Mediterranean do not realize is that mostof the olives Amricans consume as fruit or as oil comes from Turkey, even though it may be packaged or processed in Italy.  It has always been thus, as Turkey is one of themost fertile countries in the entire Mediterranean region and its climate  quite hospitable to producing fruit of all sorts. 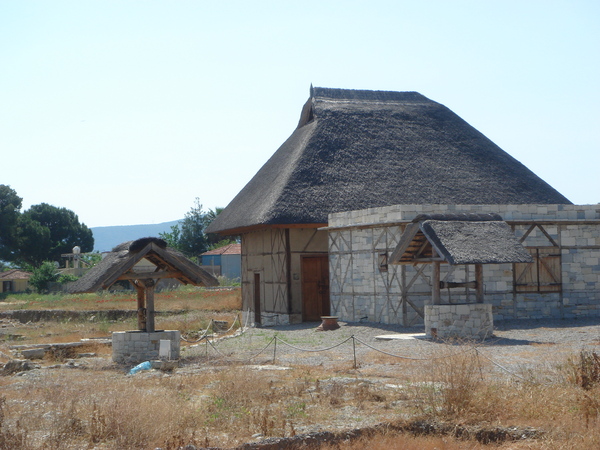 What you see above is the storage building and the pressing building at Klazomenai, beautifully recreated by Turkish archaeologists.  The white limestone structures could have withstood many years of use and weather.  You will also notice two wells, as water is so very necessary to the process of pressing olives in various ways. 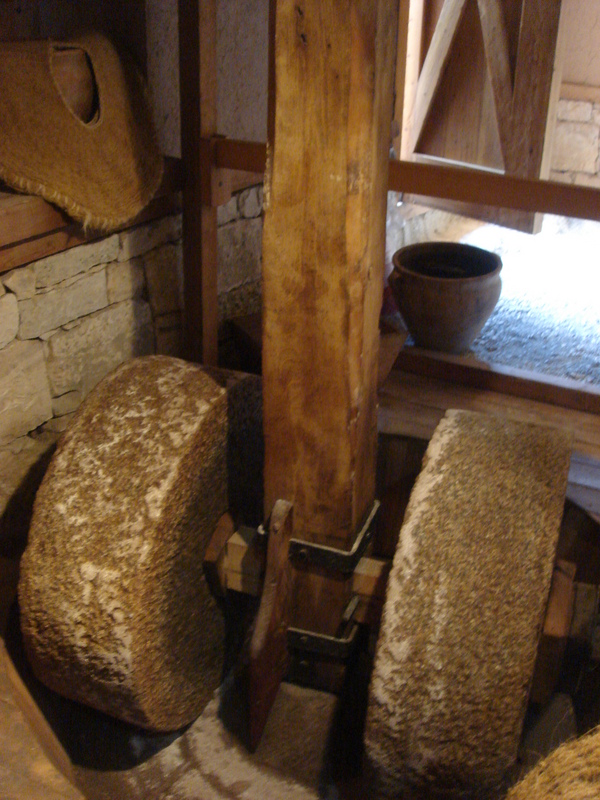 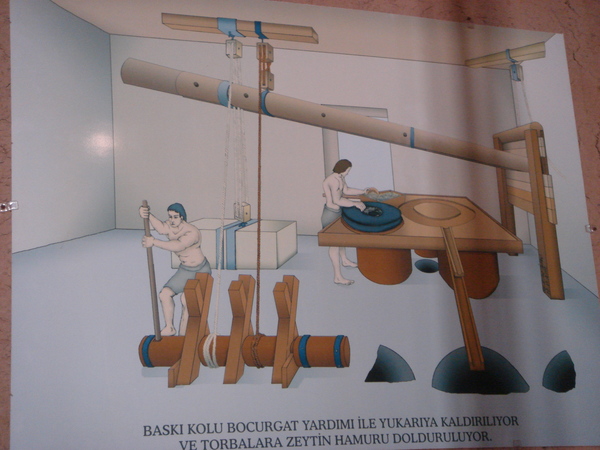 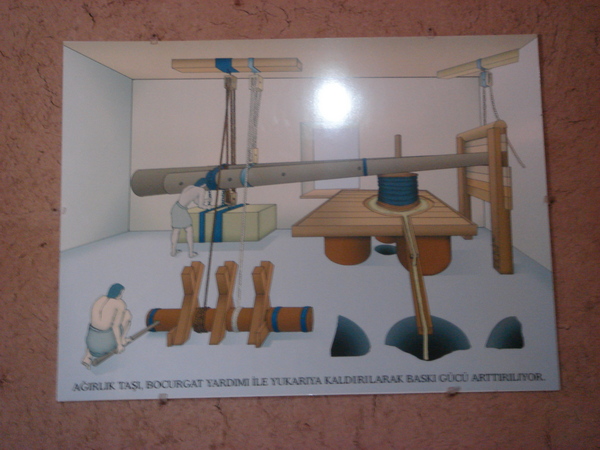 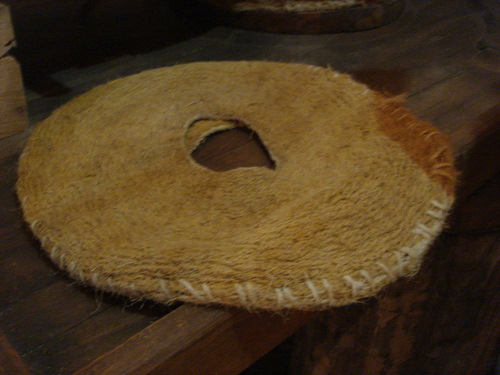 As we all know, oil and water do not mix, so what would happen is that the oil would coming oozing out of the press down a channel and into a vat which often had water in it, a sort of purification process. In the following picture we see how the olive pit and skin residue had settled to the bottom of a vat but the pure oil would sit on top of the water, and be distilled into yet another vat, from which it would be taken for bottling. This process is what one knows as a primitive form of cold pressing of olives. 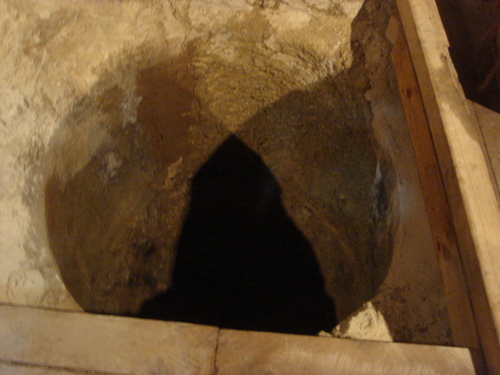 Whay you see below is soime of the typical amphoras which would be used to store or ship the olive oil. 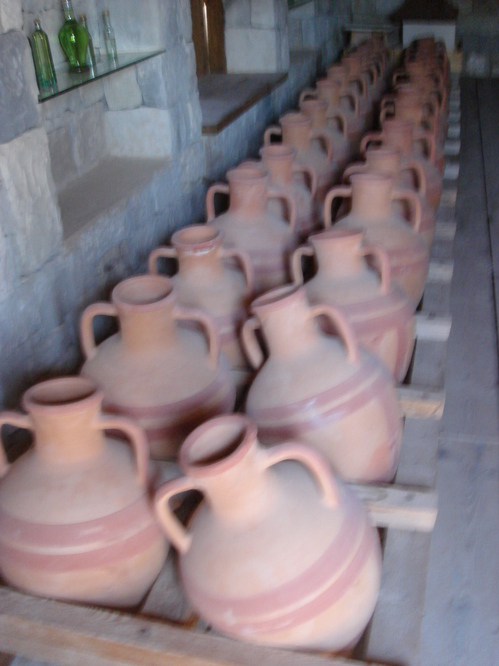 In this picture you can see that the oil, like wine, would be stored in a cool dark place, often a cellar, and you can also see in this picture the small glass vases with different degrees of purity of oil in them (virgin, extra virgin etc.) used for all kinds of purposes, not the least of which was cooking various things. 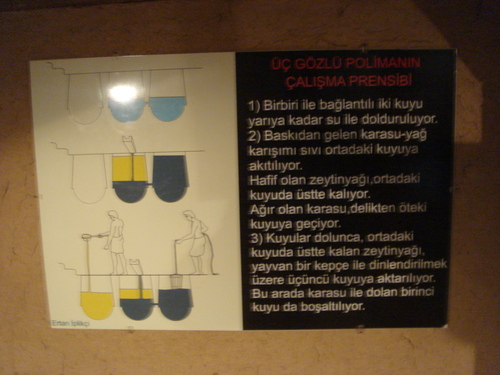 This picture shows the process of settling out, which in fact involved three vats with the one on the far left, the third vat being the one from which oil would be extracted and then placed in containers.  One did not simply press the olives and then use the oil, the oil had to be purified first, especially if it was to be used for fuel for lamps, perhaps the most important use of the oil. 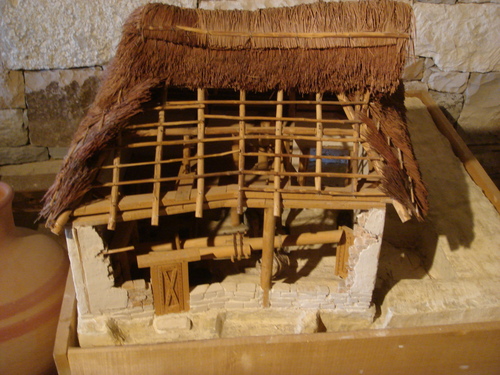 Here is a nice small model of a pressing shed which shows the horizontal press. As you can see much was involved, and the ancients knew full well about the importance of weight and balance issues.  Their technology was by no means primitive.  Indeed in some cases it would be hard to improve on.  To this day, hot press oil oil producing is not as good as cold press, which is to say the modern mechanical process is less good than the primitive process in preserving all the value and nutrients in the oil.

Jesus and many of the NT writers will have seen this process at work many times.  You will perhaps remember the graphic image Jesus uses in Luke 6.38 when he says “Give, and it will be given to you. They will pour into your lap a good
measure– pressed down, shaken together, and running over. For by your
standard of measure it will be measured to you in return.”  Everyone would know that he was referring to either grain or the olive pressing process of pressing down and the oil pouring over.  It is an image of God’s abundant graciousness and generosity. 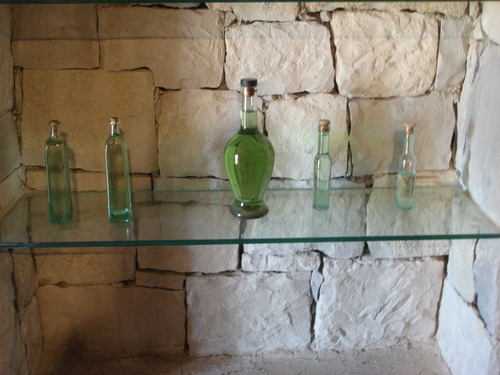 The oil, once put in amphorae was ready for shipping, in boats much like this boat sitting in the harbor at Klazomenai, a recreation of the boat of brave Odysseus who sailed the wine dark seas of the Aegean. This boat was carefully constructed by the archaeological department of Ankara, and when we visited it, it was about to be sailed to France for an exhibit, so obviously it is seaworthy.  Note the slots for the single oars on each side. It was not simply a sailing vessel and you would want to run into its prow either. 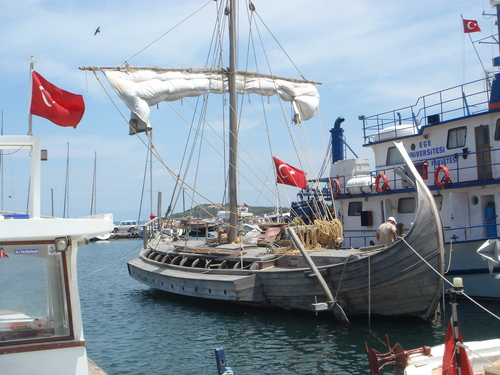 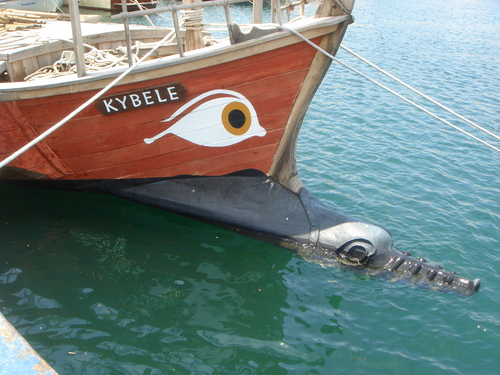 As I keep saying, a text without a context is just a pretext for whatever you want it to mean. The Bible cannot be fully understood with out attention to its various contexts, including the historical and archaeological ones.