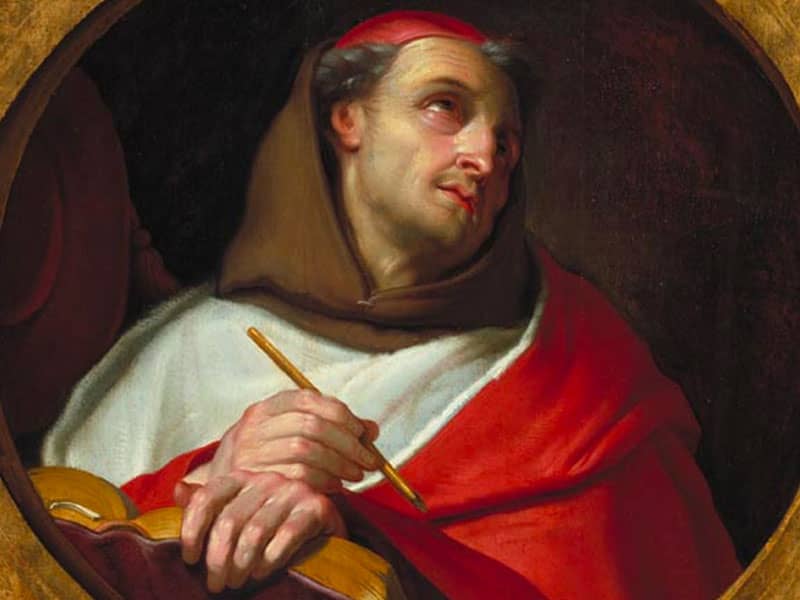 Bonaventure, Franciscan, theologian, doctor of the Church, was both learned and holy. Because of the spirit that filled him and his writings, he was at first called the Devout Doctor; but in more recent centuries he has been known as the Seraphic Doctor after the “Seraphic Father” Francis because of the truly Franciscan spirit he possessed.

Born in Bagnoregio, a town in central Italy, he was cured of a serious illness as a boy through the prayers of Francis of Assisi. Later, he studied the liberal arts in Paris. Inspired by Francis and the example of the friars, especially of his master in theology, Alexander of Hales, he entered the Franciscan Order, and became in turn a teacher of theology in the university. Chosen as minister general of the Order in 1257, he was God’s instrument in bringing it back to a deeper love of the way of St. Francis, both through the life of Francis which he wrote at the behest of the brothers and through other works which defended the Order or explained its ideals and way of life.