How much do you really know about our heavenly intercessors?

When it comes to our physical and emotional health and the well-being of our loved ones, the saints are great aids to us. One of the most incredible thing about the saints is that no matter their circumstances, the saints never lost faith in God. They are a wonderful example to all believers, even those who are not of the Catholic faith. While there are a number of saints you probably are familiar with, there are probably a number that you aren’t familiar with. You may know what things you call on certain saints for, but there are likely a number of things you’re not so sure about. Here are seven things you didn’t know about the saints.

The standards for sainthood had to be regulated.

In the early church, there wasn’t formal canonization but a group of local martyrs was widespread and regulate by the bishop of the diocese. The first saint canonized by a pope was Ulrich, bishop of Augsburg. He died in 973 and was canonized by Pope John XV at the Lateran Council of 993. The first Catholics regarded as saints were martyrs who died under Roman persecution in the first centuries following Jesus’ birth. These martyrs were recognized as saints almost instantly after their deaths, highly regarded for dying in the name of God. In the centuries following, sainthood was extended to those who led pious lives and defending the faith. Eventually, eventually had to step in and regulate the process. Since the criteria for canonization wasn’t strict, the number of saints grew dramatically during the sixth and seventh centuries. Around 1200, Pope Alexander III decreed that only the pope had the power to determine who could be identified as a saint. This was following the canonization of a saint who he believed had been killed in an alcohol-driven brawl and wasn’t worthy of canonization.

They can assist you in turning around your physical and mental health.

If you’re Catholic, you probably know there are a number of saints for health but did you know that there are special saints to call on when you’re looking for a complete medical breakthrough? St. Dymphna is patroness of those who suffer through stress, anxiety and mental illness. She was only 15 when she was martyrd in defense of her purity. When her mother passed, her father was afflicted with mental illness and attempted to marry her. After fleeing her home, her father found her and killed her. While some have never heard of St. Dymphna, she is growing in popularity because of the growing world of stress, fear and anxiety we live in. She welcomes our prayers and petitions of healing when it comes to our emotional health and wellness.

They can help you get out of desperate situations.

If you are faced with a desperate situation, don’t be afraid to turn to the saints. You can call on St. Jude. Why should you turn to him in these circumstances? The traditional reason is rather simple: When one hears the name Judas (Latin and Greek) or even (English), one immediately thinks of Judas Iscariot who betrayed our Lord. Therefore, a person had to be desperate to invoke his name. Being so seldom invoked and reverenced, St. Jude is ready and waiting to hear the prayers of those who call upon him. Ironically, he is probably the Apostle who is invoked in the most prayer, and the most memorialized in churches with statues or artwork.

They can help you through your relationship problems.

If you’re struggling in your relationship or are in need of help when it comes to your love life, know that there is a saint for that. St. Valentine is the patron saint of love. Believers say God worked through his life to perform miracles and teach people how to recognize and experience true love. This famous saint, an Italian doctor who later became a priest, inspired the creation of the Valentine’s Day holiday. He was sent to jail for performing weddings for couples during a time when new marriages were outlawed in ancient Rome. Before he was killed for refusing to renounce his faith, he sent a loving farewell note to a young blind girl he had been helping to teach, the daughter of his jailer, and that note eventually led to the tradition of sending Valentine’s cards. Believers say that God miraculously cured Julia of her blindness so that she could personally read Valentine’s note, rather than just have someone else read it to her.

They can help people of all age groups.

You can call on saints at any age. That also means they can protect those of all ages. If you are worried about your rebellious teenager, turn to St. Dominic Savio, a powerful intercessor. Dominic was a bright kid who met St. John Bosco at the age of 12 and attended his school. As an ordinary and fun-loving boy, he sometimes got into trouble for laughing too much in the classroom. He loved to play games, but also devoted long hours to prayer. One day Dominic encountered two boys arguing and on the verge of a dangerous fight. They were going to throw stones at each other until Dominic intervened. Dominic was a beacon of light to his classmates and helped many of them turn their lives around and back to God. He died at the age of 15 due to a severe, unidentified illness, and was later canonized for displaying such heroic faith at a young age. He is known as the patron saint of “juvenile delinquents” and is a great intercessor for all youth, especially those who have fallen in with bad influences, or gone astray.

They can help you with physical struggles, including infertility.

There are a number of patron saints for impossible causes. One of those saints is St. Rita who is known as the saint for seemingly impossible causes. If you are struggling with infertility or miscarriage, getting pregnant seems like the impossible dream. Every month that goes by without a pregnancy or every miscarried baby adds to the desperation and feeling hopelessness. Daughter of Antonio and Amata Lotti, a couple known as the Peacemakers of Jesus; they had Rita late in life. Rita lived 40 years in the covenant, spending her time in prayer and charity and working for peace in the region. She was devoted to the Passion, and in response to a prayer to suffer as Christ, she received a chronic head wound that appeared to have been caused by a crown of thorns, and which bled for 15 years. She is well known as the patron of desperate, seemingly impossible causes and situations because she has been involved in so many stages of life – wife, mother, widow and nun, she buried her family, helped bring peace to her city, saw her dreams denied and fulfilled – and never lost her faith in God.

They can help those who are in poverty.

No matter what your background is, there is a saint for you. There are saints that can help the poor and downtrodden. One of the saints they can turn to is St. Benedict. Called “the Beggar of Rome,” St. Benedict Joseph Labre was born in Amettes, France, on March 25, 1748, the eldest of eighteen children.

Studying under his uncle, a parish priest, Benedict tried to join the Trappists, Carthusians and Cistercians to enter religious life but was unsuccessful due to his poor health and a lack of suitable academic preparation. In 1770, he made a pilgrimage to the major shrines of Europe, settling in Rome in 1774. There he lived near the Coliseum and earned fame for his sanctity. He traveled from great shrine to another, living off alms. He wore the rags of a beggar and shared his food with the poor. Filled with the love of God and neighbor, Benedict had special devotion to the Blessed Mother and the Blessed Sacrament and attended the Forty Hours devotion in the city.

Catholics regard heavenly intercessors not only as sources of inspiration, but also as good neighbors. They see saints as faithful and reliable friends who come to our aid during times of trouble. Although times change, their need for the help of the saints remains constant. 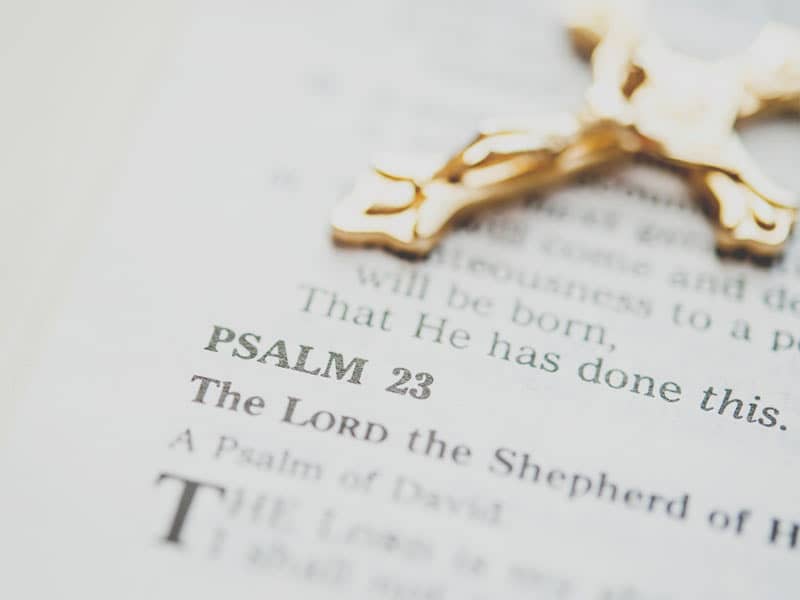 Uplifting Reflections on the 7 Values

more from beliefnet and our partners
Add some inspiration to your inbox.
Sign up for Beliefnet's Saint of the Day newsletter.
From time to time you will also receive Special Offers from our partners
Lesli White