When it comes to impossible causes, these patron saints are here for us.

How are we to face impossible situations – ignore them and hope they go away or face them with an overcoming faith in God? The Bible tells us to respond with faith, because with Him nothing is impossible. Jesus said, “The things that are impossible for people to do are possible for God to do.” (Luke 18:27). Our faith is able to grasp the reality of the possible in the face of the impossible. Only faith has the power to move seemingly impossible mountains. Only faith has the ability to look directly at an impossible situation and know that it will change. If you are dealing with an impossible cause, you can turn to saints for healing and change. The saints are given special powers by God to work miracles. It says in Scripture, “In the saints that are In His earth hath the Lord been wondrous; He hath wrought all His desire in them” (Psalm 15:3). When it comes to impossible causes, particularly when it comes to our physical and emotional health and the well-being of our loved ones, the saints are great aids to us. Here are six patron saints of impossible causes.

St. Jude is the patron saint of Hope and Impossible causes and one of Jesus’ original twelve Apostles. He preached the Gospel with great passion, often in the most difficult circumstances. Through the power of the Holy Spirit, he made profound differences in people’s lives as he offered them the Word of God. St. Jude is traditionally depicted carrying the image of Jesus in his hand. This recalls one of his miracles during his work spreading the Word of God. King Abagar of Edessa asked Jesus to cure him of leprosy and sent and artist to bring him a drawing of Jesus. Impressed with Abagar’s great faith, Jesus pressed His face on the cloth, leaving the image of His face on it. He gave the cloth to St. Jude, who took the image to Abagar and cured him. After the death and resurrection of Jesus, St. Jude traveled throughout Mesopotamia, Libya and Persia with St. Simon, preaching and building up the foundation of the early Church. St. Jude died a martyr’s death for his unwavering faith. He is the patron of impossible causes because the scriptural Letter of St. Jude, which he authored, urges Christians to persevere in difficult times. St. Bridget of Sweden was directed to turn to St. Jude. In a vision, Christ told St. Bridget, “in accordance with his surname, Thaddeus, the amiable or loving, he will show himself most willing to give help.” He is the patron of the impossible because the Lord identified him as a saint ready and willing to assist during trials.

For centuries, St. Rita of Cascia has been one of the most popular saints in the Catholic Church. This is because of her difficult life and for the help she has given to those passing through very difficult times. St. Rita is a powerful intercessor to turn to under the weight of your burdens. She devoted her life to the care of plague victims, without ever becoming infected with disease. She practiced great mortifications and lived a life of charity for others. Her prayers brought about miracles of healings and deliverance from the devil. As seen in her pictures, Jesus allowed her to suffer His pain by having a thorn wound in her forehead. It caused great pain and had a foul odor. The wound lasted all her life and she would pray; ‘O loving Jesus, increase my patience according as my suffering increases.’ Immediately after her death, she was venerated as a protector from the plague and was named the patroness of impossible causes. Also, at the time of her death, innumerable miracles began to take place. For this reason, devotion to her began to spread quickly.

St. Philomena, whose name means “Daughter of Light,” is one of the earliest known Christian martyrs. Little is known about her life. However, it is believed she was a Greek princess who became a virgin martyr and died at 13 years old. Remains of her body were discovered in May 1802 at the Catacombs of Priscilla in the Via Salaria Nova with three titles reading “Peace be to you, Philomena.” All that is known about St. Philomena’s life comes from a Neapolitan nun’s vision. Sister Maria Luisa di Gesu claims St. Philomena was came to her and told her she was the daughter of a Greek king who converted to Christianity. When Philomena was 13 years, she took a vow of consecrated virginity. After her father took his family to Rome to make peace, Emperor Diocletian fell in love with Philomena. When she refused to marry him, she was subjected to torture. St. Philomena was scourged, drowned with an anchor attached to her, and shot with arrows. Each time she was attacked, angels took to her side and healed her through prayer. Finally, the Emperor had Philomena decapitated. According to the story of her death, her death came on Friday at three in the afternoon, the same as Jesus. Devotion for Philomena began to spread once her bones were exhumed and miracles began to occur. Soon after her relics were enshrined, cancers were cured and wounds were healed, all attributed to St. Philomena.

St. Gregory of Thaumaturgus was born in Asia Minor around the year 213. Although raised as a pagan, at age 14 he was deeply influenced by a good teacher and converted to Christianity with his brother. At the age of 40, he became a bishop in Caesarea and served in the Church in this role until his death 30 years later. According to ancient records, there were only 17 Christians in Caesarea when he first became a bishop. Many people were converted by his words and by his miracles which showed the power of God was with him. When he died, there were only 17 pagans left in all of Caesarea. According to St. Basil the Great, St. Gregory is comparable to Moses, the prophets and the Twelve Apostles. St. Gregory of Nyssa says Gregory Thaumaturgus experienced a vision of Our Lad, one of the first of such recorded visions.

St. Peregrine Novena is the patron saint for cancer patients, known not only for his holiness but also the miraculous healing that he received. After being scheduled to have his leg amputated, he prayed for healing. He then had a vision of Jesus coming down from the cross and touching his leg. He was then completely healed. Peregrine himself performed numerous miracles in his life. After his death in 1345, there were countless others, particularly in Spain. The Church attributed to him more than 300 cures of cancer and other illnesses from 1694 to 1726 in one city there alone. If you know someone suffering from cancer, prayers to St. Peregrine can give you hope.

St. Maximilian Kolbe is the patron saint of addiction battles, particularly drug addiction. St. Maximilian was very active in promoting the Immaculate Virgin Mary and is known as the Apostle of Consecration to Mary. Much of his life was strongly influenced by a vision he had of the Virgin Mary when he was 12. During World War II he housed over 3,000 Polish refugees at his monastery, was imprisoned and sent to Auschwitz and volunteered to die in place of the stranger in that death camp. It is said during his last days of his life, Kolbe lead prayers to Our Lady with the prisoners and remained calm. Recognized as the Servant of God, Kolbe was beatified as a “Confessor of Faith.”

We often wonder why we are presented with trials. Ultimately, trials develop godly character, and that enables us to “rejoice in our sufferings, knowing that suffering produces endurance and endurance produces character and character produces hope and hope does not put us to shame, because God’s love has been poured into our hearts through the Holy Spirit…” (Romans 5:3-5). Through all trials and tribulations, we have victory through God. These six saints of impossible causes have been powerful intercessors for difficult circumstances in the lives of many people. If you’re dealing with an impossible cause, God permits prayers to be answered through their intercession. 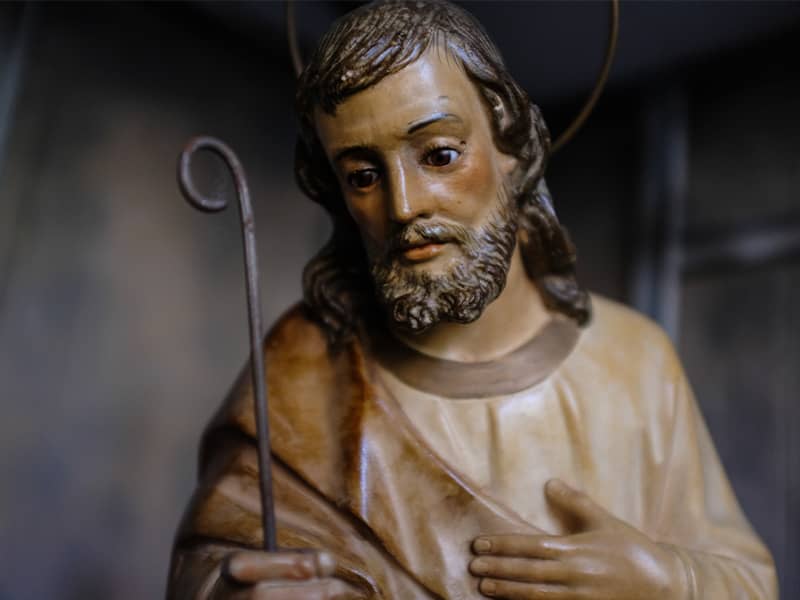 7 Lessons From the Early Christian Saints
Their lives show us how to live our faith. Read next feature >