It might seem like Tenth Avenue North came out of nowhere back in 2008, but just like every band, there’s a longer tale behind the “overnight success” story. For these guys, it all started at Palm Beach Atlantic University (which, by the way, I’m pretty sure my wife would’ve attended had she known such a place existed back in the late 90s) where lead singer Mike Donehey and drummer Jason Jamison formed a worship band that grew in popularity as it served throughout the local community.

In this Whole Notes interview, Donehey talks about touring with some of the scene’s popular veteran bands, taking the unplanned approach to success and writing a life-altering song:

Chad Bonham: What has it been like for a relatively new band to the scene such as Tenth Avenue North to tour with a crusty old band (and I say that affectionately, of course) like Third Day?

Mike Donehey: It’s funny, we went with them on tour in the spring and they asked us to come back out in the fall. The first weekend of the fall tour, they invited on their tour bus after a show and they just listened to music for hours. So hanging out with the old crusty dudes has been the most refreshing times for me. We’ve also toured with Mercy Me and those guys are so grateful to still be doing it. Sometimes it’s the young, fresh guys that are the most cynical ones. We’re learning all over again to just be really grateful to do what we do.

Bonham: Tell me about the band’s journey to the national stage.

Donehey: We met at a college 11 years ago and that’s where we started playing. Basically, we were playing at college worship services and youth groups. We were the house band for a youth group there and worked at a church there for several years. Then we just kept getting asked to play places and we just kept saying “yes” to the point where we were like, “Man, we could actually do this full time.” We didn’t have any hopes to be a band or be rock stars or even do this full time. So it’s very strange. We just kept walking through doors and before we knew it, we’d been full time independently. I slept on a lot of floors, but we were never trying to get signed or trying to break through as it were. It’s kind of weird when we get guys who are trying to break through that ask, “How did you do it?” And I’m like, “I don’t know! I wasn’t trying!” But I think the best advice I can give to someone who wants to break through as a band is to just bloom where you’re planted and serve the community that you’re in. If you’re not serving the community you’re in, then what makes you think you’d be of any service to these other communities?

Bonham: Has the purpose behind the band changed since you went national or it essentially the same, just with a much larger audience? 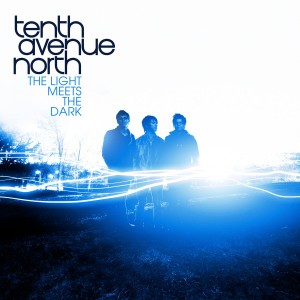 Donehey: To be quite frank, one of the sad things is that we used to do camps for a week or we’d do a retreat for a weekend. We’d play a concert but we’d also lead worship. That’s where I feel like I can actually engage in the discipleship process with kids, especially because they don’t think you’re anything special. They’ve never heard of your band. “Who are you guys?” You’re always proving yourself every time you play. But then once you go national and everyone’s heard your songs on the radio, it’s like “Oh my gosh! You guys are Tenth Avenue North!” And we’re like, “No! We’re the same old band! Why are you being weird?” So suddenly it’s almost harder to break through those walls that people carry because there’s this fame element added to it. But I try to look at what Paul said about it. Some serve. Some encourage. Some evangelize. Our focus has always been Jesus and helping people encounter Jesus. We still want to make disciples with our music and through our concerts. But it’s become more evangelistic because we’re in a different city every night.

Bonham: How has the song “You Are More,” both its success and its message, impacted the band and your audience? 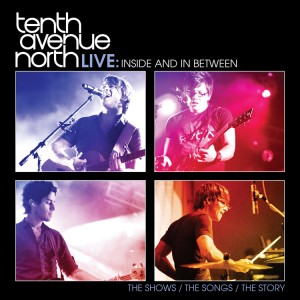 Donehey: I heard Jon Foreman from Switchfoot describe songwriting and he said, “A lot of times I write songs like an oyster makes a pearl.” The way an oyster makes a pearl is there’s an irritant, like a piece of dust or dirt, that gets inside and the oyster forms the pearl around it to deal with the irritant. So my irritant was basically something I’d heard in some songs and in some sermons. I heard it in a Christian movie. It was this overarching, grandiose statement: “The choices you make, make you who you are!” One day I was driving and I was getting so mad because I understood what they were trying to communicate, that our choices have consequences, but by phrasing it that way, they’ve actually eliminated the possibility of grace. They’ve completed annihilated redemption with that statement: “You do this, you get that.” The whole point of the Gospel is you sinned. Jesus gets (your punishment). You get His life. You get His forgiveness. It’s the exact opposite of, “The choices you make, make you who you are.” The choices He made for you, make you who you are. None of us earned being a new creation. I wrote “You Are More” out of that irritant. This has to be explained to people because I think we’re misleading them.

Bonham: Have you seen that message resonate with your audience?

Donehey: Up until that point, “By Your Side” was the song that people seemed to gravitate towards. Then “You Are More” came along. I was so excited writing it. I felt like it was so important for people to hear that. It was important for me to hear that. It’s been amazing. This past summer at festivals we’ve had crazy stories of people getting out of addictions, girls handing me their razor blades that they used to cut with. A lot of them attribute it to “You Are More.” And I’ll say, “You know that’s the Gospel, right?” That’s all it is. It’s pretty exciting.

Stay up-to-date on the latest from Tenth Avenue North by visiting the band’s official website HERE.