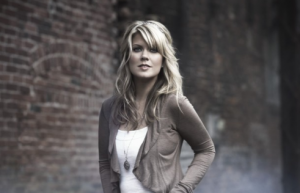 It’s hard to believe, but the facts don’t lie. Natalie Grant recorded three albums between 1999 and 2003, and not one of them produced a single Top 40 Christian radio hit. A lot changed, however, in 2004, when Grant traveled to India and had some life-altering moments that not only changed her life, but brought a new passion and direction to her music.

Since then, Grant has been a staple on the radio charts and has nabbed four Gospel Music Association Dove Awards for Female Vocalist of the Year. More importantly to Grant, she has discovered a burning desire to impact the lives of her listeners (in particular, girls and young women) and help draw attention to an endemic international crisis.

Earlier this year, we spoke to Grant about her first starring film role–a made-for-TV movie that aired on the Gospel Music Channel. You can read that part of the interview by clicking HERE.

In this part of the Whole Notes interview, you can hear what Grant has to say about how her image has changed over the years, the message she hopes her music sends, and how Law & Order changed her life:

Bonham: When you were first introduced to the music world, it seems like your label was marketing your looks as much as your singing ability. How far removed do you feel from that point in your career and at what point do you think people started to catch on to what you had to offer as a singer and a songwriter? 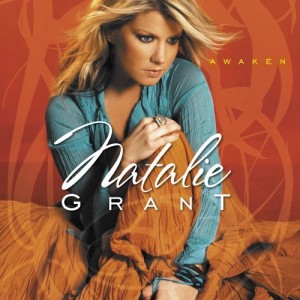 Natalie Grant: I didn’t make those choices in the beginning. That’s so often part of the story with an artist. You get into a situation where other people are deciding what you should be, how you should be imaged, and then they’re putting it out. What’s even more disturbing is that it happens in a faith-based community where it’s supposed to be all about your message. I struggled greatly with the way that they were imaging me. And even my record, to be truthful, I’m so not proud of my first record at all. It wasn’t me at all either. But, without it, I don’t think I ever would have continued to progress and grow the way that I have. If you’re an overnight success, you’re not pushed as much to kind of dig deeper and find out more about yourself and what you’re capable of. You just try to continue to do the same things to keep the same success going. And I did not find success with my first record. I didn’t find success with my second record or my third record! It was my fourth! But I had the opportunity to continue making records. That first record label isn’t around anymore, so I lost that deal and signed with someone else. I’ve definitely had an interesting career path. What that’s done is it’s shown me that I can actually take control of those kinds of decisions and the first time that happened was on the Awaken record. That’s why it was so important for me to have the content be there and to be able to talk about who I was and who I am. But it’s also because something significant happened in my life with my trip to India. It really did transform my life from the inside out. As a result, it transformed my heart.

Bonham: So you’re obviously much more comfortable with where you’re at now and the kind of music you’re able to produce for the public.

Grant: Yes, and it’s so important to me to make the message more important than the image because I have daughters. I see this message that the culture is sending to girls. I know the message that it sent to me and a lot of the struggles that I had growing up were because of that. I know what so many girls struggle with. I don’t want to be the one that stands on stage and every girl out there says, “Oh gosh, I couldn’t look like that” or “I want to look like that.” I would want them to say, “There’s a woman who’s had a strong impact on my life because of her faith and the way that she lives her life and how honest and transparent she is.” Hopefully I’m accomplishing that.

Bonham: The sex trafficking issue is slowly getting traction in the entertainment community and in the church. How has that ongoing international tragedy impacted you personally? 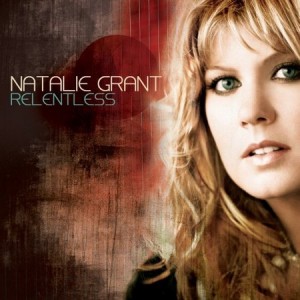 Grant: It’s becoming trending now, which is incredible because trendy stuff gets done. When I first learned of it, I’d never heard of it before. Nobody was talking about it. It was in 2004 and it wasn’t really in the news yet, but an episode of Law & Order did something about it. I never thought I’d say that Law & Order changed my life, but it did. It really did. It showed children being sold out of the back of a van in New York City. And that led me on a trip to India where I saw children for sale in the street. I went into a brothel. I saw a rope tied to the end of the bed and they told me it was for a 14-year old who was working in the room that night and she had a one-year old child and they tethered the child to the bed while the mother was forced to work. You’re standing there thinking you’re in the middle of some horror film. This cannot be real life. But it was. Then I learned that it happens here (in the United States). They broke up a brothel one mile from my front door in Nashville with 12 girls under the age of 15. So it wasn’t just in India. It was in my front yard—literally. Because of that, I started the Home Foundation. We’ve gone through a rebranding and now it’s called Abolition International. But I started that foundation in 2005 and it just blows my mind what God has allowed us to do and what we’re continuing to do. The fight is massive. The problem is on such a massive scale that you can’t wrap you’re mind around it. Over 20 million people are still in slavery and most of them are young girls who are raped 20 and 30 times a night. How can you possibly even digest that? You can’t. When you think about it from that aspect, it can be very defeating. Why even fight? It’s too overwhelming. But one of the men in India that we worked closely with, he said, “We can only help the ones that God sends.” I love that. We try to do that as well. We try to help the ones He sends. We can’t sit here and think we’re going to save 20 million, because that’s too overwhelming and defeating and impossible. But you know what? We’ll do our best to save and help and free the ones that He sends.

And to learn how you can support Abolition International, click HERE.