Louie Giglio isn’t a recording artist, but his influence has been felt throughout the worship ministry for the better part of 20 years. Giglio is the founder and pastor of Passion City Church in Atlanta and the co-founder of the popular Passion Movement, which has become known for its annual conferences and gatherings that seek to unite young adults and college students in worship and prayer.

Giglio has also co-written several popular worship songs with Grammy Award winning worship leader Chris Tomlin including “Holy Is The Lord,” “Amazing Grace (My Chains Are Gone),” “Prepare The Way,” and “Be Glorified.”

In this Whole Notes interview, Giglio talks about his latest book Waiting Here For You: An Advent Journey of Hope and how he hopes people will rediscover some simple but powerful truths found in God’s Word:

Chad Bonham: Christmas is often celebrated and dreaded at the same time. How much of your book is about trying to get people to rediscover the joy of Christmas through the advent concept?

Louie Giglio: Absolutely, that’s part of it. But even more than that, it’s about helping people understand that life isn’t perfect and that’s the kind of world where Jesus showed up. He wasn’t born in a palace on a perfect day. He was born in the middle of the night during tax season to an unwed couple in a stable or a cave in a sheep field. That was God’s way of showing us that nothing is perfect. Life is chaotic. It’s messy. That’s what Jesus was stepping into. The advent season helps us back up a little bit and recover some of that hope for our lives.

Bonham: How would you describe Advent to someone who hasn’t heard of the concept or recognized the season?

Giglio: The word advent means “expectation.” What advent can do for us is create a sense of hope. That’s why the subtitle of the book is “An Advent Journey of Hope.” All of us are stuck somewhere between the pain of this world and the promise of God. There’s something that’s not right or not perfect or not the way we had hoped or dreamed that it was going to be. But God promises that He will use everything and every moment to ultimately take us to a new Heaven and a new Earth. For now, we’re stuck in the middle. Advent is the season that can remind us God is working while we’re waiting and we’re really waiting with God. If you’re waiting with God, waiting is okay. If you’re always waiting on God, you’ll be frustrated. God never seems to work at the speed that we want Him to. Advent allows us to recover during this four-week journey. It begins four Sundays before Christmas all the way up to Christmas. It lets us breath in those moments of faithfulness and helps us recognize that God is working. Even if we don’t see it, God is always working underneath the surface, behind the scenes and orchestrating His plans and purposes. We go from Malachi to Matthew in one page of our scriptures, but that one piece of paper that separates the Old Testament from the New Testament represents 400 years of history—400 years where there wasn’t a prophet, 400 years where God’s voice wasn’t heard. And that silence was broken with the cry of a baby on Christmas night. There are people who are waiting right now. They’re waiting on a marriage. They’re waiting on a baby to come. They’re waiting on a job or a breakthrough or a promise that God has given them. All these readings in the book are meant to point us to Christmas night and remind us that God is faithful. God is faithful. God is faithful. 400 years might go by, but never count God out.

Bonham: We don’t usually give much more thought to the Christmas story than a week or two in December. How would you encourage people to embrace this monumental story in our faith tradition throughout the year?

Giglio: The two great moments in human history are the day that Christ was born and the day He was raised from the dead. These are represented by Christmas and Easter—the two biggest holidays for the church. People who don’t even go to church do go on these days. We’ve got to recover the promise of God revealed at Christmas and the triumph of Jesus on Easter morning. We’ve got to somehow figure out how to weave those stories into the flow.

Bonham: What was the personal inspiration behind the book?

Giglio: This book wasn’t written for the perfect family. If there’s a perfect family out there, we’re all happy for that family. But most families aren’t perfect. Most families are living with some sort of challenge or some sort of difficulty. While I was writing this book, I was writing in the summertime. I was writing every day and thinking of a family, not a specific family, but a family going through cancer at Christmas. In every word that went on the page, I wanted it to matter to a family like that. They’re going to their treatment today. They’re going to radiation today. They’re not sure about the prognosis. They’re not certain about the outcome. They don’t need a nice little glib Christian devotion. They need truth that can be ballasts on a boat in the storm. Every day I sat down throughout that summer and I told God, “I want this to matter to a family going through cancer. If it matters to them, it will matter to all of us.” That was the lift. It wasn’t about writing a happy Christmas devotional. It was about giving people encouragement in the real challenges of life. That was last August. Then come Thanksgiving, our family was the family going through cancer. We got hit with a massive cancer diagnosis. We started going through Waiting Here For You as a family and we were the ones receiving the encouragement. We were that family. And we are that family again this Christmas. So I just need people to know that I’m not just somebody coming up with some nice devotional thoughts about Christmas. This is a book for people that are stuck in the middle of what they long for and hope for and the reality of God coming through on His promises in their lives. I believe that God is not lost. He is in the middle with us right now. If people will take a few moments and take this journey, hope will rise up in their hearts. I believe that.

Bonham: How intentional were you in creating a book that could be read and applied all year long, not such during Advent and the Christmas season?

Giglio: We almost put Christmas on the cover. I grew up in a church that didn’t observe Advent, so I didn’t really know what it was about until later in life. But to put the word Christmas on the cover, that might have pushed the book into the rush and the crush of the season. It’s certainly for that season but someone could pick it up in February or August and get something out of it. The Word of God isn’t for one particular season. It’s for every season. But in its specific application, it’s best read from Thanksgiving to Christmas. Then hopefully some people will go back to it and remember how a particular chapter impacted them. These are messages that apply to us through all seasons of life.

Bonham: In the past, you’ve had some powerful revelations about God—including the talk you gave about the cellular molecule known as laminin—that have really created some excitement within the church. Did you have any other eye-opening moments while researching and writing this book?

Giglio: There’s not a laminin molecule in the book (laughs). Those only come around once in a lifetime. You’re pretty thrilled when they do. The same thing happened with the tour that I did with Chris Tomlin and the symphony talk about the stars and the whales singing together with Chris. But this book doesn’t have a hidden curveball that people that people have never seen. It’s really about recovering the beauty of the simple truth that’s right in front of us. Sometimes that’s more profound than something we’ve never heard before. I hope people will walk away with that kind of fresh insight. But more importantly, I hope they walk way with Jesus’ face clearly in their view and in such a way that it anchors them no matter how high the waves or how strong the winds are in their lives. 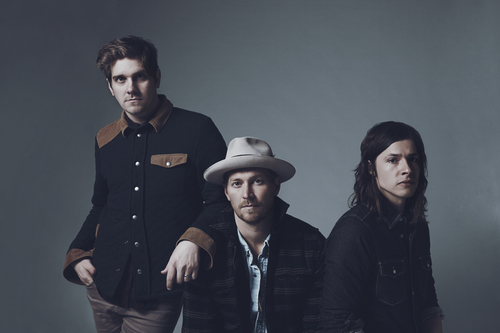 On Tuesday, April 22nd, Dove Award winning artist Francesca Battistelli releases her third studio album If We’re Honest. In preparation for the upcoming project, Whole Notes is exclusively premiering a video interview as the Grammy-nominated artist talks about her new music. Battistelli is fresh off the heels of a hugely successful Son of God tour […]