About four years ago, Downhere lead singer Marc Martel fronted a special performance of Queen’s “Bohemian Rhapsody” along with the worship band at Renaissance Church in Summit, New Jersey. Little did anyone know that the previously unheralded video would go viral to the tune of over 600,000 views.

Of course, the recent buzz is thanks to Martel’s own viral success with his performance of Queen’s “Somebody To Love,” which was recorded as an entry into a contest called the Queen Extravaganza. Winners will be chosen to tour as a Queen tribute band next summer.

According the Martel, the spike in public interest for the church has been yet another positive side benefit of his incredible story.

“It’s all about getting the right platform,” Martel told Whole Notes. “That things been up for a couple of years and wasn’t well known. As soon as I submitted something to something that was officially sanctioned by Queen, (the church’s video) automatically had more credibility. A couple days after my video went viral, I got an email from Steve, the worship leader at that church saying, ‘Hey! We’re sure loving riding your coattails on this. Would you mind adding the church’s website into the description of the video?’ I was all too happy to do that for them.”

Check out the video below to enjoy this phenomenal rendition of “Bohemian Rhapsody:” 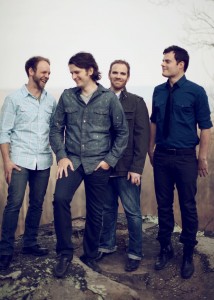