Jesus is the Ultimate Hero 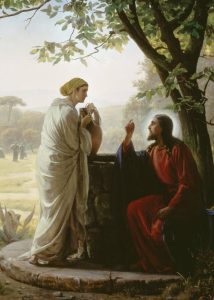 Jesus is the ultimate hero. People ask why He is and here are some of the answers.

Jesus came to this earth of immaculate conception by the Virgin Mary and he came to save you from your sins. He loves you enough that He wanted to teach people in Biblical times and in this day and age all about His goodness and mercy. He lived His life and began his ministry when He was 30 until He was 33. Those three years of teaching where the most important years on earth for Him.

He taught others how to come to know Him as their savior by saying, “I am the way the truth and the life. nobody comes to the father except through me.” He also taught them how to pray by teaching them the Lord’s prayer. He lived to bring you life and to teach you the most important thing in your life- your decision to believe in God or not.

Jesus gave up His life for you by dying on the cross. He chose to do it. He could have easily walked away from the ultimate responsibility of saving everyone but He loved you enough that He chose not to. He went through the most brutal abuse imaginable in order to save you. Think about it. He was so stressed out in the garden of Gethsemane about the task that His Father put before Him that He actually sweat blood. No one else has ever sweated blood in history, other than Jesus.

He even prayed three times for the cup of sorrow to be taken away from Him. Even though He didn’t want to face the inevitability of Him dying on the cross, He endured so much pain and suffering for you, purely out of His unwavering love for you.  He was not only savagely beaten before He was crucified. He had nails driven into both His hands and feet, a crown of thorns not just placed but driven into His head so much that it caused Him to bleed even more. He was suffocating as they lifted Him up on the cross and He died of suffocation.

He didn’t have to die a criminal’s death, but He chose to. He could have had the angels swoop down from Heaven to save Him, but even as the soldiers mocked Him and the other two thieves told Him, “if you are truly the Christ, save us and yourself.” He chose to love and forgive the people who had put Him there.  No one else had ever gone through that much abuse to save someone they love in this day and age. He is not only your Savior, He is your hero and everyone’s hero in every sense of the word.

3. His Miracles are Real

He wants to show you miracles are real. Look at the miracles he performed at the wedding in Cana, by turning the water into wine, the miracle of raising Lazarus from the dead, and, healing the sick and the blind and most importantly the miracle of Him raising to life again on the third day. All of those things prove that He works miracles. Look at the other miracles by feeding the five thousand people and calming the storm on the Sea of Galilee and walking on water and raising Lazarus from the dead and of Him being born out of immaculate conception. All of those stories are fascinating.

4. He Gives You Free Will
He has never forced you to believe in Him at any time of your life. He has given you signs as to what to look for and He has shown you signs of the wondrous things that He can do for your life, but He has never once told you or anyone else that you have to believe in Him. He gave you free will to choose whether or not you want to believe in Him.  If He didn’t give anybody free will, then we would all be robots. It is an honor to be given the chose to follow Him or not. How could anybody not want to

5. Everything Jesus Didn’t Do

Jesus is the ultimate hero because of what He did and because of what He didn’t do. For instance, He didn’t give in to temptation when Satan messed with Him. Even though He was tempted by Satan three times in the wilderness, He stood firm in His faith and recited scripture right back to Satan, even when Satan was saying scripture in order to tempt Him.   Jesus told Satan not to put the Lord to the test, to worship the Lord and serve God only and that man doesn’t just live by bread alone, but he lives on every word that comes from the mouth of God.

Jesus also didn’t ever give up on anyone. He was and is there for you at all times. All you have to do is call on Him in prayer and He listens to you. There is never a time where He doesn’t hear your cry. He sees your tears and silent pain as prayers too. Even if you don’t speak your prayers out loud, He hears them.

That’s why Jesus is the ultimate hero. 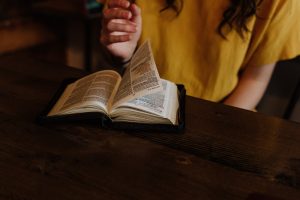