Calvin’s Commentary: Over the past four and a half years of the Obama reign I’ve read articles and watched YouTube videos of school children praying and singing to Obama. For the most part, I’ve ignored them and haven’t posted them on Watchwoman. Why? They are blasphemous. Therefore, I don’t want to give them any more airing. As any true Christian knows and responds to actions associated with this Bible-based worldview, there is ONLY ONE GOD and that is God Almighty, Our Father in Heaven, the Holy Triune God, of which there are Three Persons in One God-Head. That is why we pray in the Name of the Father, and of the Son and of the Holy Ghost. Amen? Not Obama or any man! However, when my DH came across this, he just had to share it with me and I simply have to share it with you. It was originally written in a bygone time when another Democratic President had put us into a deep depression. Today, not only is President Obama failing to make any really positive changes in the Great Recession (as the libs named it) he is now putting us on the brink of World War III by doing all he can to engage us in the current war in Syria. Pray for America’s U.S. Senators and U.S. House of Representatives to exercise rational thought and go along with 92% of the America people who do not want us to get involved in the Syrian civil war that is being waged between the Islamic terrorist group Al-Qaeda and the current Syrian regime headed by the Islamic evil Dictator Assad. Regardless of which side we help America is not served. Right now Obama is siding with Al-Qaeda the same group of Islamic terrorists behind 911 and the death of 3,000 Americans. Both sides hate the U.S.A. Neither side respects our American Values and Christian religion, upon which the U.S.A. and the western way of life was founded. Now read on. Enjoy the Parody of the 23rd Psalm found at Conservative Action Alerts. ▬  Donna Calvin ▬ Wednesday, September 4, 2013

[Please note originally this article was published with the wrong country named above.  The correct country is Syria and the correction has been made.  I’m very sorry.  9/5/13] 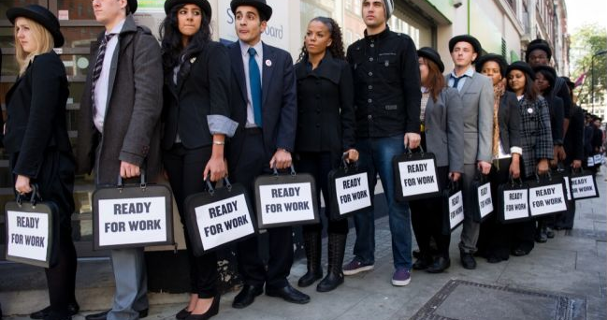 “Mr. Obama is my shepherd,
And I am in want;
He maketh me to lie down on park benches,
He leadeth me beside still factories,
He disturbeth my soul.
He leadeth me in paths of destitution for his party’s sake.
Yea, though I walk through the valley of the shadow of the
depression
I anticipate no recovery, for he is with me;
His policies, his diplomacies, they frighten me;
He prepareth a reduction in my income,
And in the presence of mine enemies
He anointeth my small income with taxes.
My expenses runneth over, –
Surely, unemployment, want, and poverty shall follow me all
the days of my life
And I shall dwell in a mortgaged home forever.”

Originally written as a “1938 Psalm,”
we swapped “Mr. Roosevelt” with “Mr. Obama”
to create a
Psalm for our time — not surprisingly, it fits almost perfectly.