Excerpt From Investor’s Business Daily…”Does anyone recall this study getting extensive media coverage or the current Democrat administration plugging its key findings of the study the Obama Administration requested?  Of course not. It doesn’t support their anti-Second Amendment, anti-gun ideology. It’s therefore ignored as if it never happened at all.” – – – [That’s media biased reporting combined with Obama-politics and power to quell.]

Bear with me, please…You will understand the connection between the full article shown right after “Calvin’s Commentary.” The full article is displayed directly below my analysis  Please, read both.  Thank you.

Calvin’s Commentary – Every year in Cleveland, Ohio, hundreds of guns are collected by the authorities in exchange for a gift of some kind usually equal to about a hundred dollars. Radio and TV stations advertise the gun drop off points and show policemen endorsing the surrendering of their fire arms.

OK, so if this has been going for several years in the greater Cleveland area, deaths from gunshot wounds should have decreased dramatically, right?

In fact, over the past several years, because I am a newsfreak, including viewing daily local news on more than one station, I have watched the murders by guns increase from about 1 per month years ago to about 1 per week, and during the last year about 1 a day.

Recently, it is not unusual to hear of more than one murder by gunshot wound per day – and the vast majority of those murders are committed in the black neighborhoods – black on black crime!

So what has the gun swap changed? Nothing for the better!

What will change it?

Certainly not pimp-poverty programs – free welfare for nearly everyone who asks for it!

However, School Vouchers for much better schools, given to poor people would certainly help improve the black neighborhoods where most of the black on black crime occurs, if the problem were poverty.

However, the Democrats, who are 99% of the elected officials in black neighborhoods are always against school vouchers.

Republicans, on the other hand, who are continually accused of being racists, favor them.

For example, President Obama, a member of a minority race, did away with the School Voucher Program in Washington DC, where black and other poorer minority students were having immense success with them, improving their attendance rates dramatically over the low participation rate of public government school students. Plus, the grades of students using school vouchers improved by leaps and bounds over public government schools, and most of all the graduation rate jumped to 95% for every one of those poorer, primarily minority students who attended schools while participating in the Voucher System at vastly superior schools.

But, because Obama and the entire Democratic Party are principally supported by the dues extracted from teachers in the public government school system through the National Education Association (NEA) and then donated to Democrat’s campaigns, Democrats are financially dependent and have a symbiotic relationship as they remain intertwined with the NEA. Democrat politicians depend upon the NEA to give them enough money to ensure their next election. It’s a perverse wheel in a motion of destruction.

Democrats depend on the unions, mainly the NEA, for M$O$N$E$Y – ton$ upon ton$ of it!

Public government school teachers are forced to join the NEA whether they want to or not.

The NEA doesn’t want school vouchers because that means they lose a student to a better competing school with a better success rate with students.

So the teacher’s union (NEA) hates school vouchers because school vouchers offer competitiveness to the public government school system that has continued to fail miserably.

The free market of competitiveness works. It makes for better schools.

But Democrats loathe the free market, competitiveness, school vouchers, even at the expense of the students they profess to care about.

So you tell me, whose the racist?

Those R’s who want school vouchers to add to the betterment of black and other minority children?

Or the D’s who deny black students and other minorities freedom of choice in the school voucher program?

So uneducated drop outs of poor black and other minorities continue to join gangs and rob and murder each other while decent parents believe the poverty pimps telling them to turn in their guns, surrender their 2nd Amendment rights, and they will make it all better!

The Article from Investor’s Business Daily

Second Amendment: The White House asked the Centers for Disease Control “to research the causes and prevention of gun violence.” We’re pretty sure that what the CDC found wasn’t what the White House was looking for.

The Democrats, and their media allies, obsess over some shootings while ignoring many others.

Kill innocents in a school or theater in large numbers, and the media will fixate on the tragedy while Democrats wail about America’s “gun culture.” 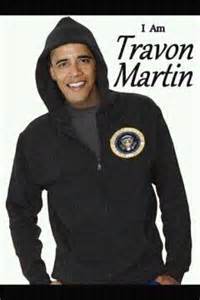 Shoot a minority who’s wearing a hoodie and the left twists the story into something it isn’t while the media turn the shooter into a “white” man, though he, too, is a minority — and an Obama supporter with a mixed ethnic background.

It was under these raw and highly charged circumstances that President Obama asked the CDC in January to perform the study. He was surely looking to manufacture a crisis that he could take advantage of.

What that study revealed, though, does not fit in with the media-Democrat message.

“Almost all national survey estimates indicate that defensive gun uses by victims are at least as common as offensive uses by criminals,” says the report, which was completed in June and ignored in the mainstream press.

The study, which was farmed out by the CDC to the Institute of Medicine and National Research Council, also revealed that while there were “about 300,000 violent crimes involving firearms in 2008,” the estimated number of defensive uses of guns ranges “from about 500,000 to more than 3 million per year.”

Here are a few more salient points from the study:

• “Whether gun restrictions reduce firearm-related violence is an unresolved issue.”
*

• “Studies that directly assessed the effect of actual defensive uses of guns have found consistently lower injury rates among gun-using crime victims compared with victims who used other self-protective strategies.”

• One “body of research” (Kleck and Gertz, 1995) cited by the study found “estimated annual gun use for self-defense” to be “up to 2.5 million incidents, suggesting that self-defense can be an important crime deterrent.”

• “There is empirical evidence that gun turn-in programs are ineffective.”

Does anyone recall this study getting extensive media coverage or the administration plugging its key findings? Of course not. It doesn’t support their anti-Second Amendment, anti-gun ideology. It’s therefore ignored as if it never happened at all. 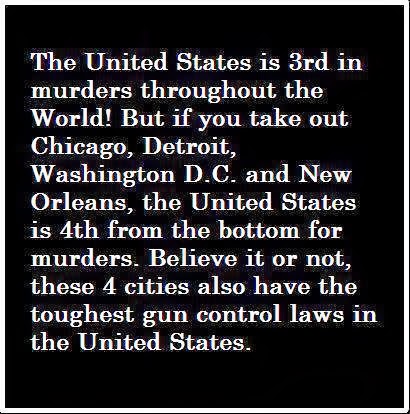