Video: Free at Last! Why a Statesman Left one party for freedom! (short video)

This will make your day!

HEAR THE TRUTH FROM A GOOD MAN!

Guillory said he has watched the Democrat party moving further left on gun rights, abortion, prayer in schools, big government spending, and the family,
but it was a shocking claim in the Senate that finally crossed a line. 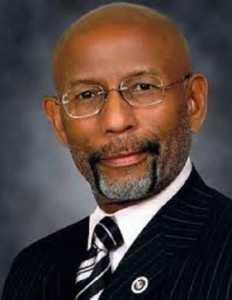 THIS COMPELLING VIDEO IS AMAZING!!!

IT SHOULD BE HEARD BY EVERY BLACK AMERICAN AND EVERY WHITE DEMOCRAT, ESPECIALLY THOSE WHO BELIEVE THE DEMOCRAT PARTY IS THE PARTY OF THE LITTLE GUY AND THE UNDER-REPRESENTED.

MR. GUILORY IS A WISE MAN, ELOQUENT, SUCCINCT, AND SHOULD BE HEARD FAR AND WIDE.

PLEASE FORWARD THIS TO EVERYONE IN YOUR ADDRESS BOOK!

GOD BLESS THE HONORABLE STATE SENATOR GUILORY FROM THE GREAT STATE OF LOUISIANA!

THE TRUTH IS A REAR COMMODITY COMING FROM A POLITICIAN!

SENATOR GUILORY IS NOT A POLITICIAN, HOWEVER, HE IS A STATESMAN!

“Why I left the Democrat Party”

What Was the ‘Last Straw’ for La. Senator Who Just Left ‘Plantation’ of the Democratic Party?

Louisiana State Sen. Elbert Guillory sent shock waves throughout the nation when he enthusiastically joined the Republican Party after a long life as a Democrat.  In a powerful video explaining his decision, Guillory likened the Democrat Party to a plantation, claiming the “charity” of the welfare state is nothing more than a tool to control.

He appeared on the Glenn Beck Radio Program Thursday to speak more about his decision, saying he’s been a fan of the program for years.

“I was dissatisfied with the principles and the values of the party of disappointment,” he began, “the Democrat Party in Louisiana.”

Guillory said he has watched the party moving further left on gun rights, abortion, prayer in schools, big government spending, and the family, but it was a shocking claim in the Senate that finally crossed a line.

When he heard Democrats claiming that if you oppose Obamacare, you’re a racist, Guillory said he couldn’t believe it.  His 103-year-old mother called him and said she didn’t want him associated with “anything like this,” despite the fact that she also has been a lifelong Democrat.

“It was the last straw,” Guillory reflected.

He has been called vile names and has been “taken to task” by the Democrat “hierarchy” in the wake of his comments, but Guillory said: “I’m very comfortable with who I am, doing what I’m doing.  It doesn’t hurt my feelings.”

When Beck asks how Guillory thinks the cycle of people “continuing to vote for the policies that are enslaving them and destroying their families” can be broken, Guillory said it is all goes back to education.

“We have to…uplift the level of basic education, but we also have to do some political education, and convince people that [just] taking a few little handouts, just having a subsistence living…that it will keep you on the plantation for the rest of your life,” he said.  “That’s not a life.  That’s not living. It’s not good enough. It’s not acceptable.  We have to educate our people…You have to get off the plantation, the government plantation.”