‘Truth Be Told’ – This Show is a Missed Opportunity

It’s so frustrating when you see a show that has so much potential but totally blows it. This is the case for NBC’s new comedy, Truth Be Told airing tonight at 8:30 p.m. In some ways, this show could have been the next I Love Lucy. Like Lucy, it features a likable cast (Mark-Paul Gosselaar, Vanessa Lachey, Tone Bell and Bresha Webb) who live next door to each other, are best friends and get involved in crazy misadventures together. But whereas Lucy is still one of TV’s best comedies of all time, Truth Be Told is not. Not by a long shot. Here is where creator writer and executive producer DJ Nash goes wrong:

1. Lack of Plot: The concept for the show is that these two diverse couples freely speak their mind on any subject. No conversation is too taboo. That’s not a terrible idea, but not a very useful one. The end result is a lot of banter and a lot of opinions being spread around that has nothing to do with the episode’s actual plot.

2. Too complex with no goal: Classic comedy shows typically featured just one storyline and many of the jokes related to that one storyline. Each episode was simple with a lot of build-up toward the end of the show. Each show was like a mini play with a beginning, middle and a great finale. Modern shows, like Truth Be Told, feature multiple storylines, too many unrelated jokes and no build-up whatsoever. What’s worse, when you get to the end, you wonder if the show is over or not, because it isn’t definite.

3. Crams in too much unwanted information: Since this review is based on the pilot episode, some grace must be given to the fact that the show crams a lot of information into its half-hour-ish long show. We learn about the occupations of all four characters (Mitch is a college ethics professor, Tracy is an attorney, Russell is a stand-up comic and Angie is pediatrician) though not one of them is shown at their jobs. We also learn that Angie is “on a clense,” Mitch and Tracy’s daughter is just as outspoken as they are, the couples enjoy eating at expensive ethnic restaurants, Mitch is a non-practicing Jew, Angie still communicates with her old boyfriend, Tracy hasn’t been out of the house for months … you get the idea. Most of this information could have served the show better if told in future episodes. Most of what I just described is not related to the central story of the episode.

4. The show is inconsistent. At the dinner table, Russell says a short prayer before eating dinner. Then in a later scene, he tells Mitch that he thinks he recognizes his buddy’s babysitter from a porno film and then shows Mitch a clip to make sure. What? Either the prayer was only used as a set up for a joke (which it was) and nothing more, or the writers do not have any idea how Christians try to live their lives. In a related scene earlier in the show, Mitch finds himself attracted to the hot babysitter and realizes that it would be too much temptation for him to keep her around. Instead of supporting him in this decision, his wife says that she trusts him and Russell’s wife tells Mitch that he’s harmless. Wouldn’t most women want to eliminate the source of lust in their home? In fact, later on, all four of them watch the X-rated clip to see if indeed that “actress” in the film is the babysitter. If so, they do not want her anywhere near their daughter, but they don’t seem to have a problem watching clip themselves.

5. Fake laughter. There is no excuse for a using a laugh track. Ever.

All in all, this show has little hope of succeeding except for the fact that it is airing opposite of ABC’s own line-up of bad Friday night comedies. 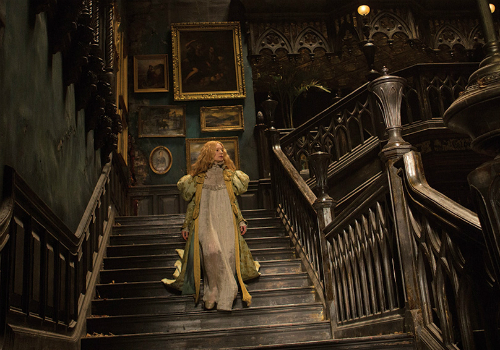