In what has truly felt like a long time ago in a galaxy far, far away, episode six of Star Wars: The Return of the Jedi played in theaters in 1983. Fans have been clamoring for more ever since. And even though director George Lucas tried to comfort fans by presenting prequels to the saga including The Phantom Menace (1999), Attack of the Clones (2002) and Revenge of the Sith (2005), it really wasn’t what they wanted. This film is.

Under the careful guidance of director J.J. Abrams, Star Wars: The Force Awakens brings fans what we all really want to see. Our friends. Sure, we can make new friends, but we have been waiting so long to see what happened to Luke Skywalker, Princess Leia, Han Sola, Chewbacca, R2D2 and C-3PO and in The Force Awakens, they’re all here. Some share more screen time than others – but they’re all here!

From the movie’s very first moment and trumpet blast cueing up the tradition theme, The Force Awakens brings you back to the very first time you saw the original Star Wars. With the reboot of Star Trek (2009), Abrams proved that he had a knack for recreating iconic moments in TV and film so that the new franchise feels familiar and yet brings something new as well. Episode seven of Star Wars is filled with callbacks to the original film with great humor, but none of it is overdone. It brings back the classic story of good vs. evil, with no extreme violence, no illicit sex or even swearing. It is truly the adventure film that you can take your five-year-old and grandma to at the same time.

In Episode seven, there is another disturbance in the Force. Luke Skywalker has gone missing and literally everyone in the universe is looking for him. Stormtroopers are attacking villages looking for clues and in a nice change of story, one Stormtrooper, later to be known as Finn (John Boyega), has a change of heart. As fate would have it, his path crosses with Rey’s (Daisy Ridley), an orphaned girl waiting for her family to return home and fighter Poe Dameron’s (Oscar Isaac). (I could tell you how and why, but that would spoil the fun of the film.)

The “new” Darth Vadar of this film is Kylo Ren (Adam Driver) who, in my opinion, the only weak link in this Star Wars chain. He should be scarier to look at, but he does have the attitude down. Well, sort of. Unlike Vadar who was able to control his temper and channel it, Kylo Ren tends to have a hissy fit.

Han Solo (Harrison Ford) looks and acts like he never left and of course, he is aided by the hairy Chewbacca (Peter Mayhew). Leia (Carrie Fisher) and Luke (Mark Hamill) look great too. Older, yes, but great. And move over R2-D2 (just a bit) there’s a new droid in town, BB-8 which resembles a beach ball with a hat and acts like a kitten compared to the older, wiser one.

The Force Awakens has everything you want in a Star Wars flick and nothing that you don’t. Jar Jar Binks is nowhere to be found, but neither are any of the ewoks. The characters go from a desert planet to one lush with green trees to the one covered in snow. The pace is faster than the original films and less “talky” too. More action takes the place of exposition. For diehard fans, that might be a disappointment, but for everyday fans of the genre, it is a welcomed change. You’ll, laugh, cheer and maybe shed a tear in this first film of many more to come.

For families of faith, the film represents the human condition. Good and evil are laid out just as striking as black and white and yet, characters that are truly good struggle just as much as those who are truly evil. Yes, there is some grey in the galaxy, but truth always prevails in the end and we wouldn’t want it any other way. 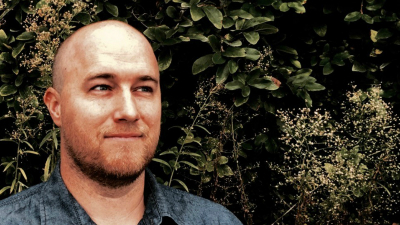 Christian Davis: Composer of Movies
archives most recent
More from Beliefnet and our partners
previous posts