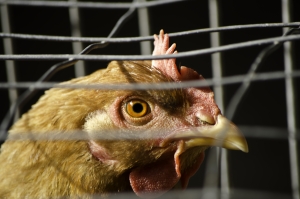 I read a book about the impact of childhood memories. The author, a well-known psychologist, wrote that if we recall our three most vivid memories, we’d see who we are. Or, he could describe to us what we’re like…something like that.

I’ve given it a lot of thought.

For me, traveling back in time always brings up a day in the back yard with chickens.

My hardworking parents, both raised on a farm, struggled to make a living in town for their eight-member family. Dad went off to work every day as the assistant manager-in-training at a dry cleaners. Mom mainly stayed home, although now and then she worked part-time jobs in retail.

One Saturday afternoon a former neighbor of Mom’s drove up in his truck. With the help of my parents, he unloaded two wooden crates carrying chickens—six in all. The poor birds were jittery, knowing they were out of their usual milieu. Frantic clucks and squawks leaked out of their beaks.

Mom and Dad ordered, “All kids to the back yard.” Dad would kill the chickens and Mom and the kids were to pluck out the feathers.

Dad pulled the first fluttering chicken from the crate. With the help of my oldest brother, he grasped the bird and stretched its neck over a tree stump. Then he axed its head off with one firm blow.

All of four years old, I stared, wide-eyed.

The beheaded chicken did not fall over dead. Instead, its wings flapped wildly as its body hopped around the yard.

Was it coming after us? To get revenge?

Was it coming after me?

I dashed madly for the house. Knowing I was expected to help with the plucking, I ran just inside the back door and hid behind the frame. I peeked out, shivering with fright.

In time the poor chicken gave up the fight and fell over. Finally at rest.

What’s so poignant to me about this memory is not the behavior of the beheaded chicken. It’s the people.

My parents acted like nothing unusual happened. My brothers laughed loudly. Dad went in and out of the back door and glanced at me hovering there, frightened.

But no one said anything to me.

No “This is how it is with chickens. I’ve seen it a hundred times. It’s OK.”

No “Are you frightened? Don’t worry. I’m here and I will always protect you.”

Amazingly, Mom, ever watchful for one of her children trying to avoid work, didn’t yell for me. She plucked the dirty, bloody feathers, standing by the garbage can, and expected us to follow suit. In time, I did.

Mr. psychologist is right. This memory is the kind of thing that shaped me. I grew up thinking:

– I’m on my own. No one looks out for me.
– I need to be very clever at reading people. Anticipate what they might do. Manage their expectations. Because there might be a hidden agenda.
– No one is in charge of the world making sure things turn out all right. I must be very, very good. Obey the rules. Who knew what God thought either?

I grew up insecure, to say the least. But the psychologist didn’t write the full story.

Now I see that the chicken memory, and others like it, played a critical role in developing me into the person I’ve become…the strength I’ve acquired…the talents I express…the causes I care about.

I needed experiences to push against. I needed to learn to overcome. My fears fueled my search for God. In a way, the frightening, beheaded chicken is one reason I write this column.

I know how important it is for people to be seen. Whether hiding behind the back door or trying to laugh the fear away, people must be told:

Do not ever lose the truth that all will be well. You are safe.

Go out and work and play with all you’ve got.

I’ve got your back.

Dear Reader, thanks for visiting ON FIRE. Your feedback is treasured. 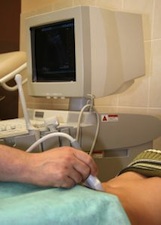 I read a book about the impact of childhood memories. The author, a well-known psychologist, wrote that if we recall our three most vivid memories, we’d see who we are. Or, he could describe to us what we’re like…something like that. I’ve given it a lot of thought. For me, traveling back in time always […]

Chaos Gave Me 4 Truths and a Path

My elderly father succumbed to a stroke. Then bed bugs arrived in the house I just completed decorating. The creepy, blood-sucking insects infested again and again. Thirdly, a new friend turned postal…frightening me with her behavior.My world teetered dangerously out of control. In the midst of chaos on multiple fronts, I faced realities I’d successfully […]

One Thing to do with your life

Think about it:  You didn’t ask to be born. You don’t know exactly where you came from or where you’re going—if anywhere—after you die.  Yet, you’re here. Living in this place and time.  For a reason?  You wonder, Who am I? and Why am I here?  It’s disturbing. We didn’t choose to be alive on […]

An Ex-boyfriend, Two Professors and ~ How To Coach Another Person

It was the worst time to fall apart. The final semester of my senior year in college was for completing projects and planning my future. Instead, I was depressed. Hardly able to get out of bed. Skipping classes. Doing the bare minimum, if that. The reason was my boyfriend—EX-boyfriend. Our break-up seemed right at the […]