The Astrology Of America’s Pluto Return: The Opposition (Late 1934-Early 1938) 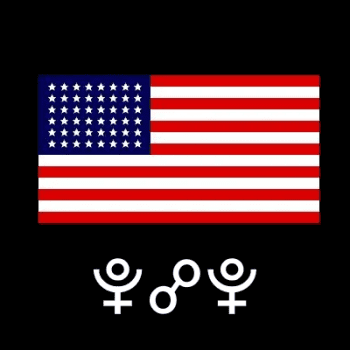 If you paid close attention to Part One, and then look at the title for Part Two, you’ll notice something interesting going on: America’s Pluto Squares are over with a lot sooner than the opposition. That’s because of Pluto’s highly elliptical orbit. America was “born” with Pluto in late Capricorn. Pluto blew through Scorpio in about 12 years but can take over 30 to get through Taurus. In other words: Pluto is currently “slowing down,” but things could be a lot worse.

ECONOMICS: America was in the grip of The Great Depression, which was triggered by the Stock Market Crash of 1929. Although a worldwide phenomenon, there is a strong argument to be made that it was triggered largely by American money and policies. President Franklin Delano Roosevelt responded with The New Deal, a series of government programs throughout the 1930s: public works spending (like Rural Electrification), banking reform, repealing Prohibition, and a lot more. The Dust Bowl (which started in 1934) sure didn’t help things, though. Mostly all of that economic stimulus worked, but things didn’t really experience a major boost until World War Two, which leads us to…

WAR: America pretty much stayed at home during this period. Sure there was trouble brewing in Europe, but that didn’t erupt until 1939, and America didn’t formally enter the war until late 1941.

HUMAN RELATIONS: Ever heard of “The German American Bund”? They were big fans of Hitler and his policies. They had one rally at Madison Square Gardens that had an attendance of over 20,000 people. There was a particular surge in lynchings in 1933. Segregation and systemic racism were, of course, still going strong.

DISEASE: Polio was in full swing, killing thousands each year and crippling many more. And of course, there was always tuberculosis. Business as usual, folks!

NEXT TIME: Reaganomics, a hole in the ozone, and AIDS.

Astrology For The Week Of January 17-23, 2022
archives most recent
More from Beliefnet and our partners
previous posts