The Astrology Of The Capitol Building Insurrection 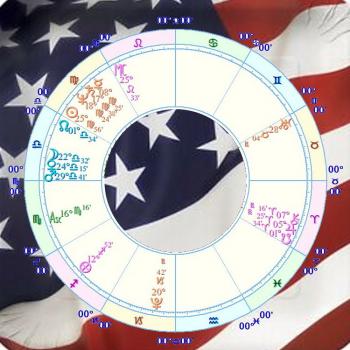 I don’t normally write about political things here, and that’s for a couple of very good reasons. One is in my contract. Another is — what, you don’t get enough of that everywhere else on the Internet? So bear with me while I look at the fascinating (and completely politics-free!) astrology of the January 6th riot at/invasion of the Capitol Building in Washington, DC.

People have birth charts, as do organizations, businesses, movies, and even buildings. We are fortunate to have a date, time, and place of “birth” for the Capitol Building. A friend (thanks Sharon!) pointed out to me that the cornerstone of the Capitol Building was formally laid in place on September 18, 1793 at 10 AM.

Overall, it’s a pretty decent chart for the endeavor. Yes, the Moon/Venus/Mars stellium in Libra is square Pluto, but we forgive the astrologer who chose this birth chart —

(Can I prove there was an astrologer involved? No I can’t. But I have my suspicions…)

–for Pluto not having been discovered yet. And yes, by Whole Sign Houses, that stellium is in the 12th House. Remember that this is a building, and not your crazy Uncle Dave, so set aside the urge to interpret anything weird or conspiratorial or paranormal or psychological or anything like that to this chart. Yes, by its nature, there is some “secrecy” going on in there. But keep in mind that back in the 1790s astrologers (and people in general) were less likely to try and play amateur psychologist with a birth chart. The 12th House rules “government offices,” and having the ruler of the 12th House (in the Sign it rules) actually in the 12th House? That’s some solid, old-school astrology, right there. Bonus points for having the Moon there, as the Moon rules the 9th House (law and government in general) of this chart.

You’ll also note that in this chart, Mars is in the always-strong anaretic (final) degree of the Sign it is debilitated in. One might observe that this could lead to a lot of arguing in there. But of course, that’s true of any government assembly, anywhere that has anything resembling a multi-party democracy.

Of course, even the best birth charts can be subject to bad transits. And at about 2:15 PM on January 6th, in an overheated political climate, things got out of hand. Transiting Mars was exactly opposite the Capitol Building’s natal Mars. This set up the potential for violence. Transiting Sun and Pluto were conjunct the Building’s natal Pluto, which didn’t exactly lead to civility. Finally, the Building’s natal Saturn/Neptune conjunction is being closely opposed by transiting Neptune.

If you were having your Pluto Return and transiting Neptune opposite your natal Neptune, a Mars transit like what happened January 6th could really cause some mayhem. But then again, you’ve got to live to about 250 years or so to get to that point… so why complain?

Mars Is In Taurus So Everything's Great Now... Right...?
archives most recent
More from Beliefnet and our partners
previous posts