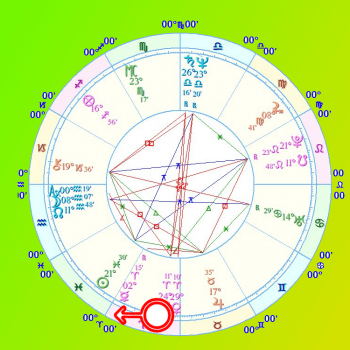 One of the uncomfortable truths about astrology is it each of the planets rule many different things, and that sometimes we wish those things wouldn’t travel together. Venus rules both sweetness and diabetes. Jupiter rules comedy and obesity. Neptune rules both higher spirituality and drugs, and so on.

Today I’d like to talk about Mars, which rules both the sex drive and the urge to violence. Specifically I will be talking about the very large and prominent Mars of Ron Jeremy. Ron Jeremy (born March 12th 1953, 4 AM, Flushing New York) is best known for a long career as an actor in the adult film industry. He has also recently been charged with four cases of sexual assault.

We shouldn’t be the least bit surprised that Ron has a powerful Mars. It is at 24 degrees Aries, the Sign that Mars rules. It is within conjunction range of his Venus in Aries. A Venus-Mars aspect in the birth chart often indicates a strong sex drive. Ron Jeremy’s Venus-Mars conjunction is further fuelled by a trine from Pluto in Leo and the opposition to both his Saturn and Neptune. One way or another, that’s a pretty powerful Mars. And by the way, that strongly plugged in Mars also has a lot to do with the physical attribute Ron Jeremy is best known for.

And no, I’m not talking about his body hair.

I often emphasize that astrology should not be too fatalistic. Your birth chart may be the hand you were dealt, but it’s still very much your choice as to how you play it. But once you have taken your actions, the transits to your birth chart can clearly illustrate what the consequences will be. And in this case, we’re not looking at Ron Jeremy’s Mars, we’re actually looking at his Venus.

You see, Venus is the ruler of Ron’s Ninth House. That pertains to legal matters. And Ron’s Venus at 29 Aries is going to be squared by Jupiter and Pluto and Saturn for the rest of this year. Under the circumstances, it seems very unlikely to me that he is going to walk away from these allegations without doing some time. Given those transiting planets squaring his Venus, and his Mars, and his Saturn, and his Neptune, it seems as if this is not going to go very well for Ron at all.

And I find that, although everyone is innocent until proven guilty and I try not to judge? I’m good with that. 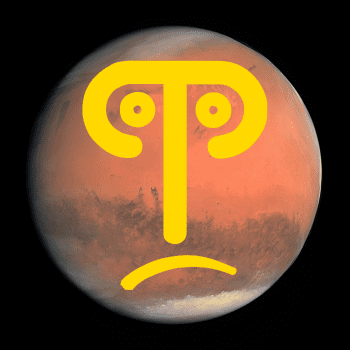 Six Months Of Mars In Aries: An Introduction
archives most recent
More from Beliefnet and our partners
previous posts

Astrology Of The Beirut Explosion

The nation of Lebanon, and indeed the entire world, experienced a major shockwave on August 4th when a gigantic explosion destroyed much of the city of Beirut. Although investigation and recovery are still a long way from being complete, it would appear that the explosion was the result of an industrial accident involving stored supplies […]

(This is part of the Mars in Aries series I will be running throughout the rest of this year. Mars is going to spend a ridiculously long time in Aries, and the more prepared you are for it, the better. CLICK HERE for the introduction to this series.) THIS WEEK: This week Mars spans the […]

Your Moon Astrology Forecast For August 2020

The August 2020 Horoscope For You (And Everyone Else)