Earlier today, Harvey Weinstein was found guilty on two counts of felony sex crime and rape, and found not guilty on two further counts. He has been taken to Rikers Island prison in New York to await sentencing. The minimum sentence for the crimes he was convicted of would be five years.

This is generally being taken as good news, and I agree. I wrote about him here once before, but as I said back then, “Using someone’s birth chart to reinforce your beliefs about them is the easiest thing to do in the world.” So I won’t be taking the easy way out by pointing out that his Mars in Scorpio on the ascendant gives him more of a sex drive than he can handle, or whatever. As with any astrological aspect or placement, your mileage may vary — based on both other aspects and (hopefully) the decision not to be a terrible person.

Obviously, this is a very sexual matter. But having a look at Harvey’s birth chart, I can’t help but think that looking at his sex drive is really missing the most important point of all this. More important in this case, I believe, is the nature of his ego. Let’s be honest with ourselves here: although sex was the means by which it came out, this was really all about Harvey feeding his own need to wield power and influence over others the same way a cruel child pulls legs off of an insect

In astrology, the point in the birth chart that.most lines up with our concept of “the ego” is the Sun. Take a look at the Sun in Harvey’s birth chart. It is in the last degree of Pisces. Any planet in the final degree of a Sign is considered to be pretty powerful. What can activate a powerful planet (for good or ill) is often dependant on the aspects that planet receives from other points in the birth chart.

And there is literally nothing holding back Harvey Weinstein’s Sun. There are no major aspects from any other placement in his chart at all. The closest is a trine to his Mars at 18 degrees Scorpio… but eleven degrees of orb is too much for my tastes, even with the Sun involved.

In my previous blog entry about Harvey, I related it to Jupiter in Scorpio and the #metoo movement. And now, as Jupiter in Capricorn approaches Pluto? Maybe it’s time for us to really start addressing the power imbalances that make something like the crimes of Harvey Weinstein possible. 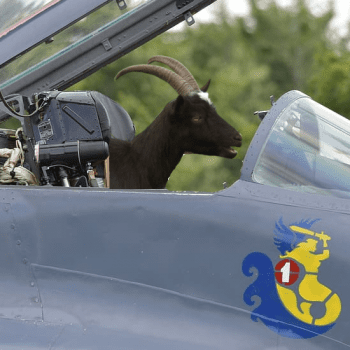 Mars In Capricorn 2020, Part Two: Prepare For Combat?
archives most recent
More from Beliefnet and our partners
previous posts

The April 2020 Horoscope For You (And Everyone Else)

Saturn In Aquarius: A Pandemic Of Hope

(Wondering what the next few months hold in store for you? Write me with your date, time, and place of birth — and I’ll send you a free sneak preview!) Brothers and Sisters: I won’t lie to you. We are facing difficult times and it looks like things will get worse before they get better. […]