Astrology And The Death Of Kobe Bryant

NBA legend Kobe Bryant and his daughter Gianna have died in a helicopter crash shortly before 10 AM on Sunday. He was 41, and she was 13. Could an astrologer have warned them of this in advance?

The answer to that is a little more complicated than you might think. Certainly, in hindsight, the transits are all there. We have a birth time of 5 PM for him, but this only has a Rodden rating of C. It does appear to work and be legitimate though, and the transits are pretty striking.

If we want to look at travel in the birth chart, we look at either the 3rd house or 9th house and their rulers. Since this was a relatively short trip, we’re going to go by the 3rd house rather than the 9th, which would be more in play if we were talking about a long distance trip.

Transiting Pluto is at 23 degrees Capricorn and Saturn is at 24 degrees Capricorn. These are both closely opposite Kobe’s natal Jupiter, which was at 27 degrees Cancer. Transiting Mars man is exactly conjunct his natal Neptune. Given that transiting Jupiter is also exactly square his natal Mars, it is possible that impulsiveness was a factor in the crash. Furthermore, in his secondary progressed chart, the Sun at 10 degrees Libra is conjunct his natal Mars (more impulsiveness or poor planning?).

And on top of all that, the Moon was Void of Course at the time of the crash, making a quincunx to his natal Jupiter. Things are always more likely to turn out wrong when they are initiated under that influence.

So in hindsight all the indicators of potential disaster are obvious. But could a qualified astrologer have warned him? That’s where things get tricky.

Even though we can see these things clearly now, a reading with an astrologer rarely covers things every single day at a time, and there is no specific reason why any ethical astrologer would predict his death in advance on that day unless that astrologer really knew what he or she was doing and had some reason to look. It’s entirely possible that an astrologer could have warned Kobe about travel that day, had the astrologer thought to look for it or had Kobe asked. Other than that, the best any astrologer would have probably done would be to give him some sort of warning about impulsive or ill-conceived trips around this time, including everything from driving to the corner store to taking a helicopter to a nearby town.

So certainly, if one is as much of a regular aficionado of helicopter travel as Kobe was, it’s worth focusing specifically on when those kinds of transits might be happening. Nonetheless, if Kobe has an astrologer? His astrologer is probably as startled as the rest of us at today’s news. 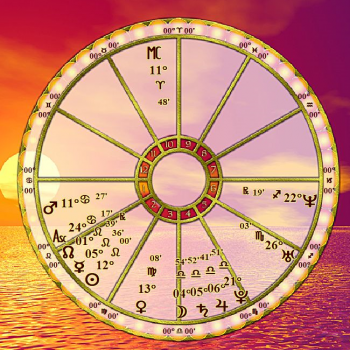 Astrology And The Breakdown Of A Family: Queen Elizabeth And Meghan Markle
archives most recent
More from Beliefnet and our partners
previous posts