I had originally planned a long look at the synastry between Queen Elizabeth II and her grand-daughter in law, Meghan Markle. The more I got into it, however, the more hesitant I became. Why? Because in reading around various non-astrological places on the internet about how people are responding to the Royal Family Breakup, there’s a whole lot of hate going on out there. It’s like people who know next to nothing about The Royals now feel they have to be on one side or the other.

I’m not going to contribute to that, even unintentionally. As mentioned previously, I’m trying to be as objective as I can. Nonetheless, I found a couple of very interesting things in the synastry between Elizabeth and Meghan that pertain specifically to the current “Royal Family Breakup.”

Queen Elizabeth’s “career” is essentially to be herself. Career is indicated by the Midheaven, and Elizabeth has a close Saturn-Midheaven conjunction in Scorpio. Her Midheaven is ruled by her Pluto, which is in a close trine to Elizabeth’s Venus. If you prefer traditional rulerships (as I often do), her Midheaven is ruled by Mars. Elizabeth’s Mars is conjunct her natal Jupiter, which is opposite her Neptune. It wouldn’t be too much of a stretch to say that “Queen Elizabeth has a great love and fondness for maintaining the traditions of The Royal Family.”

Going a little further with the “workplace” metaphor: Meghan’s Midheaven is at 11 degrees Aries, ruled by her Mars at 11 degrees Cancer. Elizabeth’s Pluto is at 12 degrees Cancer, thus totally messing with any career plans Meghan may have had about continuing her acting career (or anything else she may have had in mind for a career, if it conflicted in the least with the Royal Family image). Another indicator that Meghan may have felt restricted by Queen Elizabeth? Elizabeth’s Mars-Jupiter conjunction at 20-22 Aquarius is square Meghan’s Uranus at 26 Scorpio. And with Elizabeth’s Mercury in Aries closely opposite Meghan’s Moon in Libra, it may have been difficult for them to discuss things without some moodiness.

Of course, synastry is a two-way street — and not all the news is bad. Meghan’s Sun is conjunct to within about a tenth of a degree Elizabeth’s Moon. That’s usually a natural for “getting along with someone.” Unfortunately though, it doesn’t seem to have been enough to keep the Royal Family business entirely intact. 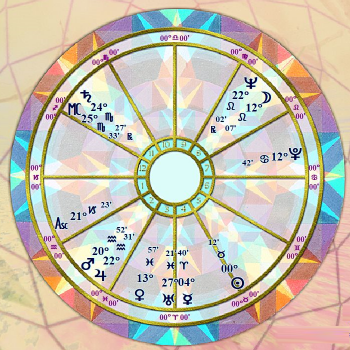 Astrology And The Breakdown Of A Family: Queen Elizabeth II
archives most recent
More from Beliefnet and our partners
previous posts