(CLICK HERE for the introduction to this series. And, for those of you with strong opinions either pro- or anti- any given member of the Royal Family, or of Royalty in general? I’m keeping this objective, so don’t expect any editorials from me on the matter.)

Even though none of the recent Royal Hub-bub is directly related to The Queen, as the (literal) matriarch of the family, we should expect to see something problematic with her transits. And sure enough, we do.

THE PLAYER:
Elizabeth Alexandra Mary Windsor, but to you? Her Majesty The Queen.

THE TRANSITS:
Transiting Saturn conjunct Pluto, conjunct natal Ascendant and South Node.
This transit in general would tend to be difficult for anyone as far as (literal or physical) appearance, and we can make a case that this is exactly the case for the Royal Family as a whole. With The Queen being the most prominent member of that family, this certainly appears to be the case. Saturn and Pluto conjunct the South Node says something about “disruptions to your karmic destiny.” But in a more literal/practical interpretation could also be “a disruption to family dynasty.”

Transiting Saturn conjunct Pluto, sextile natal Saturn and Midheaven, and sextile Uranus.
Meanwhile, Saturn and Pluto seem to be helping The Queen’s Midheaven (career/”life calling”), and with Saturn also being her Ascendant ruler, this is probably taking the worst edge off of the previously-mentioned transits to her Ascendant. Also, if we use Saturn as the traditional ruler of The Queen’s Second House, could this imply that having Harry and Meghan off the royal payroll is somehow good news for Elizabeth’s bank balance?

Transiting Uranus conjunct natal Sun
The Sun is the ruler of Mercury, which in turn rules her Ninth House: grandchildren. Harry is her grandson, and Meghan is his wife. Uranus brings “unusual circumstances.” Transits aren’t normally this blatantly clear-cut, but there you have it.

Transiting Neptune conjunct natal Venus
Meanwhile, transiting Neptune has been back and forth all over Elizabeth’s Venus for the next couple of years. This is particularly important for her as Venus is the ruler of her Fifth House (her children). It should be noted that this transit is more “behind her” than “ahead of her,” which is why the spotlight is on her grandchildren rather than her second born son Andrew. Remember him? The guy who was suspended from Royal Duties over his friendship with Jeffrey Epstein all the way back, long ago in November 2019? My, how time flies…

Transiting Nodes square natal Mercury
Again, Mercury rules The Queen’s “House of Grandchildren,” and a square from the Nodes could indicate disruptions based on “karma.” You know, like when the grandson you love largely bails on your family out of fears that the paparazzi will literally drive her to her death, which is exactly what happened with Harry’s mom, who Elizabeth allegedly didn’t like all that much either. Just sayin’.

UPCOMING: Transiting Saturn square natal Sun
For most of 2020 Saturn in early Aquarius will be square the Queen’s Sun, while the Nodes will be square her Mercury (the ruler of her Sixht House — health) for the first half of 2020. Combined, these two transits could indictae medical problems. But honestly? Saying “a 93 year old woman may have some health issues in the next year” is kind of shooting fish in a barrel, isn’t it?

THE PROGNOSIS:
Queen Elizabeth has outlasted the abdication of her uncle Edward VIII over marrying a controversial American woman (what was that about “family karma”?), The Battle Of Britain, and The Sex Pistols. She ain’t goin’ nowhere, folks. 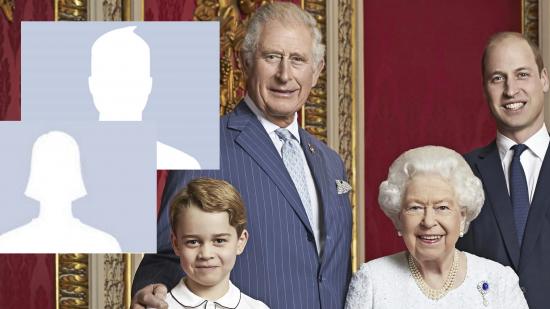 Astrology And The Breakdown Of A Family: Introduction
archives most recent
More from Beliefnet and our partners
previous posts