Astrology Of 2020: The Mars Report 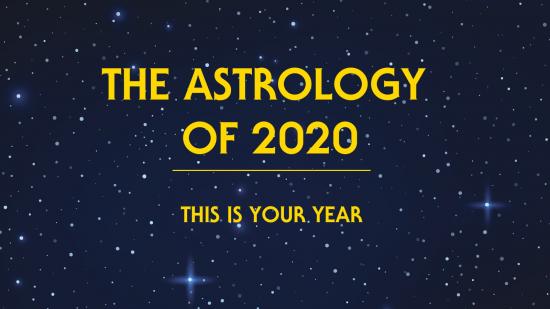 (Wondering what 2020 holds in store for you? Write me with your date, time, and place of birth — and send you a free sneak preview!)

When looking at the major transits in a year, it’s easy to overlook the role of Mars. That’s unfortunate, because not only is Mars powerful in its own right, but because it often serves as a trigger for the larger and more dramatic transits in play at any given time. The Saturn-Pluto conjunction, for example, is technically “done” in January 2020, but it remains in orb for some time. A Mars transit to that point can cause the eruption you’ve halfway expected from it for the last year.

And let’s not forget: a Mars transit can be a good thing too. It can give you the push you need to get things done. It can burst bubbles that need to be burst. In either case, I’ve listed the exact dates of each of the major Mars transits below, but add plus or minus about ten days for the transit to be in effect.

-January 26: Venus (Pisces) square Mars 16 Sagittarius)
-January 28: Mars (16 Sagittarius) square Neptune (Pisces)
An interesting combination. One could argue that this will make for a lot of romantic and/or sexual delusion. One could also argue that a little delusion makes romantic and/or sexual pursuits more fun. Personally? I’d look before I leap.

-June 18: Mars (24 Pisces) sextile Pluto
-June 18: Mars sextile Jupiter
Once again, Saturn-Pluto people take note. For many of us, this could provide some healing.

And that’s it. No, really! Thanks to a long retrograde, Mars is in Aries from late June until early 2021, passing into 28 degrees Aries, then backing all the way up to 15 degrees Aries, then hitting all of those degrees again. This means that during that period many of the aspects Mars makes to various points in your chart will happen more than once — or as I like to think of it: “the truck hits you, the truck backs over you, then the truck hits you again.”

Okay, it doesn’t have to be that bad. But it’s definitely going to be a drag for some of us, especially those members of the Saturn-Pluto Club who have had enough, already. 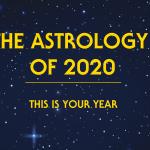 Astrology Of 2020: The Retrogrades
archives most recent
More from Beliefnet and our partners
previous posts

The November 2020 Horoscope For You (And Everyone Else)

Sacha Baron Cohen (born October 13th 1971, time unknown, London England) is a comedian — but not a typical stand-up telling jokes. He’s a chameleon who vanishes into roles and, rather than make jokes about the hypocrisy of others, he plays into their worldview until they expose themselves. In other words: he’s the comedic equivalent […]

(This is part of the Mars in Aries series I will be running throughout the rest of this year. Mars is going to spend a ridiculously long time in Aries, and the more prepared you are for it, the better. CLICK HERE for the introduction to this series.) THIS WEEK: Mars covers the distance between […]

Good News From Saturn And Pluto In Capricorn?

It seems like whenever I talk about Saturn and Pluto in Capricorn, it’s always within the context of something terrible going on. Admittedly, since the conjunction between the two planets was exact earlier this year, the world has been kind of a wreck. And yet it’s not as if on any given day everyone on […]