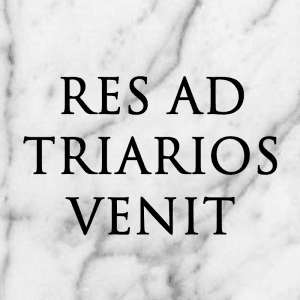 Pluto has been hovering between 15 and 23 degrees of Capricorn since 2016. For many people this has been incredibly stressful time. Pluto transits can be incredibly challenging to navigate. After all, Pluto is the one planet that most enjoys a good explosion (sorry Mars, you’re better at knife-fighting than with demolitions).

You might think that the best way to deal with a Pluto issue is to attack it head-first — but that’s not always the case, and it’s not always possible.

The ancient Romans, for much of their history, divided their Legions into three groups. First up front were the young hotshots: those who were most ready to plunge into battle and make a name for themselves. As you can well imagine, this group tended to get themselves killed a lot.

Saturn entered Capricorn in late 2017. As you can well imagine for people with major placements in the Cardinal Signs (Aries, Cancer, Libra, and Capricorn), this was not the most welcome news. Pluto was making things tense, and the chill wind of common sense that Saturn often brings with it seemed to many people to be just adding heaviness and depression to the mix. And for most of this year, Saturn has been within conjunction range of Pluto.

The surviving young and ambitious ones eventually graduated to the second rank. They had a little more prestige and were generally better armed. Of course, being a soldier is an inherently risky profession, and even having a bunch of young maniacs up ahead of you taking the worst of it doesn’t guarantee you’re going to get through the battle unharmed.

On Tuesday, there will be a Lunar Eclipse in Capricorn closely conjunct Pluto. This conjunction happens at almost the exact degree of the Saturn-Pluto conjunction at in January of 2020. People who follow astrology often get particularly nervous about Eclipses. If nothing else, they certainly seem to play hell with people’s emotions sometimes. And when you’re under the influence of troublesome Saturn and Pluto transits, who needs that on top of everything else?

And then there were the Triarii (tree-ARE-ee-eye): the most experienced and best armed soldiers of the lot. Roman Rambos, essentially. Many times, if a battle was going well for the Romans, the leader would hold the Triarii back and leaving to sit on their shields and be bored until the battle was over. Why waste your best resources?

This led to a common expression in the Roman world: Res ad Triarii venit. A basic English translation would be something like “it’s come down to the Triarii.” This expression actually has two meanings. The most common one you will find is that it means “wow, this is really serious!” But it also has a connotation of “it’s time for the adults in the room to roll up their sleeves and fix this.”

So, Dear Reader: Res ad Triarii venit. This may be serious, but… let’s fix this, shall we? 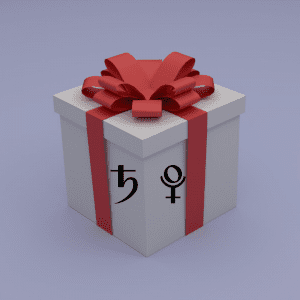 Some Good News About "Bad" Transits!
archives most recent
More from Beliefnet and our partners
previous posts