How To Be An Awesome Astro-Psychologist! 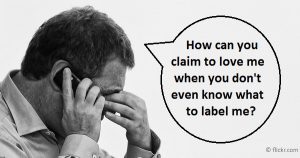 Learning astrology is all fine and well, but it doesn’t mean a whole lot until one applies it to the human condition. That’s where psychology comes in. Psychology is a complex and challenging way to make a living, and requires years of study and discipline. But as with many things in life, if you learn a bit of jargon it’s easy to fake it. As Cardinal Spencer observed to Pope Pius XIII on The Young Pope, psychology is “the one profession that involves no work and a great deal of money that we let slip through our fingers”).

Likewise, some people are able to bluff their way through being an astrologer. Present yourself as a guru, memorize some buzzwords, and make up some stuff about a few obscure asteroids and you’re halfway there.  For example, study the works of Reverend Doctor Guru Onan Gupta to see how it’s done.

Put bad pop psychology and bad astrology together, and you too can become an Astro-Psychologist without any training or talent at all! In fact, I can give  you all you need to get started in this one blog entry. Just follow the advice I’ve given you so far, and practice the two easy lessons I’m about to show you. Send me $49.85 and I’ll mail your Doctoral Certificate in Astro-Proctology, suitable for framing or making the banner on your web site!

LESSON ONE – CHANNEL SOME PROFITS!

You aren’t just an astrologer… you’re a psychic clairvoyant channeler! That way, when you either run out of snappy astrological patter or (worst case scenario) are dealing with a client who knows enough astrology to possibly figure out that you’re bluffing, you can suddenly stiffen, roll your eyes skyward, change the tone of your voice, and instantly change the subject by saying something like “Do you have a dead relative whose name started with a consonant… or no, wait, a vowel?” or “Wait… I’m getting a message from a childhood pet…” or the classic “Do you know someone with shoes? Brown shoes? Black shoes? White shoes? Why am I seeing shoes? I think it could be your soul mate, or possibly an assassin who’s looking for you. This could take a while. Do you have more cash?”

Pop Psychology boils down to two simple elements: know what’s hot of late in self-help groups on Facebook, and delivering your lines with a straight face. Here are the terms you need to know:

Empath:  One who has a high degree of sensitivity and caring to the feelings of others, to the point it can become a problem. If your client is occasionally saddened by ads about abandoned animals or starving children, it’s because they have a unique and wonderful super power. Please note that one of the most common signs that your client is an empath is that he/she is highly responsive to flattery.

Psychopath: Anyone who hurts an empath’s feelings, especially within the context of the breakup of a romantic relationship. Symptoms include having different tastes in movies or TV or music than an empath does, or forgetting to pick something up from the store twice in a row.

Caring and Concerned: What empaths are when they express negative feelings.

Rageaholic: What sociopaths or psychopaths are when they express their negative feelings to an empath.

Gaslighting: An evil form of mind control used by sociopaths or psychopaths to trick an empath into believing something is not true or incorrect. Examples include “You put spyware on my computer? Are you crazy?” or “No, I don’t have to agree with your mother about everything — that would be nuts!”

Indigo Child: The offspring of an empath. An evolved soul who expresses him/herself freely and does not like being disciplined.

Demon Child: The offspring of a sociopath or psychopath. May occasionally require discipline. Inherently inferior to an Indigo Child in every way.

Soulmate: That person you’ve been on three really good dates with.

Twin Flame: That same person after you’ve been in a good relationship for three months.

Satan Incarnate: That same person after you’ve lived with him/her for six months.

Finally, when in doubt: if you are discussing a client’s ex, simply memorize this formula and you are sure to win over a new regular customer:

“Well, no wonder your ex turned out to be <gaslighting rageaholic/Satan Incarnate>… he/she has <Sun Sign> combined with <Moon Sign> and a badly aspected <name of asteroid even most astronomers have never heard of>. That’s exactly the kind of person who thrives on exploiting a caring empath like yourself! You brought cash, right?”

Adele At The Grammys: Astrology Of An F-Bomb
archives most recent
More from Beliefnet and our partners
previous posts