About That Crashing Noise You Heard Tuesday Night… 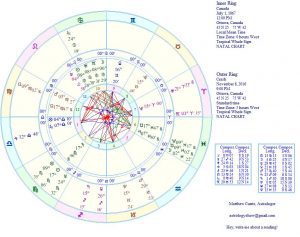 If you’ve been doing astrology readings for people as long as I have, there are a couple of things you soon learn. One is that the transits which cause people the most trouble will eventually end to be replaced with better days… and another is that one person’s bad transit can be good news for someone else.

Like millions of others yesterday, I too was alarmed by the news story that had everyone’s attention: the web site for Citizenship and Immigration Canada crashed, and was down until the next morning.

I, of course, was immediately drawn to look at the astrology involved, and I can honestly assure you all: Canada is going to be just fine. The Neptune-South Node conjunction and the Saturn-Neptune square have both played havoc with people’s lives lately. Some countries, notably those born within certain parts of the latter 1700s, have been experiencing a square to their natal Uranus. That’s the sort of transit that could really mess with a nation’s sense of stability. It’s the sort of thing where weird stuff like having an election process subverted by vapid clickbait and foreign espionage could happen. How weird would that be?

So it’s natural to wonder if Canada is immune. After all, why was there a sudden huge influx of traffic to its official immigration web site on Tuesday evening? The transiting Sun was exactly conjunct Canada’s natal Saturn, which could indicate a temporary increase in worries. That, and transiting Saturn is approaching the opposition to Canada’s natal Venus. A sharp increase in concern for a loved one or a friend, perhaps?

The truth is, while other people and places are getting a huge and fantastic screwing from Neptune in Pisces, Canada appears to be benefiting from it. It’s trine the country’s Sun-Uranus conjunction, which indicates that creative individualism could combine with inspiration and hope to make some really great things happen. Transiting Neptune and the South Node are also conjunct Canada’s natal Jupiter, which indicates relatively pleasant times and an accrual of benefits. That’s good, because Canada is normally a quiet and polite kind of place, not in a hurry to bellow about its own greatness or do anything too stupid in an attempt to prove that to itself or anyone else. It’s a good thing when that sort of thing pays off, isn’t it?

Canada is nice, and it’s nice to see that pay off. So, no matter what tribulations you may be facing now and in the near future, keep in mind that if you stick around long enough that conditions can and will change, eventually for the better. Besides, it’s not as if you were born in July of 1776 instead of 1867, as Canada was or something… in which case four years from now in November 2020 transiting Neptune would be square your Mars, and you’d be having your Pluto Return.

Aren’t you glad you don’t have to put up with the noise from a neighbor facing those transits?

Now: quit worrying. However messed up your world may feel today, take a deep breath and get back to work. That’s how the future is built.